Anticipating and Fixing the NBA’s Next Big Problem: Why Basketball Academies are the Future Solution to Axing One-and-Done 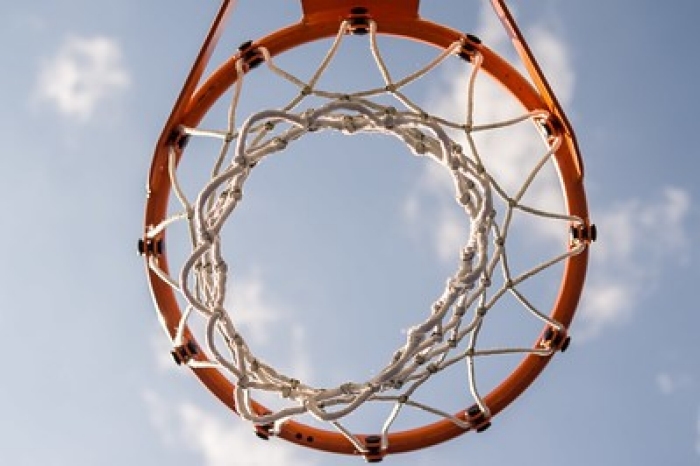 Carmelo Anthony, Anthony Davis, Kevin Durant, Derrick Rose, Ben Simmons, Zion Williamson…The one-and-done player has become a staple of Division I college basketball and a dominant presence in the NBA draft since the NBA’s implementation of the rule in 2006.[1] In response to NBA teams’ concerns that unprepared high school kids were entering the league without proper evaluation, the league created a rule that set a minimum age for draft eligibility at 19 years old and requires players to be one year removed from high school.[2] The effect of this rule is that many elite high school men’s basketball players play ‘one’ season in college and when the season is ‘done’ these players enter the NBA Draft.[3] But beginning in 2022, this rule may no longer exist.[4]

NBA Commissioner, Adam Silver, has voiced support for the elimination of the rule in the aftermath of the FBI investigation into several figures surrounding college and AAU basketball.[5] Unfortunately, the elimination of the one-and-done simply places the NCAA and NBA back where they were in the early 2000s.[6] To find a solution that alleviates the concerns surrounding AAU and college recruiting while addressing player preparedness and development, the NBA should look to a system devised by the world’s most popular game: the soccer club academy system.[7]

Background of the Soccer Academy System

The American system of developing athletes is unique compared to the professional soccer leagues in Europe.[8] European clubs like Barcelona and Ajax take the identification and development of young athletes into their own hands to the benefit of both the players and the team.[9] These European clubs bring promising players as young as six years old into their academies.[10] The young athletes are given free access to world-class training and are placed into an environment that is more focused on player development and health than on winning meaningless youth level games.[11]

A club’s investment into youth development also benefits the team itself.[12] Players who excel in the academy can eventually sign professional contracts with the senior team and become important cornerstone pieces on championship-winning teams.[13] By the time these players join the senior team, they have been exposed to the level of commitment and professionalism it takes to excel as an elite athlete.[14] Further, academy athletes’ skill development benefits from the stability of playing for a single team year-round.[15] Even if a player does not play for the senior team of the organization that helped develop him, the team can still generate a return on its investment by “selling” the player off to a different team and using the profits to reinvest in the club.[16]

The European academy model is not completely foreign to American sports. MLS teams have taken great strides over the last decade to replicate the academy system in the United States.[17] These MLS teams have created the blueprint for instituting development academies that both comply with U.S. child labor laws and fit into the overall landscape of American sports.[18] Prominent figures in the NBA have also highlighted the superiority of the European system over the American model.[19] Mark Cuban, owner of the Dallas Mavericks, has voiced support for the establishment of team-run player development academies in the NBA.[20] Cuban believes that these academies can help develop professional players “without some of the extraneous interference” and negative influences that crop up in AAU basketball.[21]

In 2015, the late Kobe Bryant also criticized the AAU system for treating young players like “cash cows” rather than teaching players the fundamentals of the game.[22] Like Cuban, Bryant expressed his admiration for the way European players are developed, stating that European players are more skillful than American players because they are “taught the game the right way at an early age.”[23] As development academies become more normalized in the United States through MLS, and as basketball continues to grow in international popularity, it is not unrealistic to assume that others in the NBA community will warm to the idea of implementing a similar system.[24]

The Implementation of Academies in the NBA

If the NBA were to develop an academy system, the entire landscape of youth and collegiate sports would significantly change. [25]But how should the NBA go about implementing this European model?

There are a variety of ways the NBA could create a development academy system, but the league should look to MLS for guidance and avoid reinventing the wheel.[26] The NBA should deviate from the MLS academy model where needed in order accommodate the differences between the two sports and league structures.[27] Additionally, the NBA should study the effectiveness of international basketball academies and adjust and improve on these systems to operate in the United States.[28]

The initial implementation of an academy system should be a slow roll out, allowing teams to lay down needed infrastructure and hire additional personnel.[29] However, the NBA should allow teams to go at their own pace in terms of expanding the number of age groups in the academy.[30] Also, teams should be given the freedom to experiment with how their academies operate to allow for ambitious teams to find competitive advantages over other teams.[31]

A major concern with a location-based development academy system is that small market teams may be at a disadvantage if there is not a deep talent pool in their respective geographical regions.[32] The NBA will likely need to establish some additional roster rules to maintain some level of parity between teams while still allowing teams who heavily invest in development to benefit from the fruits of their labor.[33] With this will probably come adjustments to the NBA draft. If each team extensively invests in development academies, it is very possible that the NBA draft will eventually focus mostly on international players and late bloomers from college.[34] In order to keep the draft as an important tool for maintaining parity, the NBA may want to implement rules allowing teams to draft academy players of a certain age from other teams’ if that player has not already signed with the senior team.[35] Attached to this mechanism could be a set amount of monetary compensation a team is required to pay for drafting an academy player of another team.[36]

Finally, the NBA should continue to invest in the G-League as a way of allowing promising academy players to get a feel for professional basketball before being exposed to the bright lights of an NBA arena.[37]

While these changes would drastically affect the development of elite basketball players in the United States, there will still be a place for the NCAA and AAU.[38] Most young basketball players will not join an academy.[39] But creating a system that removes the most elite talent from the general player pool will allow the NCAA and AAU to return their focus to where it should have been all along: with the personal development and celebration of the amateur athlete.[40]

[6] See Medcalf, supra note 1 (explaining that NBA owners implemented the one-and-done rule to give teams more time to evaluate prospects and to allow players to mature before entering the league).

[12] See Tjarks, supra note 8 (explaining the use of solidarity payments in international soccer and the difficulty of implementing this type of compensation in the United States).

[14]See Tjarks, supra note 8 (discussing how players interested in becoming professional athletes will prefer developing in an academy over playing in college).

[16] See id. (explaining how selling a player to a bigger club pays for training other academy players).

[21] Id. (examining some of the negative influences that can appear around star prospects in AAU basketball).

[23] See id. (explaining some of the differences between the American development model and the European model).

[26] See generally Tjarks, supra note 8 (highlighting the success that FC Dallas has had in implementing a development academy).

[27] See generally Miriam Quick, How does a football transfer work?, BBC (Aug. 28, 2017), https://www.bbc.com/worklife/article/20170829-how-does-a-football-transfer-work (explaining soccer’s transfer system (explaining the international football transfer market). International soccer has established systems for player transactions that are fundamentally different from most American sports leagues, thus any development system in the NBA will have marked differences from a soccer development system.

[28] See What are NBA Academies?, NBA Academy, https://nbaacademy.nba.com/ (last visited May 7, 2020) (describing international academies the NBA already has in place).

[30] See Bailey Brautigan and Nick DeSantis, Here’s How Every NBA Team Makes Its Money, Visualized, Forbes (Mar. 21, 2016), https://www.forbes.com/sites/baileybrautigan/2016/03/21/where-all-that-money-comes-from-nba-team-valuations-visualized/#5131cab3444f (illustrating the vastly different revenue streams available to each NBA team). Because there is a wide disparity in the markets for each NBA team, every team must have some level of autonomy in deciding what methods of player acquisition work best for them.

[31] See Will Parchman, How They Rank: The best MLS academies, Top Drawer Soccer (Jan. 20, 2017), https://www.topdrawersoccer.com/club-soccer-articles/how-they-rank:-the-best-mls-academies_aid41352 (highlighting the varying degrees of effectiveness of each MLS academy).

[33] See Dean Jones, How Can MLS Become One of the World’s Top Leagues?, Bleacher Report (March 1, 2019), https://bleacherreport.com/articles/2822617-how-can-mls-become-one-of-the-worlds-top-leagues (explaining how MLS uses mechanisms like the salary cap and designated players to maintain parity among teams).

[34] See Schaerlaekens, supra note 8 (predicting that the MLS SuperDraft would become a tool to grab late bloomers and reserve players).

[36] See id. (explaining solidarity payments and the difficulty of implementing them in MLS).

[37] See Matt Norlander, The G League will soon find out if investing millions of dollars in high school prospects is worth the effort, CBS Sports (Apr. 16, 2020), https://www.cbssports.com/college-basketball/news/the-g-league-will-soon-find-out-if-investing-millions-of-dollars-in-high-school-prospects-is-worth-the-effort/ (analyzing the NBA and the G League’s new strategy of offering six figure contracts to top high school prospects).

[38] See Schaerlaekens, supra note 8 (arguing that there will still be a place for college soccer once MLS teams create development academies).

[39] See id. (stating that college soccer will remain for those who are not elite enough to play in an academy and arguing that this is good for the game overall).