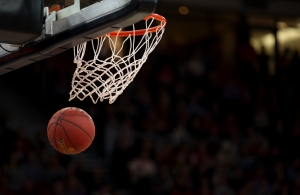 “Congress shall make no law respecting an establishment of religion, or prohibiting the free exercise thereof; or abridging the freedom of speech, or of the press; or the right of the people peaceably to assemble, and to petition the government for a redress of grievances.”[1]

The First Amendment of the United States Constitution, likely the most well-known component of the Bill of Rights, is often characterized as one of the cornerstones of American democracy.[2] Perhaps the most oft-cited and frequently debated aspect of the First Amendment is the right to freedom of speech.[3] Considered “one of the founding principles of the United States[,] . . . freedom of speech grants all Americans the liberty to . . . speak their minds without fear of being censored or persecuted.”[4]

The right to freedom of speech does have boundaries, as “people’s individual rights must be balanced against the rights of society.”[5] Historically, courts have played an important role in establishing these limitations, as disputes over First Amendment rights have required “continuing interpretation by the courts” of highly-controversial subject matter.[6] While the many cases involving freedom of speech provide invaluable insight into the magnitude of the protection offered by the First Amendment, the recent conflict between the National Basketball Association (“NBA”) and the Chinese government raises critical questions about freedom of speech and “the influence of China on free speech in corporate America.”[7]

Out of Bounds? Facts of the Event

On Friday, October 4, Houston Rockets General Manager Daryl Morey posted an image on Twitter, an international social media platform, that contained seven simple words: “Fight for freedom, stand with Hong Kong.”[8] This tweet, which was intended to support the pro-democracy demonstrations in Hong Kong, was posted at a time of heightened tension in the region, with four months of increasingly violent protests culminating in drastic actions.[9] While Hong Kong remains frustrated with the “perceived interference by Beijing in its political and judicial processes,” Chinese president Xi Jinping has warned that “[a]ny attempt to split China will ‘end in crushed bodies and shattered bones.’”[10]

Morey’s “tweet heard round the world” instantly incited an international geopolitical conflict that would remain at the forefront of media headlines for weeks to come.[11] Though the social media post was quickly deleted and its content acknowledged by Rockets owner Tilman Fertitta, who stated that Morey “does NOT speak for” the Rockets, the damage was already done, and the NBA unexpectedly found itself at the heart of a tense dispute with the Chinese government.[12] The NBA, which “has spent years and many millions of dollars investing in China, helping to build courts, giving broadcasting rights away for free and bringing its stars over for preseason games,” relies on its pervasive popularity in China for at least 10% of its current revenue and expects this number to increase as high as 20% by 2030.[13] Last year alone, more than 600 million people watched NBA games on Chinese television networks and nearly 500 million people in China streamed NBA programming online.[14] Currently, China is the second-largest market for the NBA, trailing only behind the United States.[15]

China, in the midst of high-stakes trade talks with the U.S. and already under international scrutiny for the increasing violence in Hong Kong as well as its alleged human rights abuses in the Xinjiang region, wasted no time in responding to the incident.[16] By Sunday, October 6, both CCTV, China’s top state broadcaster’s sports channel, as well as Tencent, CCTV’s online streaming partner, announced that they would no longer be airing games or reporting news involving the Rockets.[17] Tensions continued to grow as the first NBA preseason game, scheduled for that Thursday, October 10, in Shanghai between the Los Angeles Lakers and the Brooklyn Nets, approached.[18] The dispute even drew in political actors, with China’s consulate general in Houston making a statement advising the team to “clarify and immediately correct the mistakes.”[19] After some “agonizingly cautious and wavering responses to Morey’s tweet” and with pressure for an official statement from the NBA increasing by the day, NBA Commissioner Adam Silver acknowledged the conflict the following Tuesday, stating that “[t]he NBA will not put itself in a position of regulating what players, employees, and team owners say or will not say . . . we simply could not operate that way.”[20] Along with this stance against censorship, Silver additionally noted, “I do know there are consequences from freedom of speech; we will have to live with those consequences . . . For those who question our motivation, this is about far more than growing our business.”[21]

Although American fans and politicians on both sides of the aisle criticized the NBA’s statement, believing it was not strong enough, China certainly felt otherwise.[22] The response was undoubtedly salient: Tencent and CCTV “decided to immediately halt” all broadcasts of NBA preseason matches taking place in China, eleven out of thirteen of the NBA’s official Chinese partners suspended ties with the league, and even physical reminders of the country’s ties to the league – including signage featuring NBA stars LeBron James, Kyrie Irving, and Anthony Davis – were rapidly removed from sight.[23]

Layup or Lie Down: Impact of the Incident

In the recent past, American sports have served as a unique platform for commentary on social issues, whether involving National Football League (NFL) players wearing pink to support breast cancer in October, various championship winners boycotting a visit to the White House for political reasons, or, perhaps most famously, NFL player Colin Kaepernick’s highly-controversial act of kneeling during the National Anthem to protest injustice against racial minorities in the United States.[24] The NBA in particular has made “efforts to cast itself as a force for positive social change” and in the past has not hesitated to take a stance on provocative topics, including the 2016 enactment of the North Carolina transgender bathroom law and the racist comments made by Donald Sterling, former owner of the Los Angeles Clippers, in 2014.[25]

Though previous controversial statements from those involved in U.S. professional sports have certainly sparked debate domestically, a conflict of this nature and degree between an American sports league and the federal government of another country – a country with which the United States has a historically tense relationship, nonetheless – is seemingly unprecedented.[26] Still attempting to navigate these contentious circumstances, the NBA currently faces a critical choice: support Morey’s First Amendment rights and risk the financial backlash from China or distance itself from these freedom of speech issues and risk losing support from its domestic fans.[27] Only time will tell whether the NBA will conclusively side with First Amendment rights, but one thing is clear: with a $4 billion market at stake, freedom of speech is certainly not always “free.”[28]

[3] See Michael Gonchar, Why Is Freedom of Speech an Important Right? When, if Ever, Can It Be Limited?, N.Y. Times (Sept. 12, 2018), https://www.nytimes.com/2018/09/12/learning/why-is-freedom-of-speech-an-important-right-when-if-ever-can-it-be-limited.html (presenting additional information about First Amendment, freedom of speech, and its limitations in application).

[5] What Is the First Amendment and What Does It Do?, supra note 2 (detailing limitations of freedom of speech protection).

[28] See Laura He and Yong Xiong, China suspended ties with the NBA last week. Now it's starting to restore them, CNN Business (Oct. 14, 2019), https://www.cnn.com/2019/10/14/business/china-nba-dispute-tencent-livestream/index.html (stating that “NBA's business in China is worth an estimated $4 billion”).