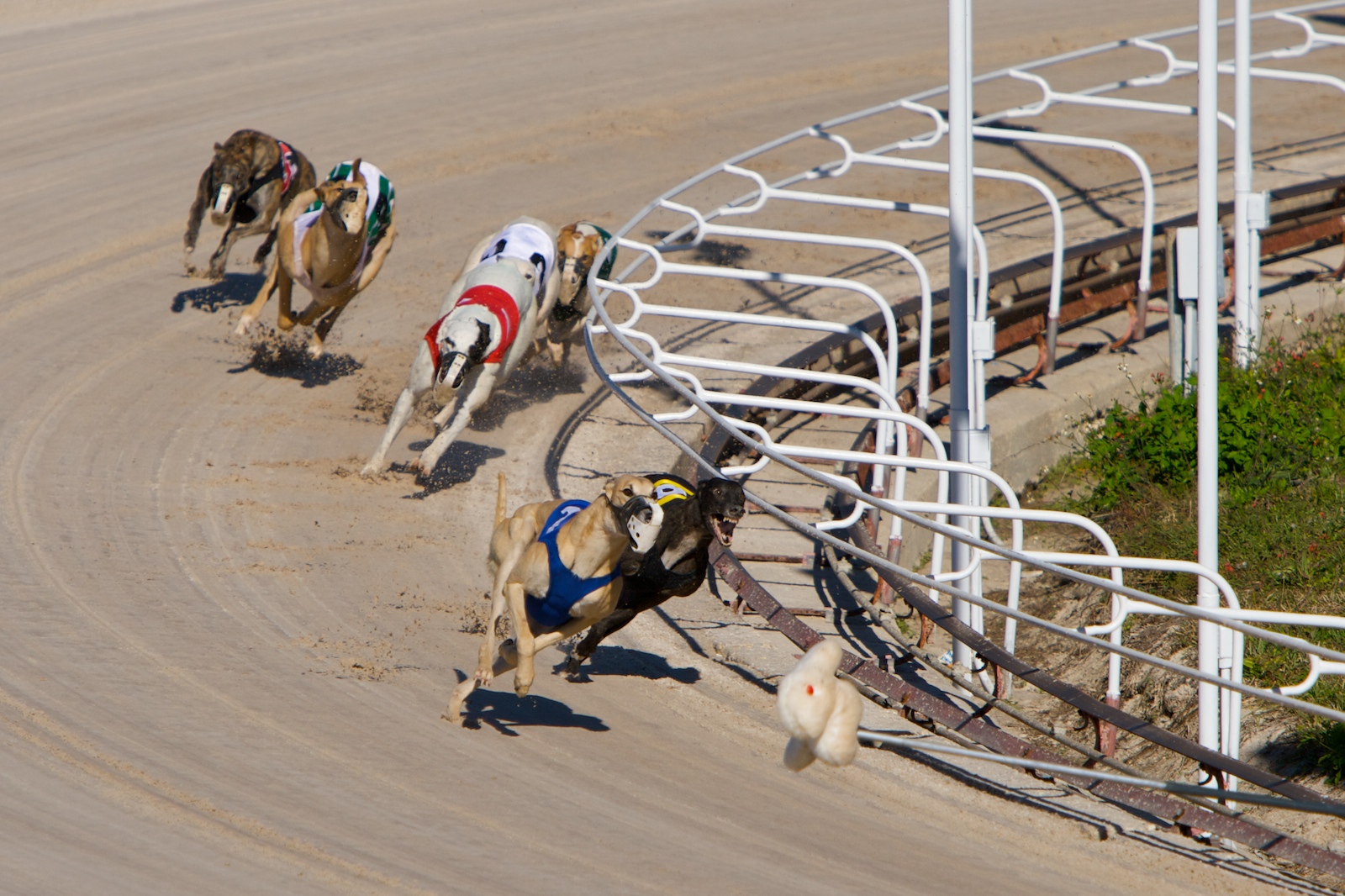 Greyhound Racing in the United States

Greyhound racing has long been a part of American sporting culture; the first greyhound racetrack was built in 1919.[1] Florida was the first state to legalize Greyhound racing and would eventually become the state in which the sport was most popular.[2] At one point “dog racing was rated the sixth most popular sporting activity in the country.”[3] Recently, however, Florida voters passed Amendment 13, effectively abolishing the sport by requiring the phasing out of Greyhound racing by 2020.[4]

Animal welfare concerns were a primary factor for Greyhound racing falling out of favor.[5] Racing Greyhounds are often kept in cages for 20 to 23 hours a day.[6] In just 4 months, from January 2018 to April 2018, 15,273 Greyhound deaths were reported nationally.[7]

Although Florida had two-thirds of the country’s active racetracks prior to the passage of Amendment 13, it did not report its Greyhound injury statistics.[8] The increased public awareness of poor conditions for racing Greyhounds arguably impacted its profitability; “[b]etween 2001 and 2015, the total amount gambled on greyhound racing nationwide declined by 73%. This includes gambling on live dog racing and simulcast gambling.”[9] As a result, state tax revenue from Greyhound racing was similarly in decline; “[b]etween 2001 and 2014, state dog race revenue declined by more than 82%, and by the end of this period represented only $13 million nationwide.”[10]

In an effort to prevent the extinction of Greyhound racing, the Florida legislature passed a “coupling law” which allowed Greyhound tracks to operate card rooms and slots on the condition that they held 90% of the dog races that the tracks previously held.[11]

Coupling laws had the effect of making the operation of card rooms and slot machines in Florida interdependent with activities such as Greyhound racing.[12] Florida’s coupling laws provide that “only a pari-mutuel permitholder is permitted to operate a [card room].”[13] Meanwhile, Article X, Section 23 of the Florida Constitution authorizes counties to approve the operation of slot machines within existing pari-mutuel facilities if those facilitates “have conducted live racing or [jai alai] games in that county during each of the last two calendar years before the effective date of this amendment.’”[14] It is important to note that this amendment only requires live racing or jai alai to have taken place previously.[15] As a result, a Greyhound racing facility could freely operate slot machines as long as the facility had raced Greyhounds at least two years prior to the introduction of slot machines.[16] This streamlined gambling expansion had kept Greyhound racing afloat because it was a lucrative revenue stream in the face of declining Greyhound racing profits.[17]

The Effect of Amendment 13

Although some track owners are upset at the passage of Amendment 13, others are pleased that they will be able to focus on more lucrative betting opportunities without the requirement of running Greyhounds.[21] Danny Adkins, managing director of Pensacola Greyhound Track & Poker Room stated, “‘I planned to stop racing greyhounds about 15 years ago, but the Legislature wouldn’t let me. . . . It was a money loser.’”[22] Because Greyhound racetracks are effectively “grandfathered into” operating card rooms and slot machines, these track owners will likely expand their gambling operations now that they are not required to run Greyhounds.[23] In the meantime, an estimated 8,000 Greyhounds will need to be adopted due to the passage of Amendment 13.[24]

[13] See generally Ryan S. Parker and Ralph A. DeMeo, The Proposed Constitutional Amendment to Ban Greyhound Racing in Florida: The Time Is Now, 92 Florida B.J. 62 (2018) (discussing the issues associated with banning greyhound racing); also see Pari-Mutuel, Encyclopedia Britannica, https://www.britannica.com/topic/pari-mutuel(last accessed Mar. 11, 2019) (stating that pari-mutuel betting is type of betting in which money is pooled together and the payoff is made from said pool).

[17] See Greenwood, supra note 2 (discussing how allowing other types of gambling had propped up the Greyhound racing industry).

[19] See id.at 523 (“Article X, section 23 imposes no continuing requirement for those facilities to conduct dog racing or any other pari-mutuel activity in order to operate slot machines. That requirement is imposed by statute . . . . Similarly, the link between [card room] operations and dog racing is a creature of statute, not the Florida Constitution.  In other words, Article X, section 23 relates only to past dog racing, and Amendment 13 relates only to future dog racing..”) (internal citations omitted).

[20] See id. (concluding that Amendment 13 would not unintentionally expand gambling within Florida).

[23] See Fla. Greyhound Ass'n, 253 So. at 524 (holding that upon Amendment 13 passage, track owners will be able to operate certain types of gambling without running Greyhounds).