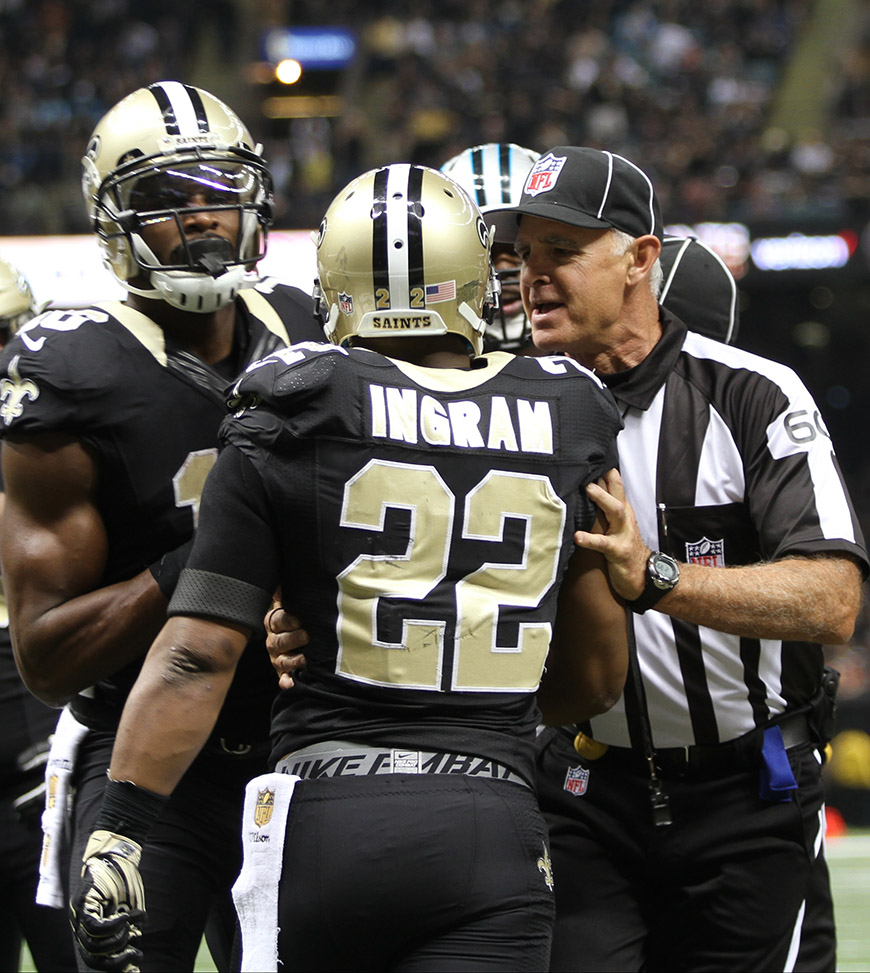 Fans of the NFL, and especially fans of the New Orleans Saints, were shocked to see referees egregiously miss a pass interference call in the final minutes of regulation in the 2019 NFC Championship Game against the Los Angeles Rams that likely cost the Saints a trip to the Super Bowl.[1] The non-call received so much backlash that Commissioner Roger Goodell himself admitted that a penalty should have been called during the play.[2] Some fans decided to take extreme measures to right this perceived wrong: New Orleans attorney Frank D’Amico has sued the NFL on behalf of the Saints’ season ticket holders.[3]

Legal Basis for the Lawsuit

The damages alleged include “past, present and future mental anguish and emotional trauma” and “loss of enjoyment of life” in the list of grievances against the NFL and Commissioner Goodell.[4] D’Amico went on to allege that fans who had purchased tickets to the contest suffered monetary loss because they did so under the presumption of a viewing fair game.[5] The complaint did not request a specific monetary amount; rather, it suggested that the only adequate remedy would be for the Commissioner to order the remainder of the game to be replayed from the spot of the missed penalty.[6]

The NFL Rulebook gives the Commissioner the power to take appropriate action including reversing or rescheduling a game in the event of extraordinarily unfair acts in Rule 17.[7] Saints fans involved in this lawsuit believe that this call was worse than any other in history.[8] Due to the perceived unprecedented nature of the catastrophic call, some fans believe Roger Goodell was compelled to enforce Rule 17 and have the game replayed.[9]

The NFL’s legal team believed that the lawsuit is unnecessary because the League had already done its “due diligence” and admitted its mistake.[10] The NFL argued that Goodell did not have the power to reverse a referee’s on-field decision, and even if he did under Rule 17, only the commissioner, not ticket holders, is capable of compelling such action.[11] U.S. District Court Judge Susie Morgan asked for further briefing on the NFL’s use of Rule 17 after Goodell claimed the rule had never been invoked and was not intended for circumstances such as the missed call.[12]

According to Plaintiffs, the NFL used Rule 17 to replay part of a game in 2001 between the Jaguars and Browns after angry fans threw bottles onto the field following a missed call.[13] In that game, a controversial replay overturned a 4th down conversion by the Browns that led to fans throwing bottles, prompting then Commissioner Paul Tagliabue to use the rule to replay the final 48 seconds.[14] This situation is not exactly the same because unlike the NFC Championship, all the Jaguars needed to do was kneel twice to guarantee the victory.[15]

However, Rule 17 may have been invoked one other time in a 2007 game between the Browns and Ravens.[16] The Browns kicked a 51-yard field goal as time expired that would have tied the game, but referees mistakenly called the attempt no-good, seemingly resulting in a Cleveland loss.[17] After five minutes of referee discussion, including use of a headset, the referees ordered the kick to be called good and the game went to overtime, ultimately leading to a Browns win.[18] It is unknown whether the referee consulted Roger Goodell or someone else from the League office in this case, but if so, this would be a more comparable situation to the current case because it had a direct result on the impact of the remainder of the game.[19]

What Does a Ticket Buy?

The NFL further argued that ticket-holders do not have standing to bring forth a lawsuit alleging losses resultant from a purportedly unfair game.[20] The purchase of a ticket to a sporting event provides only a “limited set of rights,” none of which apply to the case at hand.[21] A ticket provides the holder only the right to attend, sit at the specified seat, and purchase food or items at concession stands.[22] More importantly, a ticket does notgive the fan ownership of the seat, the right to be involved in the game beyond cheering and booing, or an unlimited right to sue.[23]

In essence, this suit will fail because Rule 17 can be enforced only at the Commissioner’s discretion, and even if the rule was mandatory, fans cannot sue because buying a ticket does not give them a legal right to a fair outcome.[24] There are no other contractual duties owed to fans beyond those that attach with the purchase of a ticket.[25] Bad calls in sports are nothing more than an unfortunate part of the game, and despite fans best efforts, the ball is not in their court . . . or in federal court.[26]

[5] See id. (“[P]laintiffs herein have been left bereft and with no faith in the National Football League for fairness despite the league’s own rules to correct such errors, along with emotional anguish (and) monetary loss for ticket holders, who purchase tickets with the presumption of integrity and fairness.”) (quoting Complaint).

[6] See id. (referring to rule giving Goodell power to rewind game and restart at his own sole discretion).

[7] See Official Playing Rules of the Nat’l Football League (2018), Rule 17, Sec. 2, Art 3, available at https://operations.nfl.com/media/3277/2018-nfl-rulebook_final-version.pdf (“The Commissioner’s powers under this Section 2 include the imposition of monetary fines and draft-choice forfeitures, suspension of persons involved in unfair acts, and, if appropriate, the reversal of a game’s result or the rescheduling of a game, either from the beginning or from the point at which the extraordinary act occurred.”).

[18] See id. (showing many players had already left and went to locker room because field goals were not reviewable plays by rule at that time).

[19] See id. (“So, Saints fans, the league does have precedent for correcting an egregious error.”).

[21] See id. (explaining it is “well settled that . . . no legally cognizable rights” are implicated here).

[22] See Kevin Daum, Here's What You Need to Know About the Saints Fans' Lawsuit Against the NFL, Inc Life (Jan. 30, 2019), https://www.inc.com/kevin-daum/heres-what-you-need-to-know-about-saints-fans-lawsuit-against-nfl.html ("A ticket entitle[s] the fan to a limited series of rights, as the ticket holder is a ‘licensee’: the right to attend the event, the right to sit at that seat, and the right to purchase food and beverages, for a fee.").

[23] See id. (“Fans aren't guaranteed a pleasant experience, a good game, or even a fair outcome.”).

[24] See id. (explaining fans do not have legal standing to mandate enforcement of league rules and Rule 17 is discretionary).

[25] See Simerman, supra note 20 (stating that a judge would not accept this as a cause of action).

[26] See id. (“‘Bad calls and other irregularities (real or perceived) have led to lawsuits from aggrieved players and fans. Those lawsuits have failed,’ he wrote. ‘Courts have consistently enunciated that bad calls are not causes of action for courts to consider.’”).