Delay of Game: Are NFL and NFLPA Facing a Head-to-Head Collision in 2021? 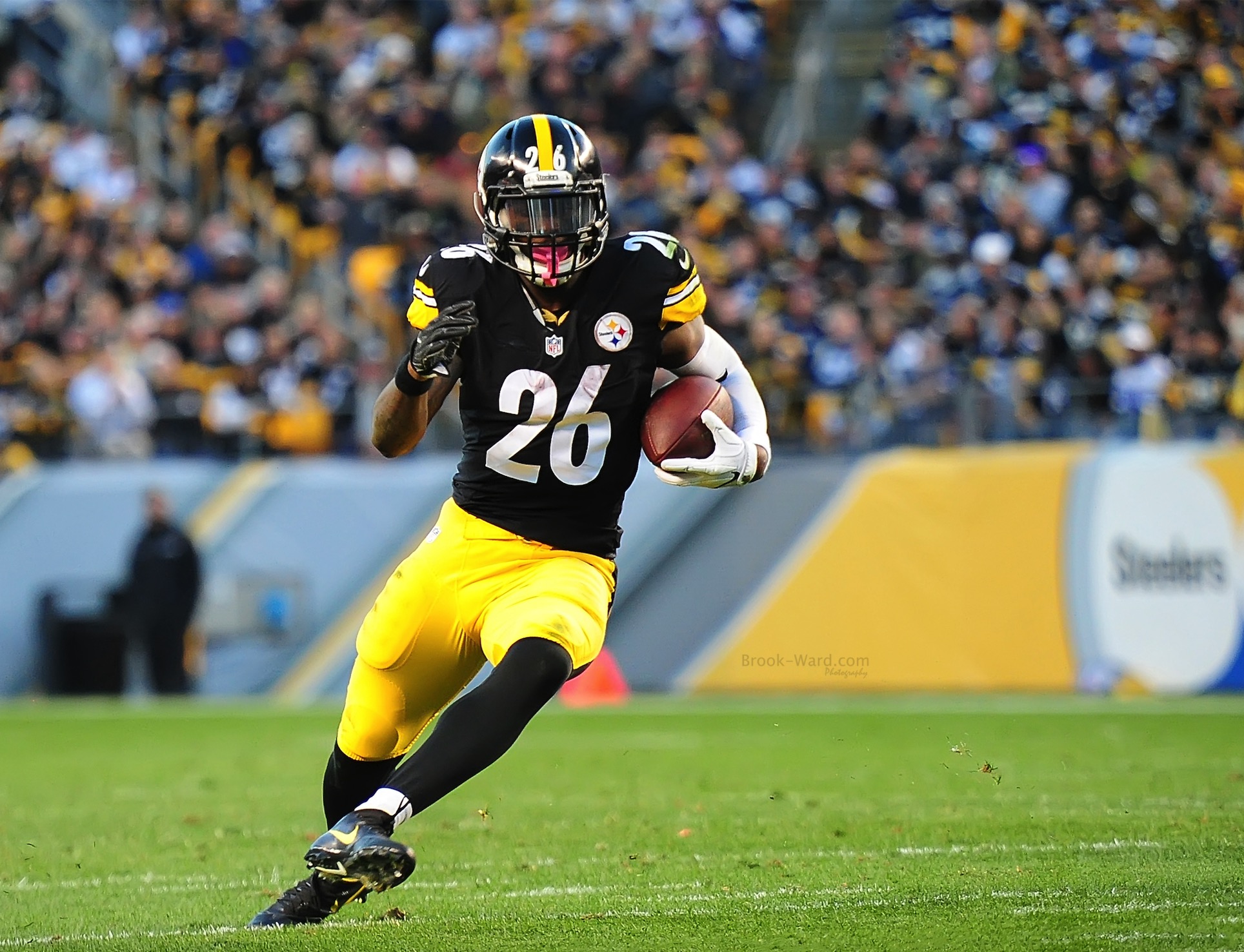 Football season is in full swing, and despite recent media controversies, the NFL’s on-field product is arguably more entertaining than ever.[1] While fans today are thrilled that football is back, there is a possibility that in three years, viewers might have to fill their Sundays with something other than football.[2] Discussions around the League indicate that an NFL lockout in 2021 is imminent.[3]

The current NFL collective bargaining agreement (“CBA”) runs throughout the 2020 season and is set to expire in 2021.[4] Looking to future negotiations, Richard Sherman of the 49ers confidently stated that a lockout was “going to happen.”[5] Sherman is not alone in this belief, as National Football League Players Association (“NFLPA”) head DeMaurice Smith claimed a work stoppage is a “near certainty” when the CBA expires.[6]

Can the NFL and NFLPA Find Mutual Ground Before Its Too Late?

Many points of contention exist between owners and players, particularly fueled by the uneven distribution of the League’s record income.[7] Safety concerns will also play a large role in negotiations due to concussion related health problems.[8] Another driving force of player frustration is the seemingly arbitrary and unchecked disciplinary power of Commissioner Roger Goodell, leading to several high-profile lawsuits.[9]

An emerging issue in this battle is the League’s reliance on non-guaranteed contracts.[10] Almost every multi-year contract includes provisions allowing teams to avoid paying the full value of the contract.[11] While many factors contribute to this, a large problem is that the current CBA uses a convoluted salary cap system with several transactional conditions limiting the true amount of money netted by the players.[12] NFL players have the comparatively shortest career-span and highest risk of injury among the four major sports (football, baseball, basketball, and hockey), yet are the only ones without fully guaranteed contracts, placing them at the greatest financial risk despite having the greatest need.[13] This problem must be addressed soon to avoid litigation, as NFLPA labor disputes are the most likely of the four leagues to end up in court.[14]

Is Le’Veon Bell the Catalyst for More Lawsuits?

The perfect exemplification of all of these concerns is Le’Veon Bell, who is currently holding out this season following frustrations from failing to reach a long-term agreement with the Steelers.[15] Bell is in his second season under the Steelers’ franchise tag – another point of contention among players – and has refused to play this year to protect his long-term health for free agency.[16] Bell’s concerns seem validated by recent injuries to Earl Thomas and Jay Ajayi, who will likely lose value in their next contracts as a result.[17]

The turmoil between the players and the League could all result in arbitration next season if the Steelers decide to place the transition tag on Bell, which would allow them to match any free agent offer reflected by 120% of Bell’s 2018 salary.[18] Though Bell’s 2018 salary under this year’s franchise tag was $14.5 million, he has forfeited roughly $850,000 for each missed week, cutting his true earnings potentially by over 50%.[19]  The Steelers could argue that 120% should be calculated from the actual amount Bell earned, while Bell would claim it is based off the full value of his contract.[20] The value of the transition tag would likely come down to the definition of “salary,” however since this is uncharted territory for the NFL, there is really no industry standard to rely on during contract interpretation.[21] Bell left a lot of money on the table this season to ensure a substantial payday next year, so if the team tried to re-sign him for barely half of what he was slated to make this year, legal action would surely follow.[22]

What Does the Future Hold?

With the convergence of all of these issues, players appear motivated and committed to achieving their goals in the upcoming CBA.[23] The previous CBA agreement also resulted in a work stoppage, but did not result in any missed games and was largely seen as a victory for owners.[24] However, the NFLPA is learning from its 2011 mistakes and has already begun preparing its players for the reality of a potentially lengthy lockout.[25] Further, recent bad publicity by the League will likely afford the player’s union more public support this time around.[26] The NFL also has to worry about the long-term image of the League, as its popularity is on the decline.[27]

Meanwhile, NFLPA President Eric Winston stated that he and the players are not concerned about the League’s future; they are focused on getting the best deal they can.[28] As of now, players appear more determined than ever to secure a CBA that meets their needs and eliminates many of the problems they have faced over the previous decade, and it certainty will not be an easy fight.[29] As fans watch this dispute play out in 2018 and beyond, only one thing is for sure – while the contracts may not be guaranteed, a 2021 lockout seems to be.[30]

[2] See Alex Hoegler, NFL Rumored To Have a Lockout In 2021, TheSportster (July 20, 2018), https://www.thesportster.com/news/nfl-lockout-2021-season/ (interviewing Todd Gurley, who warns fans that lockout could be looming when current CBA expires).

[10] See Frank, supra note 7 (stating that complete overhaul of the League’s CBA regarding the salary cap is the only realistic way players can expect fully guaranteed contracts).

[11] See id. (showing that Kirk Cousins’ offseason deal with Vikings was first multiyear contract in the League to include fully guaranteed money).

[13] See Dom Cosentino, Why Only The NFL Doesn’t Guarantee Contracts, Deadspin (Aug. 1, 2017, 11:38 AM), https://deadspin.com/why-only-the-nfl-doesnt-guarantee-contracts-1797020799 (illustrating 2010 record-breaking five-year contract of Donovan McNabb, which was voided after the first year with no remaining money going to McNabb).

[14] See id. (showing it took a 1993 lawsuit to achieve NFL free agency, despite every other League having it for almost 20 years prior).

[18] See Jason La Canfora, There’s a Possible Fight Brewing Between NFL and NFLPA Over Le’Veon Bell’s 2019 Status, CBSSports (Oct. 7, 2018), https://www.cbssports.com/nfl/news/theres-a-possible-fight-brewing-between-nfl-and-nflpa-over-leveon-bells-2019-status/ (reporting the Steelers’ intent to transition tag Bell, and that a arbitration is in the works).

[21] See id. (noting that Bell’s case differs from past transition tag arbitration because it concerns defining salary rather than defining position).

[22] See id. (noting NFLPA has considered this issue, but has not yet taken any action to resolve it).

[23] See Reyes, supra note 3 (discussing Richard Sherman’s comments on the 2011 CBA, commenting that players do not intend on conceding any of the perks they won from the prior agreement).

[24] See Stites, supra note 4 (“The 2011 lockout ended after 132 days, and most have since declared the NFL the big winners in the negotiation. With another labor dispute on the horizon, the NFLPA is trying to proactively teach the values of money management so it has more leverage for a longer fight.”).

[25] See id. (learning from 2011’s insurance plan that was insufficient to sustain holdout, the NFLPA is proactively telling players to start saving money so they won’t lose leverage).

[26] See Gaine, supra note 6 (showing that publicity from concussion damage could get public on player’s side for player safety).

[29] See Gaine, supra note 6 (explaining that owners have “natural advantage over players in negotiations” that allow them to usually win power struggles).