Forcing Shareholders to Take a Knee: Corporate Governance and Social Movements in Sports 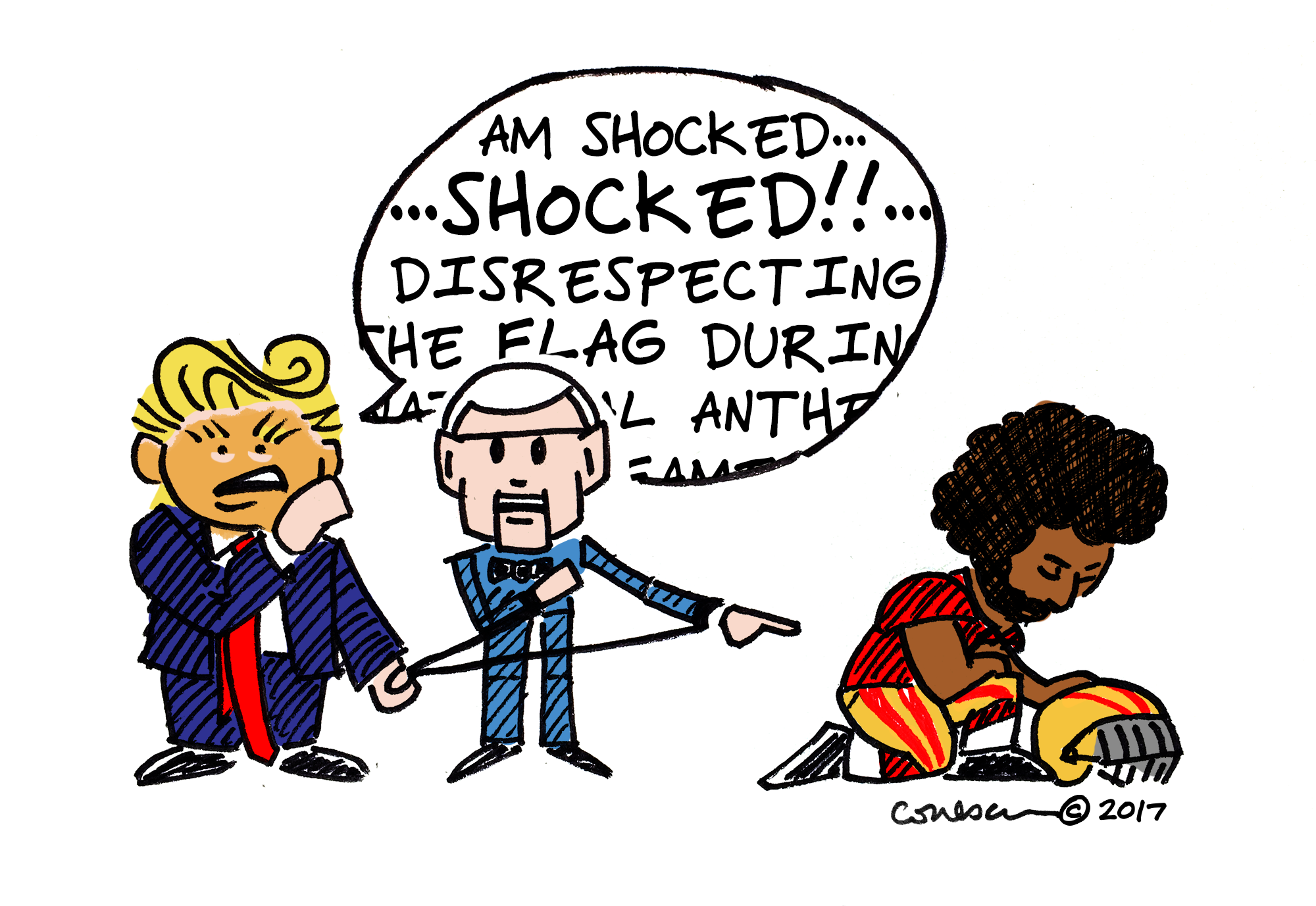 The answer to this question is overwhelmingly yes.[1]  For example, Nike has historically supported women and people of color in social justice movements and the fight for equality.[2] More recently, Nike has used athletes such as Colin Kaepernick and Serena Williams in ads that are politically charged.[3]  Ford Motor Company, which produces the official truck of the NFL, spoke out in support of Kaepernick and the “Take a Knee” movement at the beginning of the 2017 football season.[4]

Ford also has ties to the Detroit Lions through its majority shareholder and partial owner, Martha Firestone Ford.[5] Martha Ford fired back at President Trump regarding his divisive comments pertaining to the NFL’s kneeling policies.[6]

What Rights Do Shareholders Have?

In ordinary public corporations, shareholders can sue the board or the officers for breach of fiduciary duties.[18] In a typical lawsuit, shareholders sue the board of directors when management invests funds that could have been distributed as dividends.[19] Courts are extremely deferential to corporations and businesspeople through different standards of review, with the business judgment rule being the most common.[20]

In social benefit (“B”) corporations, shareholders have less ability to sue.[21] If a B corporation invested in high quality, fair trade fabrics for its apparel line instead of choosing a cheaper material, shareholders would not have a meritorious claim.[22]  If a typical public corporation did the same thing, shareholders still might not have a claim, but the argument for wealth maximization over workers’ rights and humane product sourcing would be easier to make.[23]

How Do the NFL, Nike, and Ford Fit Into All of This?

The NFL is a trade organization that does not have shareholders.[24] Each of the thirty-two teams that are members of the NFL are privately held companies.[25]  The teams, then, have less of a concern with shareholder lawsuits.[26]

Therefore, Martha Ford’s comments opposing President Trump’s disapproval of the NFL do not subject her to shareholder scrutiny.[27]  In fact, her occupancy of both shareholder and board positions completely insulates Ford from typical shareholder lawsuits.[28]

The concern is more veritable for public corporations like Ford and Nike.[29]  Nike’s ad, narrated by Kaepernick and starring several controversial athletes, could result in a downturn in shoe sales.[30]  If this occurred, Nike could be vulnerable to shareholder lawsuits on the premise of financial detriment to the shareholders.[31]

Ford faces a similar concern, especially because the company is a major sponsor of the NFL.[32]  If the NFL were to cancel its contract with Ford or choose not to renew in another year when the contract is up, and if this decision were based on Ford backing Kaepernick, shareholders could attempt to sue the company for breach of fiduciary duty.[33]

As publicly traded companies, Ford and Nike are taking a risk in supporting the kneeling NFL players.[34]  If these companies were social benefit corporations, they might not have to worry as much – but only time will tell if the social activism of these massive corporations will expose them to litigation.[35]

[4] See Aaron Brzozowski, Ford Sides with NFL Players’s Protests, Ford Authority (Sept. 29, 2017), http://fordauthority.com/2017/09/ford-sides-with-nfl-playerss-protests/ (“Ford Motor Company on Monday declared its support for those professional NFL players who have chosen to protest during the national anthem by not standing, despite many NFL fans’ calls to put an end to the practice.”).

[9] See id. (identifying differences between board and shareholder structure in public versus private corporations).

[19] See, e.g., Hunkar Ozyasar, Can a Shareholder Force a Corporation to Pay a Dividend?, Chron (last visited Sept. 28, 2018), https://smallbusiness.chron.com/can-shareholder-force-corporation-pay-dividend-61506.html (discussing right of shareholders to dividends and famous case Dodge v. Ford Motor Co.).  See also Fredrick P. Niemann, Is Refusing to Pay Dividends to Shareholders a Violation of Shareholder Rights?, NJ Shareholders Rights (Oct. 25, 2013), https://www.newjerseyshareholdersrightslaw.com/refusing-pay-dividends-shareholders-violation-shareholder-rights/#.W659LehKjIU (“The failure to pay dividends is not in and of itself ‘wrong.’  But, there is a law in New Jersey which holds that failure to pay any dividends whatsoever can [sic] constitute ‘oppression’. . .”).

[20] See, e.g., Smith v. Van Gorkom, 488 A.2d 858, 872 (Del. 1985) (defining business judgment rule as fundamental principle “that the business and affairs of a Delaware corporation are managed by or under its board of directors”).  See also In re Walt Disney Co. Derivative Litigation, 906 A.2d 27 (Del. 2006) (applying business judgment rule, whose presumption favors directors and board members over plaintiffs).

[26] See supra notes 18-23 and accompanying text for a discussion of public versus private companies and the respective rights for shareholders of these corporations.

[28] See supra notes 18-23 and accompanying text for a discussion of public versus private companies and the respective rights for shareholders of these corporations.  See also Glass, supra note 5 (noting Ford’s ownership of Lions and her interest in Ford Motor Company).

[29] See supra notes 18-23 and accompanying text for a discussion of public versus private companies and the respective rights for shareholders of these corporations.

[31] See supra notes 19-20 and accompanying text for a discussion of shareholder lawsuits based on lack of dividends.

[33] See supra notes 19-20 and accompanying text for a discussion of shareholder lawsuits based on lack of dividends.

[34] Id.  See supra notes 18-23 and accompanying text for a discussion of public versus private companies and the respective rights for shareholders of these corporations.