Calling Dibs on the Philly Special 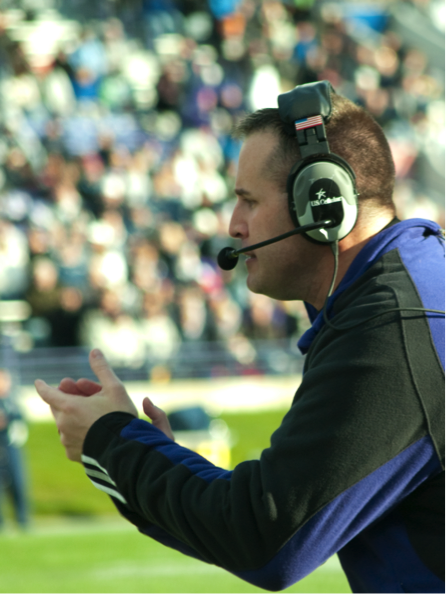 On fourth and goal in the most important game of the season, against the defending Super Bowl Champions, Doug Pederson went for it.[1]  In what has been called the “gutsiest coaching job in Super Bowl history–an all-out, nothing-to-lose strategic masterpiece” at the urging of quarterback Nick Foles, Pederson approved the “Philly Special.”[2]  This trick play has already become emblematic of Super Bowl LII in Philadelphia, representing the trust Pederson has in his players and the confidence in their ability as a team.[3]

However, the Philly Special does not belong to Philly’s team just yet.[4]  The Eagles have filed a trademark application with the United States Patent and Trademark Office (“USPTO”), but so have eight others, including various individuals, as well as the Philadelphia brewery D.G. Yuengling & Son Inc.[5]  The USPTO evaluates several factors when determining whether to grant registration; the order of application determines the order in which they are evaluated, but priority alone does not determine who receives the registration.[6]  “While the USPTO will review applications in the order that they are received, an entity or individual with stronger rights is afforded the opportunity to assert superior rights,” should the earlier applicants move further along in the application process.[7]  As such, the delay in filing will not prevent the Eagles from ultimately obtaining the registration, but it will delay the process.[8]

Eagles’ Case for the Philly Special

The Eagles have filed for the exclusive right to use the phrase–mostly for use on apparel.[13]  The Eagles have an advantage among the numerous applicants, as they claim to have already begun to use the phrase.[14] Registering a trademark “prevent[s] others from using the same mark or a similar mark which is likely to cause confusion, deception, or mistake in the mind of the public as to the source or sponsorship of the goods or services associated with the trademark.”[15]  Having ownership of the trademark will allow the Eagles to compel other potential users to forgo using the phrase or to obtain a license prior to use.[16]

One competing applicant, D.G. Yuengling & Son Inc., has already withdrawn its application.[17]  Although they intended to use the trademark to identify a type of beer, they withdrew from consideration to “allow the Eagles to have full, unfettered access to all rights and uses of the term ‘Philly Special.’”[18]  Regardless of the outcome of the battle for trademark registration, there is one phrase the Philadelphia Eagles will always have the right to claim: Super Bowl LII Champions.[19]

[1] See Robert Klemko, ‘Philly Special’ Was Drawn Up By a Mad-Scientist Coach on a South Carolina Baseball Field in 2011, Sports Illustrated (Feb. 21, 2018), https://www.si.com/nfl/2018/02/21/philly-special-eagles-trick-play-clemson-westlake-high-gray-military-academy-2011 (expressing gravity of decision with thirty-four seconds left on clock in first half).

[2] See id. (explaining play as Foles lining up in shotgun before moving towards right side of line, then snapping to Corey Clement, an undrafted rookie running back, who then pitched it to Trey Burton, hitting wide-open Foles in endzone).

[3] See Dan Graziano, Guts and Glory: Eagles Coach Doug Pederson Had Game for the Ages, ESPN (Feb. 4, 2018), http://www.espn.com/espnw/sports/article/22326781/inside-philly-special-gutsiest-play-calling-super-bowl-history-doug-pederson-philadelphia-eagles  (“‘I trust my players, I trust my coaches and I trust my instincts,’ Pederson said . . . It was a play the Eagles had practiced a total of six times, and never before the week of the NFC Championship Game.”).

[4] See Darren Heitner, How The Eagles’ ‘Philly Special’ Trademark Process Should Play Out, Forbes (Feb. 21, 2018, 8:11 AM) https://www.forbes.com/sites/darrenheitner/2018/02/21/how-the-eagles-philly-special-trademark-process-should-play-out/#3bcdf3ba2a56 (estimating that process will take one year to finalize ownership of trademark).

[6] See Heitner, supra note 4; Rovell, supra note 5 (estimating “Eagles will have to wait about four months for the USPTO to sort out the filings and then roughly eight months after that to see whether the trademark will be awarded to the team”).

[8] See U.S. Patent & Trademark Office, Protecting Your Trademark: Enhancing Your Rights Through Federal Registration, (last visited Feb. 23, 2018), https://www.uspto.gov/sites/default/files/documents/BasicFacts.pdf (stating that applications are reviewed in order in which they are received).

[9] See Daniel R. Kimbell, Intellectual Property: An Attorney's Guide, 27 Beverly Hills B. Ass'n J. 109, 113 (1993) (“Trademark Office is more willing to grant trademark registrations for coined or arbitrary terms, which are less likely to limit the commercial use of coined or arbitrary words, than descriptive or generic terms, which might limit speech.”).

[11] 22 Am. Jur. 3d Proof of Distinctiveness and Secondary Meaning of Trademark or Service Mark § 5 (“Such proof ranges from showing extensive use of a mark over time to promulgating market surveys demonstrating that a term, product shape, or label design that has a primary, descriptive meaning has also acquired a ‘secondary meaning’ to the public as a trademark.”).

[12] See id. (explaining that distinctive mark is sufficient and does not require secondary meaning).  But see Shoshan, supra note 5 (mentioning “a strong argument that [Philly Special] can’t function as a trademark because it is so well-known as a reference to that play”).

[14] See Rovell, supra note 5 (other applicants applied for “intent to use”).

[18] See id. (recognizing that although Yuengling withdrew application, Eagles have other contenders for trademark).