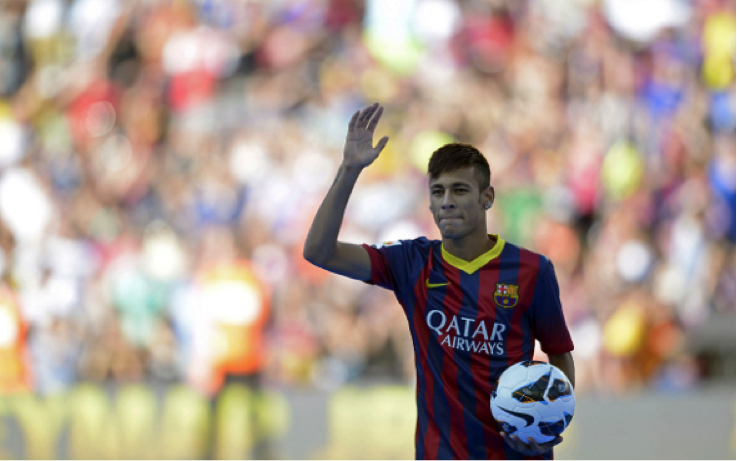 Fleet-footed soccer star Neymar Jr. is facing a breach of contract claim for his transfer from FC Barcelona (Barcelona) to Paris Saint-Germaine’s (PSG) soccer club.[1]  Neymar Jr., who had notched ninety-one goals in 150 games since joining Barcelona in 2013, decided to transfer just a few months after signing with Barcelona in a five-year deal.[2]  PSG paid a massive and record-breaking 333 million dollars to release Neymar Jr. from his contract.[3]  Barcelona brought suit on August 11, 2017 at the Labour Tribunal in Barcelona and additionally sought review of the buyout by the French Football Federation and FIFA.[4]

In its prayer for relief, Barcelona “demand[s] Neymar Jr. return the contract renewal bonus he received as well as 8.5 million euros in damages and an additional 10% for the arrears.”[5]

Barcelona calls upon PSG to pay these fees if Neymar Jr. cannot and defends its decision to file suit as a way to “protect its interests following Neymar’s decision to buy out his contract just months after he signed an extension until 2021.”[6]

Neymar Jr. believes he is entitled to the bonus promised to him in relation to his contract renewal with Barcelona, which the club paid to a notary, perhaps in anticipation of Neymar Jr.’s early departure, and now contends Neymar Jr. is not entitled to receive.[7]  Neymar Jr. expressed his disappointment with Barcelona’s board and asserted they “shouldn’t be in charge.”[8]

From PSG’s perspective, they expressed regret over Barcelona’s course of action.[9]  The club issued a statement conveying surprise over Barcelona’s desire to initiate legal proceedings, and represented its compliance with “all applicable laws and rules in its dealings.”[10]

Compliance with Guidelines for Transfers

In short, financial fair play regulations prohibit clubs from overspending.[13]  This regulation, adopted in 2010, allows only small losses of five million euros (6,017,675 dollars) to be sustained over a three-year period.[14]  Uefa allows owners to contribute thirty million euros of their own wealth to avoid losses as well.[15]  However, even though PSG’s owner is massively wealthy, the 333 million dollar deal raises eyebrows.[16]

If they are found to be non-compliant with the financial fair play regulations, the consequences are nothing short of serious.[17]  Manchester City’s 2014 breach resulted in a sixty million euro (7,221,210 dollars) fine accompanied by a restriction of their choice of players for the Champions League in the next season.[18]

Some speculators contend that the provision allowing the 333 million to be paid over the duration of Neymar Jr.’s contract will allow PSG to satisfy the financial fair play regulation.[19]  Alternatively, Neymar’s alleged agreement with Qatar to serve as an ambassador for the World Cup could enable him “to turn up at the offices of La Liga and buy out his own release clause” substantially lessening PSG’s expenditure.[20]

As for Neymar Jr.?

His play for a new soccer club would seem to suggest he is undaunted by the turmoil of his transfer.[21]  In his debut, Neymar Jr. recorded two goals and two assists demonstrating in stunning fashion what the fuss is all about.[22]

[6] See id. (suggesting an absence of animosity desiring to avoid “entering into any verbal arguments with the player”).

[8] See Callum Davis, Neymar Slams Barcelona Board After Justifying His World Record Price Tag in Dazzling Home Debut for PSG, Telegraph (Aug. 21, 2017, 8:33 AM), http://www.telegraph.co.uk/football/2017/08/21/neymar-slams-barcelona-board-justifying-world-record-price-tag/ (“For me, [the board] shouldn’t be in charge of Barca.  Barca deserve[s] much better, and everyone knows this.”).

[15] See id. “([Debts] can exceed this level to a certain limit, if it is entirely covered by a direct contribution/payment from the club owner(s) or a related party. This prevents the build-up of unsustainable debt.”).