‘It’s Gotta Be the Shoes’: How the FBI Shed Light on the Under Sole of College Hoops 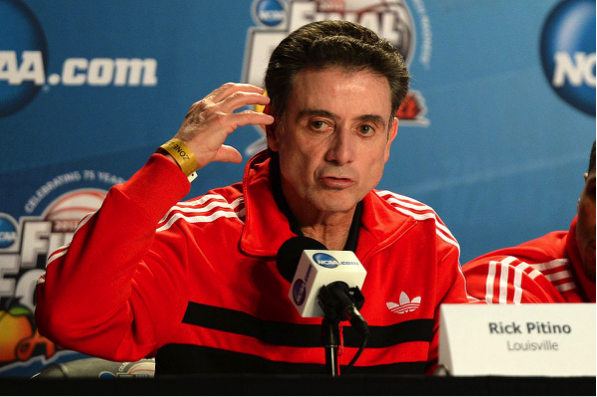 According to the Complaint, James Gatto, an Adidas sports marketing executive, and another individual affiliated with the company, funneled $100,000 to a prominent high school recruit.[3]  The $100,000 payment ensured that the recruit would commit to the University of Louisville, sign with Adidas after being drafted into the National Basketball Association (NBA), and retain the services of two other named defendants, Christian Dawkins, an employee at a sports management company, and Munish Sood, an investment manager.[4]

Additionally, Dawkins and Jonathan Augustine, an Amateur Athletic Union (“AAU”) basketball coach, agreed to “facilitate payments to the family of another high school basketball player” in exchange for his commitment to enroll at Louisville.[5]  The player would also be obligated to retain the services of Dawkins.[6]  However, the Complaint failed to mention the amount paid to this recruit.[7]

While the fallout has already begun to be seen, one of the more overlooked components to this story is the actual charges brought by the FBI and the U.S. Attorney’s Office for the Southern District of New York.[8]

What is Contained in the Complaint?

In regards to Count One, the Complaint alleged that, in violation of § 1349, Mr. Gatto and his co-defendants conspired with Louisville basketball coaches to make and conceal “bribe payments to high school student-athletes and/or their families in exchange for . . . the student-athlete’s commitment to play basketball for [the University of Louisville].”[12]  This scheme was allegedly devised by telephone and email, and the funds were transferred via wire.[13]

Building off Count One, the Complaint next alleged that the defendants and Louisville basketball coaches did in fact make and conceal these bribe payments in violation of §§ 1343 and 1349.[14]  Additionally, Count Three alleged that wire fraud was committed between the parties because the making and concealment of the bribes “deprived the [University of Louisville] of the right to control the use of [its] assets, including the decision of how to allocate a listed amount of athletic scholarships.”[15]  The Complaint went on to state that had these payments been revealed, they would have subjected the University to NCAA penalties.[16]

What Will the NCAA Do After the Feds Are Done?

This of course leaves the glaring question of how the NCAA will deal with the University of Louisville’s once-renowned basketball program.[17]  The most ominous answer, of course, is a charge of “lack of institutional control,” which the NCAA itself touts as being “at the core of the worst of NCAA violations.”[18]  The NCAA can hand down this dreaded violation upon the finding that a university failed to display: (1) “adequate compliance measures”; (2) “appropriate education” on said measures; (3) “sufficient monitoring” to ensure that said measures are followed; or (4) “swift action” upon the discovery of a violation.[19]

One term synonymous with a finding of “lack of institutional control,” although far less implemented, is the “death penalty.”[20]  The “death penalty”—or, as it is formally known, the “repeat-violator legislation”—is applicable if two major violations occur within a five-year period.[21]  A team subject to the “death penalty” can be barred from competition for either one or two seasons.[22]

This past June, Louisville’s basketball program received its first major violation within the past five years, which resulted in the program being placed on probation and Pitino being suspended for the first five games of conference play this upcoming season.[23]  This latest scandal could be the dreaded second blow that results in Division I’s first death penalty since the football program at Southern Methodist University was penalized in 1987.[24]

[4] See Attachment, supra note 3, at 7 (stating purpose of bribe).  The Complaint referred to the University of Louisville as “University-6.”  Id. at 13.  Additionally, although Dawkins is not a registered agent, his role at the company was to recruit “athletes as clients and maintain[] client relationships for the firm.”  Id. at 12.

[10] See id. at 1–3 (listing wire fraud conspiracy as Count One); see also 18 U.S.C. § 1349 (2012) (“Any person who attempts or conspires to commit any offense under this chapter shall be subject to the same penalties as those prescribed for the offense, the commission of which was the object of the attempt or conspiracy.”).

[11] See id. at 3–4 (listing wire fraud as Counts Two and Three); see also 18 U.S.C. § 1343 (2012) (“Whoever, having devised or intending to devise any scheme or artifice to defraud, or for obtaining money or property by means of false or fraudulent pretenses, representations, or promises, transmits or causes to be transmitted by means of wire, radio, or television communication in interstate or foreign commerce, any writings, signs, signals, pictures, or sounds for the purpose of executing such scheme or artifice, shall be fined under this title or imprisoned not more than 20 years, or both.”).

[16] See id. (discussing illegality of payment in regard to NCAA regulations).

[17] For a discussion of possible NCAA actions taken against Louisville, see infra notes 18–24 and accompanying text.

[20] For a discussion regarding the “death penalty,” see infra notes 21–24 and accompanying text.

[22] See id. (listing penalties associated with death penalty).  Other penalties include: “elimination of all initial grants-in-aid and recruiting activities in the sport involved;” resignation of staff members serving on various NCAA boards or committees; or relinquishment of the institution’s voting privileges for four years.