Can Soccer Teams be Liable for Child Abuse in England? 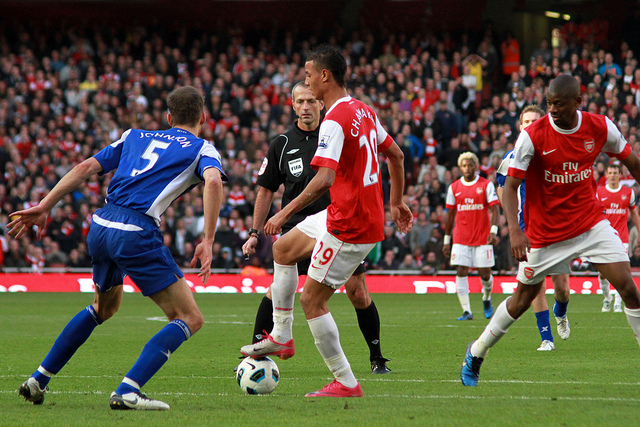 Millions of people play organized sports as children; for many, it is the most enjoyable time of their childhood.[1]  Children look up to the people entrusted with the responsibility of taking care of them, but when this trust is broken by coaches abusing children, then there are serious consequences.[2]

On November 16, 2016, Daniel Taylor, a reporter for the Guardian Newspaper, wrote an article that rocked the sporting world.[3]  Taylor brought to light the story of Andy Woodward, a former professional soccer player for Crewe Alexandria in England where, as an eleven year-old, he began suffering terrible abuse at the hands of a youth coach, Barry Bennell.[4]  Woodward was scouted by Bennell, who brought him to the Crewe Alexandria Youth Academy, where Bennell also served as a coach.

While playing for Crewe’s youth team, Woodward often stayed at Bennell’s house, and it was there that the abuse began.[5]  According to Woodward, Bennell, who was known as one of the best youth coaches in the country, often silenced his victims by threatening their future soccer careers or by using physical violence.[6]  In the interview, Woodward recalled how terrified he was of Bennell, which caused him to suffer from suicidal thoughts, panic attacks, and ultimately forced him to retire at the age of twenty-nine.[7]

Until the interview, the scope of this problem was unknown.  However, after the interview, more than 350 victims from more than fifty-five different teams came forward, showing that this issue was not a solitary instance, but rather a widespread problem.[8]  Revelations continued with Gary Johnson, a former Chelsea Football Club player, revealing that just three years ago his former club was informed of his abuse and chose to pay him to stay quiet rather than investigate the issue.[9]

In addition to the obvious criminal cases that the government has against the alleged abusers, the abused individuals could bring civil actions against the alleged abusers if they can show on the balance of probabilities (by preponderance of the evidence) that they were abused and suffered damages.[10]  The next big question that remains is whether teams can be held vicariously liable for the abuse committed by coaches and scouts.

For a court to hold an employer liable for the conduct of its employee, the plaintiff must show 1) that an employer-employee relationship existed, whether express or implied, and 2) that the employee’s action was authorized by the employer or was so closely connected to the scope of employment that the employer should be held liable.[11]  Last year, the Supreme Court of the United Kingdom affirmed the “close connection” test that was set out in Lister v. Hesley Hall.[12]

In Mohamud v. WM Morrison Supermarkets, the defendant, an employee at a gas station, assaulted a customer.  The customer filed suit against the employee and against Morrison, the gas station.[13]  The Court held that the employee had not “metaphorically taken off his uniform” when he committed the assault.[14]  As he was committing the assault, he chased the customer out of the store and told him not to come back.  The Court held that these actions were closely connected with the scope of employment, and that by setting the action into motion, the employer caused the tortious act to take place.[15]  The close connection test is still the relevant test for vicarious liability cases generally, and would likely be applied to cases against sports teams.

There are relatively few vicarious liability cases involving abuse in a sporting context.  However, in 2015, an apprentice for Stoke City Football Club (“Stoke City FC”) filed suit against Stoke City FC and Peter Fox, a player for Stoke City, for two assaults committed by Fox.[16]  The apprentice alleged that Fox coated a finger of a goalkeeping glove with deep heat, a type of healing gel that is applied to muscles, and then inserted it into the apprentice’s backside because the apprentice made a poor decision while refereeing a practice match, and because he made a cup of tea that was not hot.[17]  The apprentice claims that the assaults caused him severe “physical and psychiatric injury,” and caused him to lose his chance to become a professional player.[18]

The High Court in GB v. Stoke City Football Club[19] stated in dicta that extending the doctrine of vicarious liability to include assaults from players to apprentices would be a slippery slope that would put many organizations at risk of being liable for any assault that occurred in their workplace.[20]  The court found that Stoke City did not know about the practice of “gloving” and further that they employed Peter Fox to play for Stoke City, not to discipline or educate their apprentices, and not to be a role model for their apprentices.[21]  This decision, while not binding, will likely have an important impact on the way future assault cases in sports are argued.

With the recent allegations against Barry Bennell and the deluge of accusations that preceded it, soccer teams in England will be on high alert for complaints accusing them of being liable for abusive actions of coaches.  In these cases, a court must use the test set out in Lister to determine if there was an employment relationship between the coach and the team, and whether the acts committed were so closely related to the scope of employment that they could be seen as the team committing the act themselves.[22]  The court will likely look to GB v. Stoke City, which discussed the potential impact of having employer soccer teams held liable for actions of its employees.[23]

The recent allegations, such as the one against Barry Bennell and Crewe Alexandria, are different from GB v Stoke City because here the employees were scouts and coaches for the team.  These scouts and coaches worked specifically to find young soccer players, convince them to join the team and then help train and develop them into professional players.  While doing this job, they had a significant amount of power and influence over these young players, and they used it to threaten the young players’ careers.[24]  Bennell and others committed the alleged acts while doing their job, and were only able to commit the acts because of the position they held.  This important distinction with GB v. Stoke City may be enough to change the court’s thinking.  If a court does hold soccer teams vicariously liable for these claims, there could be massive effects.  There are hundreds of claims out there already, and many more that have not yet been discovered.  The potential for litigation is massive because the story is so heart wrenching, and because the teams have such deep pockets.

[4] See id. (stating Andy Woodward opened up about abuse he suffered at hands of his coach, Barry Bennell).

[5] See id. (discussing how Andy Woodward first came into contact with Barry Bennell, and how Bennell was influential in beginning Woodward’s career).

[7] See id. (discussing abuse Woodward suffered and effects it caused him both personally and professionally).

[14] Id. at [47] (describing connection necessary for an employee to be acting within scope of his duties).

[15] Id. (stating when an employee acts within scope of his employment, then employer may be held liable for his actions).

[21] See id. (describing court’s holding there were not enough facts to support apprentice’s claim, and then in dicta stating consequences of extending current vicarious liability law).

[24] See Taylor, supra note 3 (discussing roles and responsibilities of coaches and scouts like Barry Bennell and how he used power over young players).