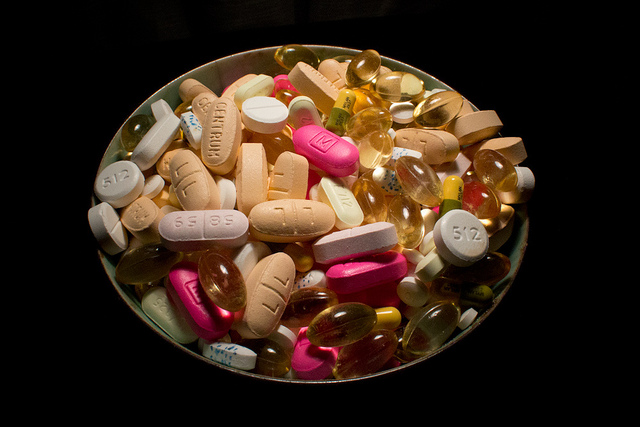 The NFL is no stranger to controversy. From its concussion litigation, to “Deflategate,” to players protesting the national anthem, the sports association has not come up short recently in making headlines, on- or off-season.[1]

Unfortunately for the NFL, a new controversy seems to be (re)emerging: the over-administration of painkillers.[3]  In 2014, ten retired football players in Dent, a class action, sued the NFL for fraudulent concealment and negligent misrepresentation, among other claims.[4]  As the named plaintiffs, these players alleged that team doctors and trainers “‘rarely, if ever,’” gave prescriptions or warned of the “side effects and risks” of the drugs.[5]  Instead, they prioritized getting players quickly back on the field despite being hurt.[6]  The players now suffer from physical and mental health issues, including “[joint] injuries . . .  heart disease, renal failure, and drug addiction,” because of this custom.[7]

However, the NFL moved to dismiss these claims, arguing that because the NFL and players had collective-bargaining agreements (“CBAs”) in place when the players were active members of the league, the court would have to interpret the CBAs in this case to determine what duties the NFL owed the players.[8]  As such, the NFL argued that section 301 of the Labor Management Relations Act (“LMRA”) preempted their claims.[9]  The court agreed, noting that Section 301 of the LMRA “governs ‘[s]uits for violation of contracts between an employer and a labor organization.’”[10]  Thus, because the court would have to interpret the CBAs, which lays out the parties’ negotiated rights and duties, section 301 preempted plaintiffs’ “state-law claims.”[11]

Yet, the court was careful not to “minimize” the injuries the players were suffering.[12]  It acknowledged their pain and recognized the dangers the players put themselves in to play football professionally, but carefully explained how the CBAs put a contractual gloss over the case.[13]  The court allowed the players leave to amend their complaint and they have since appealed to the Ninth Circuit Court of Appeals.[14]

Dent gained some traction in the media, but the case’s dismissal took away its bite.[15]  Still, the case got the attention of the federal Drug Enforcement Agency (“DEA”), which began to do “surprise inspections” on NFL teams to investigate “the misuse[ ] of prescription drugs.”[16]

While Dent was a setback for players seeking relief, a sister case emerged in late spring of 2015: Evans.[18]  In Evans, as in Dent, retired NFL players filed a class action, alleging that team doctors and trainers “provided injured players with prescription medications in lieu of adequate rest.”[19]  This “return to play culture” was pervasive, according to the players, spanning across different teams and up chains-of-command.[20]

But Evans is different than Dent in two major ways.[21]  First, unlike Dent¸ the plaintiffs in Evans named as defendants the league’s thirty-two individual clubs, not the NFL.[22]  Second, the Evans plaintiffs have alleged intentional misrepresentation, not negligent misrepresentation.[23]  As such, the court does not need to evaluate CBAs to understand what the NFL was “affirmatively [required to do] . . . to protect the health and safety of the players.”[24]  Instead, as the court explained, the inquiry is solely on what the “clubs did wrong.”[25]  The court further added that because the plaintiffs alleged that the clubs violated the Controlled Substances Act and the Food, Drug, and Cosmetic Act in the way they administered painkillers, the plaintiffs benefited from an exception to section 301 of the LMRA.[26]  This exception provides that courts do not need to interpret CBAs where a plaintiff asserts that the defendant in privity “sanction[ed] illegal action” because a CBA cannot authorize what is unlawful.[27]  Therefore, the Evans court concluded that interpreting any CBA would be unnecessary in determining whether intentional misrepresentation took place, and so this claim was not preempted under section 301.[28]

Nonetheless, when reviewing the amended complaint, the court still dismissed the plaintiffs’ intentional misrepresentation and concealment claims against all clubs except the Lions, Raiders, Broncos, Packers, Seahawks, Dolphins, Chargers, and Vikings because these were the only clubs for which the plaintiffs pled with sufficient particularity.[29]  The court also dismissed the RICO and conspiracy claims without leave.[30]

It is unclear how the Evans ruling can affect the Ninth Circuit’s appellate ruling in Dent.  What is clear, however, is that there is a long road ahead for both parties, paved with litigation.  The players in both cases are serious about seeking relief and challenging the NFL’s “return to play culture.”[31]

Hopefully, the concussion litigation, in many ways the predecessor to the cases here, will serve as a forewarning to the NFL and the individual clubs to get smart on how they treat injuries and rethink their painkiller dependency.[32]

[3] See, e.g., Jim Litke, Only on AP: Falcons Worried About Handling of Painkillers, Associated Press (Jan. 31, 2017, 8:15 AM), http://pro32.ap.org/article/only-ap-falcons-worried-about-handling-painkillers?utm_campaign=SocialFlow&utm_source=Twitter&utm_medium=AP_NFL (reporting on chain of Atlanta Falcons’ emails that “show[ ] a franchise worried about its ‘excessive’ reliance on painkillers to treat players and the potential embarrassment that could cause the team and the NFL”).

[4] See Dent, 2014 WL 7205048, at *1 (citing Plaintiff’s Second Amended Complaint ¶¶ 23–49, 55).  (alleging medical personnel from “individual clubs . . . supplied players with a consistent string of pain medications . . . all in an effort to return players to the game rather than allow them to rest and heal properly from serious, football-related injuries”).  Some of other claims were negligence per se, loss of consortium, and negligent hiring and retention. See id. (listing nine claims in total).

[5] Id. (claiming painkillers were regularly offered “‘without a prescription and with little regard for a player’s medical history or potentially-fatal interactions with other medications’”) (quoting Plaintiff’s Second Amended Complaint ¶ 16).

[7] Id. (reviewing complaint) (citing Plaintiff’s Second Amended Complaint ¶¶ 23–49, 242–47, 287); see generally Eugene Monroe, Getting Off the T Train, Players’ Trib. (May 23, 2016), http://www.theplayerstribune.com/2016-5-23-eugene-monroe-ravens-marijuana-opioids-toradol-nfl/ (explaining experience in NFL with prescription opioids).  Monroe focuses in on the use of a drug called Toradol: Before kickoff on game day, in NFL locker rooms all over the country, players wait in line to drop their pants. We call it the T Train. . . . The T Train is nothing more than a bunch of really large guys waiting to pull their pants down to get shot in the butt with Toradol, a powerful painkiller that will help them make it through the game and its aftermath. Id.  Monroe also urges the NFL to rethink its ban on medical marijuana, arguing that it is a “better solution” than painkillers to treat injuries. See id. (advocating cannabinoid use).

[8] See Dent, 2014 WL 7205048, at *2–3 (setting forth contractual issues).  Moreover, concerning the players’ negligence claims, the court emphasized how “[t]here is simply no case law that [imposes] upon a sports league a common law duty to police the health-and-safety treatment of players by the clubs.” Id. at *3.

[9] See id. at *2 (explaining grounds of defendant’s motions to dismiss).

[16] Robert Silverman, The NFL Runs on Piles of Painkillers, The Daily Beast (Nov. 17, 2014, 7:36 AM), http://www.thedailybeast.com/articles/2014/11/17/the-nfl-runs-on-piles-of-painkillers.html (noting Dent litigation motivated DEA).  After the district court granted the NFL’s motion to dismiss in Dent, it seems that the DEA retreated from doing “surprise inspections.” See generally id. (describing DEA involvement).  See also Ryan Van Bibber, Why the DEA Is Investigating NFL Teams and What Comes Next, SB Nation (Nov. 17, 2014, 8:04 AM), http://www.sbnation.com/nfl/2014/11/17/7231649/nfl-dea-investigation-drug-abuse-painkillers (commencing investigations before district court handed down decision in Dent).

[18] Id. at *1 (opining on NFL’s motion to dismiss based on allegations in original complaint, filed in May 2015).  Initially, the plaintiffs had only sued for intentional misrepresentation and conspiracy. See id. at *2 (setting forth claims).  They then included Racketeer Influenced and Corrupt Organizations (“RICO”) Act and concealment claims in their amended complaint. See id. at *1 (mentioning additions).

[20] See id. at *2, *10 (alleging individual clubs, through their members, general managers, doctors, among others, conspired with one another about use standards for medication).

[29] Evans, 2017 WL 467830, at *10 (applying standard of Federal Rule of Civil Procedure 9(b)). Federal Rule of Civil Procedure 9(b) states that “[i]n alleging fraud or mistake, a party must state with particularity the circumstances constituting fraud or mistake.” Fed. R. Civ. P. 9(b).  The court determined that this standard applied to intentional misrepresentation and concealment because they “are both grounded in fraud.”  Evans, 2017 WL 467830, at *7 (discussing pleading requirements).  The court granted the plaintiffs leave to amend the complaint for the other clubs on these claims. See id. at *11 (warning that this was their final chance to amend complaint “in all respects”).

[32] See Silverman, supra note 16 (noting how prevalent prescription medicine use is in football and comparing Dent to concussion lawsuit).  On whether the NFL really cares for players’ health in the long run, Silverman comments, “Football is an abattoir, and what happens to the minds and bodies of athletes once they’re no longer able to play isn’t the NFL’s concern.” Id.