Standing Room Only: Disgruntled Football Fan Tells Third Circuit That When it Comes to Standing, Twombly and Iqbal Do Not Apply 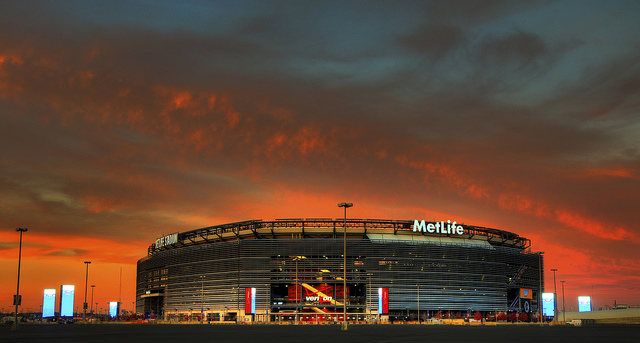 Super Bowl XLVIII may have ended more than two years ago, but one attendee is still pursuing a lawsuit claiming he and others were forced to pay exorbitant prices for Super Bowl tickets as a direct result of the NFL’s policy on ticket sales.[1]  On February 7, 2017, plaintiff-appellant, in his previously twice-dismissed action, argued that the Third Circuit should not apply Twombly and Iqbal’s plausibility standard when determining whether standing is satisfied, and has furthermore implored the court to clarify the use of the plausibility standard in the Circuit.[2]

Lawsuit Sown in the Garden State

The appeal now pending before the Third Circuit is the second for a putative class action that began before Super Bowl XLVIII was even played.[3]  On December 30, 2013, Josh Finkelman purchased two tickets to Super Bowl XLVIII from a secondary retailer for approximately two and half times their face value.[4]  One week later, and a whole month before the actual game, Mr. Finkelman filed a class action complaint against the NFL in the District of New Jersey.[5]

As the plaintiff, Mr. Finkelman alleged that the NFL’s policy of withholding a certain number of tickets from sale to the general public violated a New Jersey statute that permits no more than five percent of tickets to be withheld from the public.[6]  Because of this alleged violation of state law, plaintiff and others similarly situated were forced “to purchase tickets on the secondary ticket market at prices well above face value.”[7]  Plaintiff thus sought the difference between the face value and what he and others actually paid for their tickets to Super Bowl XLVIII.[8]

In January 2015, almost a year after the game in question was played, the District Court dismissed what was at that point the plaintiff’s First Amended Class Action Complaint.[9]  In its ruling, the District Court found that the NFL’s ticket policy did not violate the New Jersey statute and therefore the plaintiff had failed to state a claim upon which relief could be granted under Federal Rule of Civil Procedure 12(b)(6).[10

First Trip to the Third Circuit

On appeal, the Third Circuit held that the First Amended Class Action Complaint was properly dismissed, but focused its analysis on standing, and found that the complaint failed to “allege facts which, if true, would be sufficient to establish Article III standing.”[11]  In reaching this conclusion, the Court reasoned that plaintiff failed to even enter the NFL’s lottery that potentially could have granted him access to tickets at face value and therefore, his conduct, not an action by the NFL, rendered his ability to purchase tickets at face value nonexistent.[12]

Under an alternative theory, the plaintiff could have attempted to recover for the difference in prices on the secondary market that resulted because of the NFL’s alleged violation of the New Jersey ticket law.[13]  In that way, plaintiff would not recover the full difference between the face value and whatever was actually paid, but rather what the price of the ticket would have been had the NFL withheld no more than five percent of tickets from the general public.[14]

However, the court reasoned that based on the plaintiff’s pleading, it would be impossible to say whether the NFL’s actions increased or decreased the price of tickets on the secondary market, and consequently, impossible to say whether an injury resulted.[15]  Beyond mere speculation, to satisfy Article III standing, the plaintiff would need to show an injury related to the defendant’s conduct.[16]

Second Trip to the Third Circuit

Upon remand, the District of New Jersey permitted the plaintiff to file a Second Amended Class Action Complaint.[19]  Nonetheless, that court again found the newest amended complaint deficient and dismissed it, but this time, like the Third Circuit, upon finding that the plaintiff had not satisfied standing.[20]

Once again the plaintiff has sought review before the Third Circuit, but this time he is able to point to the court’s own opinion regarding the prior dismissal and claim that he has done just what the court asked him to do.[21]  In particular, the Second Amended Class Action Complaint now includes factual attestations by an expert witness, seasoned in sports economics, who is prepared to testify with statistical modeling that allegedly shows with exactitude the injuries sustained as a result of the NFL’s alleged violation of the New Jersey ticket statute.[22]

Furthermore, plaintiff on appeal has lodged both precedential and normative attacks against the Third Circuit’s previous decision concerning standing in this case, arguing that the use of a plausibility standard would contradict established law and distort the function of standing.[23]  Based on precedent, plaintiff contends that Article III standing and merits claims have been analyzed under different standards, and that requiring the Twombly standard would be out of line with Supreme Court precedent because Article III standing “requires only that the plaintiff’s injury be fairly traceable to the defendant’s conduct.”[24]  Relatedly, Third Circuit precedent has cut both ways on the issue of whether Article III standing must meet the plausibility standard, and consequently the plaintiff has beseeched the Court to clarify the proper analysis of standing.[25]

Next, the plaintiff argued that the plausibility standard should not be used to evaluate standing because vetting cases based on their merits and vetting cases based on standing serve two distinct gatekeeper functions in federal courts.[26] Twombly and Iqbal made it clear that a plaintiff’s complaint must contain sufficient factual allegations to plausibly demonstrate his claim before discovery may begin.[27]  Thus, the “gatekeeper function” of evaluating the sufficiency of a claim is to ensure that the plaintiff’s complaint demonstrates that the case is plausible enough to subject the defendant to continued litigation.[28]

On the other hand, Article III standing serves a different gatekeeping purpose because it functions as a threshold question that assures cases belong in federal court.[29]  Consequently, a pleading need only show that a case or controversy exists to satisfy Article III, and therefore to ensure that the federal court’s jurisdiction is proper.[30]  Thus, standing is a threshold issue that ensures a federal court has jurisdiction, whereas Twombly and Iqbal become relevant under a 12(b)(6) motion when a court must necessarily probe the merits of the plaintiff’s claim.[31]

It is somewhat bizarre to litigate the notoriously expensive tickets to an exclusive event over two years after the event.[32]  But it is not necessarily bizarre to hope to avoid the extension of plausibility to standing analysis because adding plausibility to such determinations would likely stifle access to federal courts.[33]  However, the sufficiency of the claims in both Twombly and Iqbal were based on whether they met the requirements of the Federal Rules, whereas the standing question here is based primarily on whether the complaint conforms to Constitutional requirements.[34]  Thus, the Third Circuit would be wise to avoid a decision that may appear to infringe the constitutional grant of standing.[35]

Decided in 2007 and 2009 respectively, Bell Atlantic Corporation v. Twombly and Ashcroft v. Iqbal famously introduced the requirement that pleadings in federal courts must allege facts sufficient enough that, when taken as true, plausibly state a claim for relief on their face. See Bell Atlantic Corp. v. Twombly, 550 U.S. 544, 570 (2007) (“[W]e do not require heightened fact pleading of specifics, but only enough facts to state a claim to relief that is plausible on its face.”); Ashcroft v. Iqbal, 556 U.S. 662, 678 (2009) (“A claim has facial plausibility when the plaintiff pleads factual content that allows the court to draw the reasonable inference that the defendant is liable for the misconduct alleged.”).

[2] See Brief of Plaintiff-Appellant Josh Finkelman and Joint Appendix (Volume I of IV) at 29–33, Finkelman v. Nat’l Football League, No. 16-04087 (3d Cir. Feb. 7, 2017) [hereafter Plaintiff’s Brief] (alleging plaintiff “is not required to satisfy Twombly/Iqbal plausibility standard in order to satisfy Article III standing” and Court should look at jurisprudence on constitutional standing to determine issue rather than jurisprudence regarding factual sufficiency).

[6] See Plaintiff’s Brief, supra note 3, at 3, 13 (alleging New Jersey Consumer Fraud Act, N.J.S.A. 56:8-1, requires at least ninety-five percent of tickets to events be made available to general public and NFL’s practice did not comply with law).

[9] See id. at 191 (stating plaintiff amended complaint one month after filing and that dismissal was granted on January 20, 2015).

[11] Id. at 192–93 (outlining Third Circuit required parties to engage in additional briefing on standing issue, which subsequently took forefront in its analysis).

[12] See id. at 198 (holding because of plaintiff’s choice to not participate in lottery and choice to purchase tickets through secondary market, any harm he actually sustained could only be causally linked to his conduct).

[13] See id. at 199–200 (admitting plaintiff’s complaint did not “allege this theory of harm as clearly as it could have” but nonetheless exploring possibility of standing based on an injury to those who purchased on an illegally inflated secondary market).

[14] See Finkelman, 810 F.3d at 200 (“We will therefore consider the argument that his Article III injury is not the $1,200 premium he paid per ticket, but rather some unspecified portion of that amount attributable to the NFL’s alleged withholding.”).

[15] See id. (postulating prices on secondary market for Super Bowl tickets actually could have been lower because of NFL’s ninety-nine percent withholding of tickets because many were given out for free to individuals who may have resold them for prices far below what they would have had tickets not been free to start).

[17] See id. (reasoning while plaintiff here knows precisely how defendant violated the law, in contrast to Twombly, plaintiff has not shown adequately that he was actually harmed and therefore has not established standing).

[18] See id. at 203 (dismissing complaint with leave for District Court to determine whether leave should be granted to amend again).

[21]   See id. at 27–28 (summarizing by supplementing his pleadings with expert analysis, plaintiff has “directly follow[ed] the roadmap set forth in Finkelman”).

[22] See id. at 20–23 (outlining how Dr. Daniel Rascher proposed secondary market would differ if NFL had complied with NJ statute and made ninety-five percent of tickets available to general public).

[24] Id. at 30 (“Importing the Twombly/Iqbal pleading standard to the Article III context would be contrary to the Supreme Court’s consistent warnings that pleading Article III and the merits of a claim are subject to two separate standards.”).

[25] See id. at 29 (specifying various cases in Third Circuit have recently taken divergent stands on issue of whether plausibility analysis is germane to determinations of standing).

[26] See Plaintiff’s Brief, supra note 3, at 31–32. Pleading the merits a claim serves the gatekeeper function of weeding out claims that lack a substantive factual basis. . . . By contrast, the purpose of Article III standing is not to ensure that a claim has a sufficient factual basis, but rather, it addresses separation-of-powers concerns, by serving the gatekeeper function of weeding out those types of claims that cannot be adjudicated by federal courts. Id.

[27] See id. at 31 (arguing plausibility ensures “costly discovery” is only pursued when a claim has sufficient merit).

[28] See id. (contending it is “logical” a plaintiff is required to plead sufficient facts to state a claim because of the high cost of discovery to prove his claim).

[29] See id. at 32 (arguing it is “logical” satisfying Article III standing requires only demonstrating plaintiff has a case or controversy, regardless of the claim’s merits).

[30] See id. (citing Lujan v. Defenders of Wildlife, 504 U.S. 555, 560–61 (1992)) (specifying elements of standing as plaintiff must have suffered an injury in fact, need for a causal nexus between the injury and conduct by defendant, and it is likely injury will be remedied by a successful lawsuit).

[31] See Plaintiff’s Brief, supra note 3, at 32 (claiming “it is improper to mix” merits and standing analysis).

[33] See Plaintiff’s Brief, supra note 3, at 31 (“[W]holesale importation of the Twombly/Iqbal standard into an Article III analysis results in a much stricter entry to the courthouse.”).