Getting Out of the Weeds: NFLPA to Propose Reassessing Stance on Marijuana 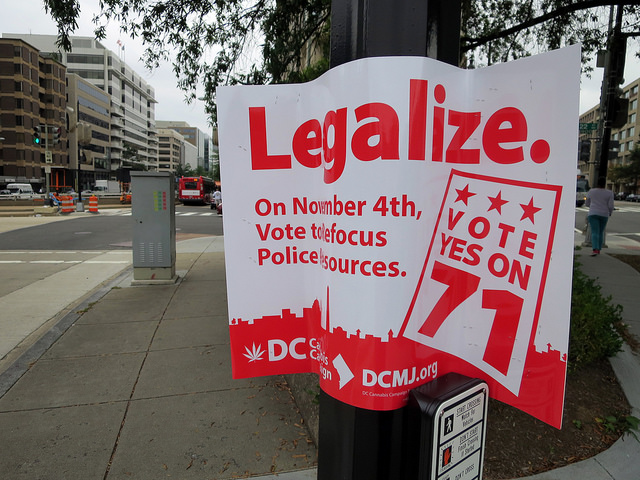 The 2016 election season is one America will not, or cannot, soon forget.[1]  However, somewhere amidst the scandals, the Saturday Night Live skits, and the uncomfortably heated two-party debates, the 2016 elections “may [have] go[ne] down as a watershed” for marijuana.[2]

In light of this ongoing shift and, presumably, the manifold criticisms regarding its position, the National Football League Players Association (NFLPA) is now drafting a proposal to amend the National Football League’s (NFL) policy regarding marijuana use.[6]  If the league and the union can, in fact, amend what has been deemed a “backwards” policy, they may finally undo what is viewed as a substantial abuse of their “Substances of Abuse” policy.[7]

Weeding Through the Criticisms

Recently, the NFL ruled a ten-game suspension against Buffalo Bills player, Seantrel Henderson, for violating the NFL Policy and Program for Substances of Abuse (“Policy”).[8]  Because it was Henderson’s second violation in one year, should he fail another test, the NFL will ban him for life.[9]  Yet, even more vexing is that, in order to comply, Henderson must cease to use marijuana, which, for him, is treatment to cope with pains related to Crohn’s disease.[10]

Although Crohn’s is incurable, medical studies have shown that the use of marijuana, in particular, helps ease pains associated with the disease.[11]  Henderson’s agent noted, “[t]here is zero allowable medical exemption for this per the NFL; however, there clearly should be.”[12]

Henderson is not alone.  Recently, nine current and former NFL players, along with Doctors for Cannabis Regulation, signed an open letter to the NFL urging the league to reconsider its stance.[13]  The letter argues that “[b]y removing cannabis as a substance of abuse, [the NFL] would also join the 76% of doctors who favor its use for medicinal purposes.”[14]

Furthermore, this argument may be especially potent in light of recent lawsuits against the NFL for allegedly conspiring to encourage the “use [of] painkillers . . . to get [players] back on the field.”[15]  In 2011, the Journal of Drug and Alcohol Dependence found that “over half of all retired NFL players used narcotic painkillers during their careers, and 71% of those ended up abusing those painkillers.”[16]  Tennessee Titans linebacker, Derrick Morgan, argued that, regarding painkillers, “we need to know what the options are when it comes to taking care of our bodies . . . [w]e should have all options available to us.”[17]

Yet, greater health and policy concerns aside, there are also concerns regarding the inconsistencies between the NFL’s treatment and disposition regarding marijuana use and the Policy’s actual stated goals and purposes.

Weeding Through the Rules

The NFL Program and Policy for Substances of Abuse states that its “primary purpose” is “to assist Players who misuse Substances of Abuse.”[18]  The collectively-bargained Policy first mentions a general prohibition on “Substances of Abuse,” defined as “[t]he illegal use of drugs and the abuse of prescription drugs, over-the-counter drugs, and alcohol.”[19]  The Policy also notes, in a footnote, the “NFL and the NFLPA prohibit Players from the illegal use, possession, or distribution of drugs, including but not limited to cocaine; marijuana; opiates and opioids . . . .  [t]he abuse of prescription drugs, over-the-counter drugs, and alcohol is also prohibited.”[20]

Based on their non-exhaustive list of those illegal use drugs—as opposed to the abuse drugs—the Policy, presumably, prohibits the “use, possession, or distribution” of those drugs that are prohibited by law while prohibiting the “abuse” of prescription drugs, over-the-counter drugs, and alcohol.[21]  How, then, can the NFL justify banning a substance, such as marijuana, that is now legal for medical use in more than two-thirds of NFL franchise states?[22]

Weeding Through the Damage Control

Unsurprisingly, this past November, the NFLPA responded by forming a committee to “study players’ use of marijuana as a pain-management mechanism.”[23]  The union has since adopted the committee’s findings and is currently drafting a proposal to be presented before the NFLPA board of representatives and, ultimately, the league.[24]

In late January, NFL Commissioner, Roger Goodell, stated, “[w]e’ve had several conversations about this issue and . . . . [it] will be one of the subjects in the collective bargaining process.”[25]  Perhaps, if the union and the league can now tune itself to the legislative and medical zeitgeist, players may finally look to alternative sources of pain relief without fear of severe, and possibly career-ending, punitive repercussions.

[7] See generally Benes, supra note 6.  For a discussion regarding the NFL’s policy on marijuana use, see infra notes 18-21 and accompanying text.

[11] See id. (explaining marijuana and Crohn’s disease, “an inflammatory bowel disease . . . [that] causes inflammation of the lining of your digestive tract”) (alteration in original).

[13] See generally An Open Letter to the National Football League from Doctors for Cannabis Regulation (Nov. 11, 2016), available at http://dfcr.org/wp-content/uploads/NFL-open-letter.pdf.

[15] Mike Chiari, NFL Sued by Former Players Over Painkiller Usage: Latest Details, Comments, Bleacher Rep. (May 21, 2015), http://bleacherreport.com/articles/2472326-nfl-sued-by-former-players-over-painkiller-usage-latest-details-comments (“The former players are accusing NFL teams of advising them to use painkillers in an effort to get them back on the field.”); see generally Evans v. Arizona Cardinals Football Club LLC, No. C 16-01030 WHA, 2016 WL 3566945, at *1 (N.D. Cal. July 1, 2016) (refusing to dismiss case and allowing discovery).

[19] Id. at 1 (beginning with general policy which prohibits “Substances of Abuse”).

[22] See An Open Letter to the National Football League from Doctors for Cannabis Regulation, supra note 13 (stating twenty-two of thirty-two franchises are located in states in which medical marijuana is legal).