Not Par For the Course: Muirfield Retains All-Male Membership and Loses Status as British Open Host 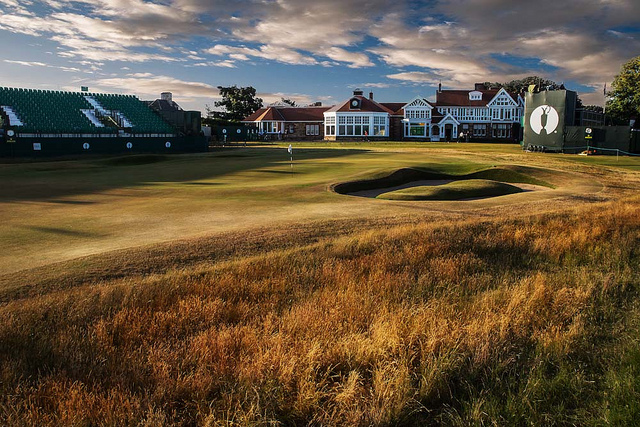 Since its invention, the game of golf has earned a reputation as a notoriously male-dominated sport.[2]  The issue of gender discrimination in the golf world still looms large today, as evidenced in the United Kingdom by Muirfield Golf Club’s vote to retain all-male membership and The Royal and Ancient’s (R&A) subsequent removal of the Scottish course from the British Open host rotation.[3]

As a private institution, Muirfield not only as the right to ban female members, but also has the right to ban female visitors.[7]  The Equality Act 2010 allows “a private club that restricts membership to people with a particular protected characteristic [to] also place similar restrictions on access by associates and guests.”[8]  However, Muirfield allows women to play as visitors at the course and to enter the clubhouse, so it is not availing itself of all of the sex-based restrictions that the Equality Act allows.[9]

Consequently, any legal challenges to the club’s membership policy would likely fail because the policy is in compliance with the governing law.[10]  For this reason, the R&A’s decision to remove Muirfield as a British Open host is fundamentally unfair.[11]

This decision also highlights a flaw in the R&A’s regulatory system, as its rules and regulations do not explicitly condemn or prohibit male-only clubs from hosting competitions.[12]  As the governing body for golf outside of the United States and Mexico, the R&A’s rules and regulations for the sport reign supreme throughout the world.[13]  However, attempts to combat gender discrimination in golf are nowhere to be found in the R&A’s official rules or guidelines for competition.[14]

The R&A’s decision to remove Muirfield as British Open host is also unfair because it came without warning, and it allowed other clubs on the rotation to see firsthand how a decision to retain all-male membership would be met by the R&A.[15]  The Royal Troon Golf Club, which hosted the 2016 British Open in July, voted to allow female members during that same month.[16]  Prior to Muirfield’s loss of status as British Open host, the Royal Troon vote was not planned until the “back end” of 2016.[17]  This vote to admit women at Royal Troon was “expected, with the prestige and economic benefits of hosting the Open at stake.”[18]

Finally, the inconsistent application of the R&A’s new “policy” further demonstrates the unfairness of the R&A’s decision regarding Muirfield.[19]  Portmarnock Golf Club still maintains a male-only membership policy, but was selected to host the 2019 British Amateur Championship by the R&A.[20] The selection of Portmarnock came after Muirfield lost its status as British Open host for failing to admit women as members.[21]  If the R&A was truly committed to gender equality in the sport, it would have a firm policy in place and consistently apply that policy “across the board.”[22]

Even if Muirfield were to change its policy, it is unclear if, or when, it would return to the British Open course rotation.[23]  When the R&A’s decision was announced, R&A chief executive, Martin Slumbers, said the club would be reconsidered as a British Open venue if it changed its membership policy.[24] While the R&A’s decision certainly has its flaws, overall, it “promotes golf as being a sport for life which can be played and enjoyed by people of all ages, backgrounds and levels of ability.”[25]  And, as a result, the British Open has officially been used for “social engineering.”[26]  Ultimately, it remains to be seen whether the R&A’s attempt to manage and regulate social change in the golf world will be successful.

[3] See Josh Berhow, Muirfield Says No to Women, R&A Says It Can’t Host British Opens, Golf Mag. (May 19, 2016), http://www.golf.com/tour-and-news/muirfield-says-no-women-ra-says-it-cant-host-british-opens (quoting R&A Chief Executive, Martin Slumbers, who said, “The Open is one of the world’s greatest sporting events and going forward we will not stage the Championship at a venue that does not admit women as members.”). See also Chuck Schilken, Muirfield Loses British Open Host Status After Vote to Uphold Male-Only Membership, Los Angeles Times (May 19, 2016, 7:59 AM), http://www.latimes.com/sports/more/la-sp-sn-british-open-women-20160519-story.html (noting thirty-three Muirfield members actively campaigned against the change in membership policy because “‘foursomes and speedy play would be endangered.’”). See also The Royal & Ancient Golf Club, The R&A, http://www.randa.org/Heritage/The-Royal-Ancient/The-Royal-Ancient-Golf-Club (last visited Feb. 2, 2017) (noting that Royal & Ancient Golf Club of St. Andrews was founded in 1754, was governing authority for game until reorganization in 2004 led to creation of R&A, and is still considered to be “home of golf” today).

[4] See Equality Act 2010: What Do I Need to Know? A Quick Start Guide for Private Clubs and Other Associations, Gov’t Equalities Office, https://www.gov.uk/government/uploads/system/uploads/attachment_data/file/85018/private-clubs.pdf (last visited Feb. 2, 2017) (noting “[t]he Act maintains the previous exceptions allowing clubs to restrict their membership according to race and sexual orientation and extends it, in line with the extended protection from discrimination, to also cover . . . sex”).

[9] See Visitors Notes of Guidance, Muirfield, http://www.muirfield.org.uk/visitors/visitors-notes-of-guidance.aspx (last visited Feb. 2, 2017) (stating club welcomes visitors who are at least sixteen years old, but does not make specification as to gender of visitors).

[10] See supra notes 4–9 and accompanying text (discussing why Muirfield’s membership policy does not violate any anti-discrimination or public accommodation laws).

[12] See Guidance on Running a Competition, The R&A, http://www.randa.org/Guidance-on-Running-a-Competition/Rules/ (last visited Feb. 2, 2017) (noting Committee running competition is responsible for establishing conditions under which competition is to be played).

[14] See Guidance on Running a Competition, supra note 12 (showing R&A’s guidelines for running competition do not discourage organizers from hosting at golf clubs or courses that discriminate against women).

[15] See Schilken, supra note 3 (noting R&A “followed Muirfield’s announcement with one of its own.”).

[17] Royal Troon to Deal with Male-Only Rule After The Open Championship, ESPN (Apr. 26, 2016), http://www.espn.com/golf/story/_/id/15383609/royal-troon-deal-male-only-rule-open-championship (stating that Royal Troon would not take up membership issue until after it hosted British Open).

[18] Id. (quoting Royal Troon’s club captain, Martin Cheyne, who said “[t]he importance of being in the international world of golf was recognized by the members.”).

[21] See id. (noting decision to host Amateur Championship was announced in September 2016, while Muirfield decision occurred in May 2016).

[22] See supra notes 12–14 and accompanying text (showing R&A’s guidelines for running competition do not contain official policy prohibiting tournaments from being hosted at golf clubs that discriminate against women).

[23] See Berhow, supra note 3 (quoting R&A chief executive, Martin Slumbers, who said, “[I]t would be some years before Muirfield would have been considered to host the Championship again.”).

[24] See id. (noting it would have been years before Muirfield hosted British Open again, given schedule for staging tournament).