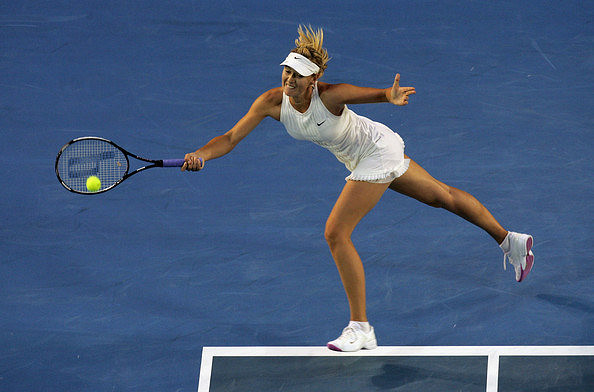 Maria Sharapova, a 29-year-old tennis player and owner of five Grand-Slam titles, is one of the richest female athletes in the world.[1]  Sharapova’s glory was jeopardized, however, after she played in the quarter-final round of the Australian Open against Serena Williams on January 26, 2016.[2]  Immediately following the match, a urine sample was taken from Sharapova, pursuant to the rules of the Tennis Anti-Doping Program 2016 (“TADP”). [3]  On March 2, 2016, the International Tennis Federation (“ITF”) sent Sharapova a letter informing her that her sample contained Meldonium, a newly prohibited substance.[4]

How Did this Happen?

By way of procedural history, as of January 1, 2016, the drug Meldonium was included on the TADP Prohibited List.[5]  Originally developed in Latvia, Meldonium is prescribed to heart patients to help with blood flow.[6]  Not approved for use in the United States or the European Union, the drug “acts as a metabolic modulator, inhibiting carnitine synthesis so that cells switch to generating energy from glucose rather than fat, thus requiring less oxygen to produce equivalent energy.”[7]  Meldonium is marketed under several brand names, including, but not limited to, Mildronate.[8]

The World Anti-Doping Agency (“WADA”) published the 2016 Prohibited List of substances on September 29, 2015, which included a summary of major modifications.[9]  One such statement in the summary declared that “Meldonium (Mildronate) was added because of evidence of its use by athletes with the intention of enhancing performance.”[10]  In an effort to notify players of the change, the Women’s Tennis Association (“WTA”) sent out an e-mail with the subject “Player News” on December 18, 2015.[11]  While the e-mail mentioned the 2016 TADP, it did not explicitly notify recipients that there had been any changes or additions to the Prohibited List.[12]  Several days later, on December 22, 2015, the ITF e-mailed several players and their agents, including Sharapova, about changes to TADP for 2016.[13]  While the e-mail included a link to the anti-doping pages of the ITF website, it did not give the players explicit notice that Meldonium had been added to the Prohibited List.[14]  Sharapova stated, “I received . . . an e-mail with changes happening for next year as well as reporting whereabouts and a link to a button where you can press to see the prohibited items for 2016 . . . I did not look at that list.”[15]

What Were the Consequences?

Subsequently, an independent tribunal appointed by the ITF held a hearing in London on May 18 and May 19, 2016, to determine the consequences to be imposed on Sharapova for the admitted doping violation.[16]  The ITF tribunal released its decision on June 6, 2016, noting that Sharapova was “the sole author of her own misfortune.”[17]  It found that Sharapova did, in fact, commit an anti-doping violation.[18]  Consequently, the player was disqualified from her results in the January 2016 Australian Open.[19]  The period of ineligibility would be two years, beginning on January 26, 2016, the exact date of the violation.[20]

On June 9, 2016, just three days after the ITF decision was released, Maria Sharapova filed a statement of appeal with the Court of Arbitration for Sport to challenge its ruling.[21]  In October 2016, the Court of Arbitration for Sport ultimately ordered the ITF Independent Tribunal’s decision to be set aside.[22]  Instead, CAS imposed a fifteen-month suspension for the player that began on the date of the anti-doping rule violation: January 26, 2016.[23]

The inconsistencies surrounding Sharapova’s case provide a mold for thinking about anti-doping efforts going forward.[24]  In an interview with Charlie Rose on PBS shortly after CAS’s decision was released, Sharapova admitted,

“[T]here are a lot of things that could have been done to prevent this . . . [b]y myself being more proactive, by speaking to my manager at the end of last year saying, ‘How did you check this? Did you check it? Is it permissible?’ But then, I’ve learned how much more other federations did in this case around this substance.”[25]

Sharapova has, no doubt, learned from this situation, and sincerely hopes that all of the publicity from the case will help the ITF consider modifying its anti-doping regulations and procedures.[26]  It is clear that the ITF and WADA need to change the current structure of the anti-doping regulations, especially because some other sports federations seem to have much more transparent systems for notifying players of rule changes.[27]

Looking ahead, while the WTA has used Sharapova’s case to begin making changes to the system, it still has a long way to go.[28]  Sharapova forwarded the recent WTA e-mail announcing changes to the 2017 anti-doping program to her lawyer, John Haggerty of Fox Rothschild, who opined that, while “the e-mail was a far cry from [last year’s] convoluted e-mail, . . . more steps need to be taken.”[29]  Sharapova herself will also make changes to her approach to comply with tennis’s anti-doping efforts by appointing a whole team to oversee her anti-doping responsibilities instead of relying solely on her agent, Max Eisenbud.[30]  Sharapova sincerely hopes her situation will bring awareness to the issues surrounding anti-doping efforts in the sport, and, in a powerful public statement released after CAS’s decision, asserted, “I hope the ITF and other relevant tennis anti-doping authorities will study what these other federations did, so that no other tennis player will have to go through what I went through.”[31]

[1] See Maria Sharapova Doping Ban Appeal Postponed, Keeping Her Out of Rio Olympics, CbsNews (last updated July 11, 2016, 8:55 AM), http://www.cbsnews.com/news/maria-sharapova-in-olympics-surprise/ (noting Sharapova is one of tennis’s most widely-recognized players and one of just ten women in history with at least one title from each of sport’s four Grand Slam tournaments).

[3] See id. (highlighting time frame in which ITF tested Sharapova for doping substances during her participation in 2016 Australian Open).

[4] See id. (noting way in which ITF communicated to Sharapova that her sample contained banned substance).

[8] See id. at 5 (noting substance is known by several different names and it can have positive effect on athlete’s performance).

[9] See id. at 11 (showing WADA annually updates Prohibited List as changes occur in substance use and abuse from year to year).

[12] See id. suggesting e-mail was not as informative as it could have been in notifying players of important changes to TADP).

[14] See id. (suggesting e-mail attempted to remind players how to access information about changes but perhaps was not transparent enough to make changes known to all).

[17] Id. at 32–33 (indicating independent tribunal did not show sympathy to Sharapova’s case because there were many ways in which situation could have been avoided).

[18] See id. at 33 (noting having Meldonium in her system at Australian Open constituted violation of article 2.1 of TADP).

[19] See id. (finding article 9.1 of TADP provided for automatic disqualification of player from results in tournament).

[20] See id. at 31–33 (acknowledging Sharapova was permitted to have period of ineligibility back-dated to date of violation because she was cooperative in admitting she violated anti-doping rules).

[25] Maria Sharapova Says She’s Coming Back Stronger After Doping Scandal, CBS News (Oct. 5, 2016, 9:32 AM), http://www.cbsnews.com/news/maria-sharapova-tennis-grand-slam-champion-doping-suspension-reduced-comeback-april/ (quoting Sharapova’s thoughts on how situation could have been handled differently and what she has learned from it all).

[27] See Ruiz, supra note 24 (noting difference in other federations’ systems and need for more clarity across sport of tennis).

[29] Id. (noting 2017 e-mail with changes to anti-doping program was more effective than that of 2016 but still was far from perfect).

[30] See id. (recognizing Sharapova will be proactive in organizing team of agents to oversee her anti-doping responsibilities in hopes of reducing any future administrative oversights).

[31] Ruiz, supra note 24 (asserting future players should not have to encounter situation similar to that of Sharapova because systems should be modified to avoid future problems in this area).