To Be or Not to Be: Student-Athlete Employees 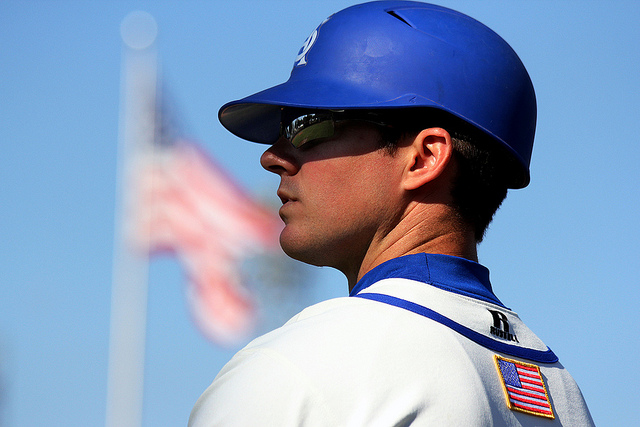 Additionally, the court noted that most courts did not consider student-athletes employees “in the worker’s compensation context and [student-athletes] are thus not entitled to compensation from their schools for injuries they suffer while playing their respective sports.”[5]  The court finally pointed to Section 10b03(e) of the Department of Labor’s Field Operations Handbook, which describes how participation in extracurricular activities does not generally impart employee status to students within the meaning of the FLSA.[6]  In a concurring opinion, Judge Hamilton expressed concern that the appellants’ logic was so broad that it could be applied outside of the context of college athletics.[7]

Is Love of the Sport Blinding?

March Madness is a classic example of how massively college sports have grown; both fans and alumni follow their teams as they compete nationally and wear their gear just as proudly as fans supporting professional sports teams.[8]  Those in support of defining student-athletes as employees argue that student-athletes mainly come to universities not for an education, but for athletic competition with the hope of pursuing professional athletic careers post-graduation (which is unlikely).[9]  Additionally, universities often advertise and profit from marketing players’ images, names, and performances.[10]  Based on the economic benefit that universities incur and the rigor of the student-athletes’ training during university, proponents argue that student-athletes are essentially employees and should be compensated at least through a minimum wage.[11]

Additionally, Judge Hamilton’s concurrence raises some serious questions as to how far the appellants’ arguments actually reach.[17]  Extracurricular activities other than athletics are often very demanding, but provide only academic credit instead of payment.[18]  If courts allow student-athletes to be considered employees and paid a minimum wage, what does that mean for members of the marching band, the cheerleaders, or other facets of university life?[19]  As the debate continues in the wake of Berger v. NCAA, consideration should be given to what differentiates interscholastic athletics from other equally demanding extracurricular activities similarly seen at the university level.[20]

[3] See Berger, 843 F.3d at 288 (considering whether “student athletes are employees who are entitled to a minimum wage under the Fair Labor Standards Act”).

[6] See id. at 293 (describing concerns with broader implications of appellant’s argument). Section 10b03(e) of The Field Operations Handbook states: As part of their overall educational program, public or private schools . . . may permit or require students to engage in activities in connection with dramatics, student publications, glee clubs, bands, choirs, debating teams, radio stations, intramural and interscholastic athletics and other similar endeavors. Activities of students in such programs, conducted primarily for the benefit of the participants as a part of the educational opportunities provided to the students by the school or institution, are not work of the kind contemplated by [the FLSA] and do not result in an employer-employee relationship between the student and the school. Id. at 292–93 (quoting United States Dep’t of Labor, Field Operations Handbook § 10b03(e), available at https://www.dol.gov/whd/FOH/FOH_Ch10.pdf) (emphasis in original).

[7] See Berger, 843 F.3d at 294 (Hamilton, J., concurring). Judge Hamilton wrote: Because the plaintiffs in this case did not receive athletic scholarships and participated in a non-revenue sport, they pursued a broad theory. The logic of their claim would have included not only any college athlete in any sport and any NCAA division, but also college musicians, actors, journalists, and debaters. Id. (Hamilton, J., concurring).

[9] See id. (asserting student-athletes’ primary goal is pursuit of a career as a professional athlete). See also Probability of Competing Beyond High School, NCAA, http://www.ncaa.org/about/resources/research/probability-competing-beyond-high-school (last visited Jan. 26, 2017) (estimating that of approximately 8 million athletes playing in high school, approximately “480,000 of them will compete at NCAA schools. And of that group, only a fraction will realize their goal of becoming a professional athlete”); NCAA Recruiting Facts, NCAA, https://www.ncaa.org/sites/default/files/Recruiting%20Fact%20Sheet%20WEB.pdf (last visited Jan. 26, 2017) (providing statistics of individuals attaining position as professional athlete for each sport and all sports generally).

[11] See id. (viewing work student-athletes do, paired with universities arguable exploitation of student-athletes, as evidence of employee-employer relationship); see also Sally Jenkins, Are College Athletes the Same as Prisoners? These Judges Seem to Think So., Wash. Post (Jan. 5, 2017), https://www.washingtonpost.com/sports/colleges/are-college-athletes-the-same-as-prisoners-these-judges-seem-to-think-so/2017/01/05/ae05a772-d358-11e6-945a-76f69a399dd5_story.html?utm_term=.6a31dd138728 (recognizing student-athletes are “well recompensed through their scholarships,” but contending that they should be compensated more, because “they put in more hard labor than any work-study student toiling in the college library or cafeteria for wages”).

[13] See Wagner, supra note 8 (“The foundation of any working relationship is defining the respective roles . . . Getting the definition wrong is an invitation to abuse. It’s the reason unpaid internships get a high degree of legal scrutiny.”). Compare The Internship: Generation I, The Economist (Sept. 12, 2014), http://www.economist.com/news/international/21615612-temporary-unregulated-and-often-unpaid-internship-has-become-route (describing unpaid internships and universities’ encouragement through academic credit) with Scholarships, NCAA (last visited Jan. 26, 2017), http://www.ncaa.org/student-athletes/future/scholarships (listing academic-related coverage of scholarships).

[14] See Wagner, supra note 8 (admitting student-athletes are already being compensated through scholarships). “While it is true that the players do not receive a paycheck in the traditional sense, they nonetheless receive a substantial economic benefit for playing football.” Id. (quoting Peter Sung Ohr, Chicago Regional Director of the National Labor Relations Board). See also Jenkins, supra note 10 (recognizing compensation through scholarships). See generally Holzhauer, supra note 1, at 529–30 (describing benefits student-athletes receive and public perception of attempts for additional compensation). Despite these athletes’ vehement protests that this type of litigation is their only mechanism for seeking adequate payment for the money they bring in, the majority of the public, including coaches and players, oppose compensation, believing that scholarships and the advantages of being a student-athlete are sufficient opportunities. Such lawsuits demonstrate these student-athletes’ are attempting to bite the hands that feed them. Id.

[20] See Berger, 843 F.3d at 293 (trying to distinguish student-athletes from students participating in other extracurricular activities).