The Movement to End an Insidious Baseball Tradition 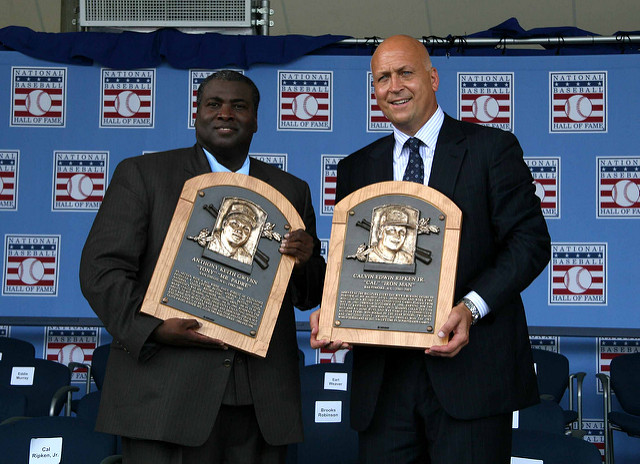 Baseball fans are accustomed to seeing their favorite players sporting a fat cheek during a ballgame. While some might think that is bubble gum, for the most part, these players are using chewing tobacco, which is commonly referred to as “dipping.”[1]

There is a long tradition of tobacco in sports, especially in Major League Baseball (MLB).[2] Between the 1920s and 1940s, every major league team had a cigarette sponsor, and baseball stars promoted tobacco products until 1969, when tobacco advertising on television and the radio was banned.[3] While chewing tobacco was once ubiquitous in baseball, today approximately twenty-five to thirty percent of players dip.[4] Although this represents a decline in smokeless tobacco usage, anti-tobacco organizations still believe tobacco is too prevalent in baseball and has a pervasive influence on America’s youth.[5] The movement to outlaw chewing tobacco in baseball includes state and city bans and increasing awareness of the dangers of chewing tobacco by former players, their families, and anti-tobacco groups.[6] Nonetheless, the future of chewing tobacco in baseball depends on negotiations between the MLB and the Major League Baseball Players Association (“MLBPA”).[7]

The MLB has attempted to outlaw chewing tobacco in the past, but the MLBPA has blocked these attempts.[8] Minor League Baseball, however, has outlawed chewing tobacco in the minor leagues, where players are not unionized, since 1993.[9] With overwhelming evidence of the dangers of smokeless tobacco and the general stigma of tobacco use in the United States, several cities and one state, California, have banned chewing tobacco at stadiums.[10] When the 2017 baseball season begins, nearly one-third of Major League ballparks will be tobacco free.[11] Additionally, Toronto and Washington, D.C. are considering similar laws.[12]

It remains to be seen whether these new measures will be effective and properly enforced. For one thing, players, even in the minor leagues, have illegally dipped without penalty.[13] Even if the laws are strictly enforced, the penalties for violating them may not be tough enough to stop players from using smokeless tobacco, especially considering the addictive nature of the habit. For example, violation of Chicago’s new law will result in a fine between $100 and $250.[14] This is chump change, however, for players who make millions of dollars per year.

With the MLB and MLBPA’s Collective Bargaining Agreement’s expiration on December 1, 2016, tobacco use in major league parks was a highly contentious issue.[15] Perhaps in an effort to bring more awareness to the problem, the family of hall of famer Tony Gwynn filed a wrongful death lawsuit in California against Altria Tobacco Company on May 23, 2016.[16] Gwynn, one of only thirty players in Major League history to accrue over 3,000 hits, died at the age of 54 in 2014.[17] After years of chewing tobacco use, Gwynn died from salivary cancer, which is associated with chewing tobacco.[18] The Complaint alleges that the defendant tobacco companies targeted Gwynn at a young age and gave him free samples of dip that “they purposely adulterated to make more addictive.”[19] Furthermore, the Gwynn family alleges that the defendant tobacco companies’ “marketing strategy hinged on using talented ballplayers like [Gwynn] to serve as unwitting role models for young kids and free national billboards.”[20]

While the goal of the suit is to ban chewing tobacco from the MLB, it is clear from the Complaint that the extent of relief is damages to Gwynn’s family.[21] However, the suit for the death of a beloved and charismatic baseball player significantly bolster’s awareness for the dangers of smokeless tobacco products and the narrative in favor of a ban of these products from baseball.

While the measure allows current MLB players to continue using tobacco, and there are potential hurdles to enforcing the new tobacco ban, anti-tobacco groups are pleased that Major League Baseball “is now on a clear path to become tobacco-free in the very near future.”[23]

[5] See id. (“Advocates for the bans say the most recent data from the Center for Disease Control suggests young athletes are especially prone to imitate the players who chew or dip, even though tobacco use among big leaguers has declined over the years.”).

[13] See Passan, supra note 10 (describing minor league players get away with dipping and begin addiction when they get to majors).

[20] Complaint, supra note 16, at 4; see Benjamin W. Chaffee et. al., Center for Tobacco Control Research and Education, Smokeless Tobacco in Sport and Use Among Adolescents 1, 4 (2015), available at http://escholarship.org/uc/item/6rc6v9t2# (finding fifteen percent of high school males currently use chewing tobacco, and that “[a]cceptance into male-oriented social networks and emulation of respected male figures has been repeatedly described as central to the process of smokeless tobacco initiation for young males”).