Then There Was Only One Certainty Left in This World: Congress Votes Tax Breaks for U.S. Olympic Medalists 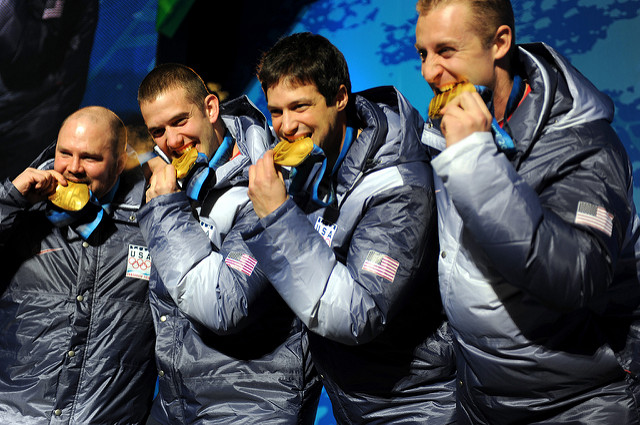 In his letter to Jean Baptiste LeRoy, Benjamin Franklin famously wrote, “[o]ur new Constitution is now established, and has an appearance that promises permanency; but in this world nothing can be said to be certain, except death and taxes!”[1]  Over two hundred years later, however, Olympic medalists have been granted some welcome uncertainty.

On September 22, 2016, the House of Representatives voted to grant income tax breaks to United States Olympians for their prize money and the value of any medals.[2]  Two months earlier, the Senate unanimously agreed on an identical bill, and, on October 7, President Barack Obama signed the bill into law.[3]

The United States Olympic Organizing Committee grants $25,000 to gold medalists, $15,000 to silver medalists, and $10,000 to bronze medalists, per medal.[4]  Based on medal results from the Rio 2016 Olympics, U.S. athletes combined a rough total of $1.2 million in earnings, not including the value of the medals.[5]

Although the law enjoys overwhelming bipartisan support in Washington D.C., many are skeptical. [6]  While the legislature portrays the law as a means to express gratitude, national athletes in other sports remain bound to certainty. Therefore, critics argue the policy inconsistent and the grateful intentions misplaced.

In 2012, Senator Marco Rubio introduced a bill to amend the Internal Revenue Code of 1986, excluding awards and winnings from the gross income of American Olympians.[7]  Senator Rubio stated “athletes representing our nation overseas in the Olympics shouldn’t have to worry about an extra tax bill waiting for them back at home.”[8]

The House Committee on Ways and Means, to which the bill was assigned, reasoned the Olympians perform a commendable service to the country on a world stage, through hard work and sacrifice in the realm of athletics.[9]  Bipartisan advocacy notwithstanding, skeptics argue that such an expression of gratitude ought to be offered consistently. [10]  Surely, other national athletes equally meet the proposed standard.

The Call for Consistent Application

The U.S. national soccer teams arguably perform a similarly commendable service on an even broader stage.[11]  During the 2002 World Cup, the United States Men’s National Team reached the quarterfinals, and, subsequently, each player received $203,000.[12]  Viewer statistics show that the World Cup generates roughly 1.5 billion more viewers than the Summer Olympic Games, yet soccer players are still taxed on their winnings.[13]

However, according to reasons stated in the House Committee Report, fairness and consistency ought to dictate tax breaks for U.S. soccer players as well. Furthermore, the wide world of sports aside, Nobel Peace Prize winners, Pulitzer Prize winners, and International Tchaikovsky Competition winners, among many other world-stage winners, are still taxed on their winnings.[14]

If the standard is gratitude-worthiness, why has Congress failed, or declined, to apply it to others who seemingly meet it?

Application disparity may, nonetheless, be secondary to the concern that Congress may now be in the business of weighing, for tax purposes, the merits of Americans’ activities and vocations.[15]

One commentator reasons, “[t]he earnings of a great artist and a reality TV show producer are taxed the same . . . . [and] [t]hat can seem a bit perverse at times.”[16]  However, the commentator also notes that “having Congress try to assess which professions are important and which are bad would be much worse.”[17]

Thus, while Congress may deign to approach consistency by offering tax breaks to all U.S. athletes, still the very value judgment which elevated athletics may, perhaps, present the deeper issue.

Far from advocating the aggrandizement of “legal plunder”—merely seeking consistency within that which is already established—the fundamental concerns remain: why is gratitude-worthiness a standard for tax breaks, and who ought to decide to whom the standard is applied?[18]

Ultimately, despite Benjamin Franklin’s historic remarks, over two hundred years later, this law now makes uncertain the certainty of taxation. What is certain, however, is critics will continue to argue the apparent inconsistencies of the new law and the inherent dangers of legislative vocational value judgments.[19]

[2] See generally Amber Philips, Congress is About to Give Olympians a Tax Break, Wash. Post (Sept. 22, 2016), https://www.washingtonpost.com/news/the-fix/wp/2016/08/15/olympic-gold-medalists-may-be-about-to-score-another-win-congress-looks-ready-to-give-them-a-tax-break/ (reporting on news of House of Representatives voting in favor of tax breaks for Olympic medalists); see also United States Appreciation for Olympians and Paralympians Act of 2016, H.R. 5946, 114th Cong. §2 (2016) (adding a new section to Section 74 of Internal Revenue Code of 1986).

[10] See Guttmann, supra note 3 at 113 (Senator Rubio’s “only argument is that taxing Olympians on their cash prizes seems unfair or un-American, but what Rubio fails to realize is that not taxing Olympians is essentially unfair to regular citizens, who are required to pay taxes on prizes they receive”). For further notes regarding critics of the policy, see supra note 6.

[12] Compare David Weliver, How Much Do Olympic Athletes Earn?, Money Under 30 (Aug. 1, 2016), http://www.moneyunder30.com/how-much-do-olympic-athletes-earn-unless-youre-michael-phelps-not-enough (arguing for tax breaks because Olympic athletes lack a steady income), and Grant Wahl, More World Cup Incentive: How Much is a Roster Spot Worth for U.S. Players in Brazil?, Sports Illustrated (May 20, 2014), http://www.si.com/soccer/planet-futbol/2014/05/20/world-cup-usa-usmnt-player-bonuses-money-ussf (discussing player incentives to compete in World Cup), with Waldron, supra note 6 (presenting Michael Phelps as preeminent reason why tax breaks should not be given to Olympic medalists), and Guttmann, supra note 3, at 114 (suggesting Olympians compete not for financial gain but for “glory, the fulfillment, and the love of the sport”).

[15] See Yglesias, supra note 6, (“the underlying issue is that taxes aren’t supposed to be a cosmic judgment on the underlying worthiness of people’s activities”).

I do not dispute [legislators’] right to invent social combinations, to advertise them, to advocate them, and to try them upon themselves, at their own expense and risk. But I do dispute their right to impose these plans upon us by law – by force – and to compel us to pay for them with our taxes.

[19] For a discussion of criticisms regarding the policy, see supra notes 11–18 and accompanying text.