Would E-Sports Gamers Want to be NCAA Student-Athletes? 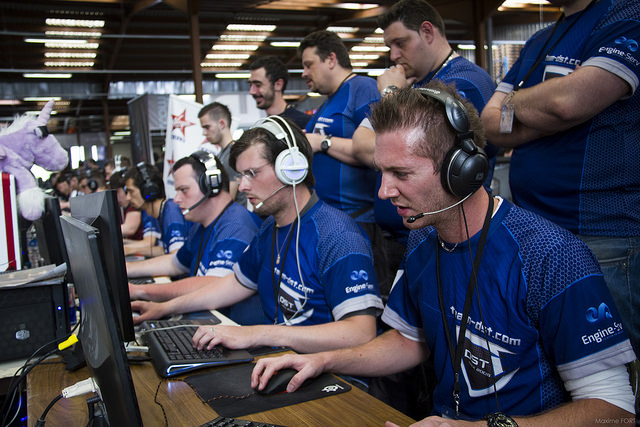 On May 24, 2016, the Pac-12 announced that it would be adding an e-sports competition to their conference during the 2016–2017 year, to be broadcast on the Pac-12 Network.[1]  According to the official summary of the conference’s year-end board meetings, the decision was made “following an internal review of the growing interest amongst Pac-12 students in competitive video gaming.”[2]  The exact structure of the competition, and the game in which students will compete, has not yet been announced.[3]

The announcement from the Pac-12 reflects the recent trend of televising e-sports competitions. This year, Turner Broadcasting System and WME/IMG created “ELeague,” an e-sports competition broadcast on TBS over ten weeks.[4]  The first competition, which began airing in May, featured teams from all over the world playing Counter-Strike: Global Offensive for a piece of the $1.2 million prize pool.[5]  In the realm of collegiate e-sports, ESPNU and ESPN2 broadcast the “Heroes of the Dorm” tournament organized by the game developer Blizzard Entertainment in April.[6]  Sixty-four North American collegiate teams competed in Blizzard’s Heroes of the Storm game, and the tournament’s winning team from Arizona State University won a $25,000 cash prize to apply towards tuition or student loans.[7]

Furthermore, colleges and universities have been gradually sponsoring e-sports over the past few years.[8]  Robert Morris University became the first university to offer scholarships to gamers, specifically to League of Legends players.[9]  A handful of other colleges followed, including Columbia College, which provides scholarships for students to play League of Legends on behalf of the school in various competitions, including developer Riot Games’ North American Collegiate Championship.[10]  Most recently, UC Irvine announced in March 2016 that the university will open a 3,500-square-foot gaming facility on campus and provide scholarships to ten students, enough to create two League of Legends teams to compete during the 2016–17 academic year.[11]

E-Sports is “Clearly Not an NCAA Sport:” Gaming Culture and Amateurism Do Not Compute

The increasing university involvement in e-sports has left many to question how e-sports and student gamers will be regulated.[12]  The Pac-12’s announcement indicates that its e-sports competitions will be subject to not only the conference’s rules but also the NCAA bylaws.[13]  However, the Pac-12 has not yet confirmed whether e-sports will be subject to all NCAA bylaws. In an interview with VICE Sports, Pac-12 Commissioner Larry Scott said that e-sports was “clearly not an NCAA sport, so it’s not going to be governed by NCAA rules.”[14]

Scott’s assessment requires serious consideration, because the nature of the gaming culture calls into question whether e-sports is compatible with the NCAA bylaws regarding amateurism.[15]  People start competitive gaming as early as the age of fourteen, and many retire from gaming by their mid-twenties.[16]  Not only do gamers participate in competitions for money, as explained above, but it is incredibly common for gamers to earn money by streaming online footage of themselves playing games.[17]  For example, one of the most widely used platforms for gamers to upload and stream videos is Twitch, which is owned by Amazon. Twitch users can apply directly through Twitch to become a partner, and partners receive a percentage of ad revenue generated from viewers watching content on their channel.[18]  The amount of money earned through Twitch depends on various factors including number of views, number of advertisements viewed, length of partnership, and potential sponsorship deals with gaming companies or Amazon; for example, one professional gamer with an average of 18,000 – 40,000 live viewers per Twitch stream reportedly earned up to $8,000 per month in 2015.[19]

The way NCAA bylaws read, a large percentage of gamers could be precluded from becoming amateur collegiate e-sports athletes unless they cease all monetization of their online activities. NCAA bylaws for Division I, Division II, and Division III sports all provide that after becoming a student-athlete, anyone who “uses his or her athletics’ skill for pay in any form in that sport” will lose amateur status.[20]  Therefore, gamers would have to give up any money they earn from online streaming, whether thousands of dollars in sponsorship deals or just a few cents in ad revenue from a few hundred views of a YouTube video. Only Division III bylaws specifically state that receiving pay in any form for athletic ability before college enrollment destroys amateurism eligibility; therefore, structuring e-sports amateurism according to Division I or Division II standards may not exclude every gamer from becoming a student-athlete.[21]

Room to Grow Within NCAA Bylaws?

The NCAA bylaws do not appear to automatically exempt all gamers who participate only in professional competitions prior to enrolling as a full-time college student. Division I and Division III bylaws allow a potential student-athlete to participate in a professional league prior to enrolling in college, provided that they do “not receive more than actual and necessary expenses to participate on the team.”[22]  Furthermore, Division III bylaws specifically state that winning prize money in a professional competition prior to college enrollment would not jeopardize a potential student-athlete’s amateur status.[23]

The question remains whether young gamers, who have adapted to a culture that permits them to make money in various ways, would have to give all of that up to play as a university student-athlete. No current university regulation precludes college students from participating in professional competitions and earning money, which could make a student-athlete option less attractive to a gamer who might not want to abide by university e-sports regulation.[24]  Furthermore, if the Pac-12 organizes their e-sports competition independently of NCAA bylaws, the conference may risk undermining the rules of amateurism that universities defend.[25]

[1] See Pac-12 Announces Series of Decisions Out of End of Year Board Meetings, PAC-12 Conference (May 24, 2016), http://pac-12.com/article/2016/05/24/pac-12-announces-series-decisions-out-end-year-board-meetings (announcing plans for e-sports competition in conference and on television).

[3] See id. (explaining structure of e-sports competition is to be determined).

[6] See Andrew Lynch, A Guide to Heroes of the Dorm, the eSports Event That’s About to Take Over Your Timeline, Fox Sports (Apr. 9, 2016, 4:00 PM), http://www.foxsports.com/buzzer/story/heroes-of-the-storm-esports-heroes-of-the-dorm-explainer-heroic-four-tournament-guide-040916 (explaining Heroes of the Storm gameplay and what to expect in tournament). Like any major sporting event, the Heroes of the Dorm tournament faced cheating scandals and organized a bracket challenge for fans. See Brett Molina, Harvard Team Caught Cheating in ‘Heroes of the Dorm’ Event, USA Today (Mar. 28, 2016, 9:58 AM), http://www.usatoday.com/story/tech/gaming/2016/03/27/harvard-team-caught-cheating-heroes-dorm-event/82320786/ (detailing how teams from Harvard University and University of Michigan were disqualified for providing their account information to better players not on their teams); Bracket Challenge, Heroes of the Dorm, https://www.heroesofthedorm.com/brackets/challenge (last visited Aug. 2, 2016) (offering a $10,000 prize for finishing first in official bracket challenge).

[21] See 2016–17 NCAA Division III Manual, supra note 20, at art. 12.1.3.2(a) (“Before initial, full-time collegiate enrollment, an individual . . . shall not be eligible for participation in a particular sport if the individual . . . [u]ses his or her athletics skill (directly or indirectly) for pay in any form in that sport, unless it meets one of the permissible amateurism activities identified under Bylaw 12.1.3.1.”).

[24] See Trahan, supra note 12 (noting e-sports gamers have “more leverage” because college e-sports is not as reputable as, for example, college football).