Is There Sufficient Evidence in Favor of Ryan Zimmerman's and Ryan Howard's Defamation Claims Against Al Jazeera? 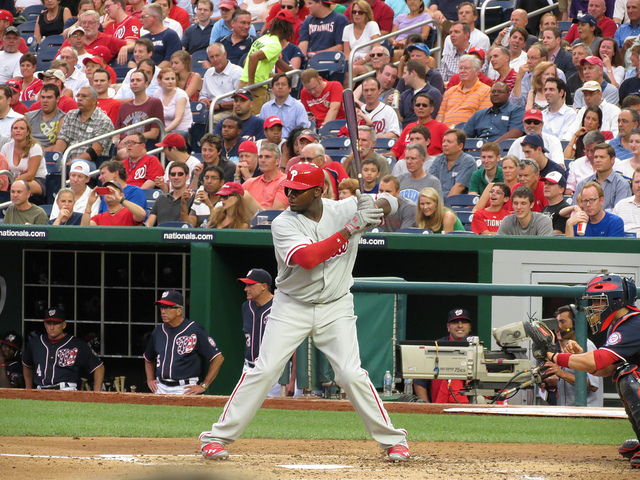 On December 27, 2015, Al Jazeera broadcasted The Dark Side: Secrets of the Sports Dopers, a documentary about professional athletes and prohibited performance-enhancing drugs.[1] The documentary follows Liam James Collins, a former athlete acting as an undercover reporter, interviewing various pharmacists and drug providers.[2] The interviews implicated many athletes in taking performance-enhancing drugs, including statements that both Ryan Zimmerman, first baseman of the Washington Nationals, and Ryan Howard, first baseman for the Philadelphia Phillies, use a steroid known as Delta-2.[3] In early January 2016, both Howard and Zimmerman filed defamation suits against Al Jazeera, Al Jazeera reporter Deborah Davies, and Collins in the U.S. District Court for the District of Columbia.[4] In April 2016, the defendants filed motions to dismiss for failure to state a claim, alleging that the facts surrounding the production of the documentary do not meet the actual malice requirement for a defamation suit in either Zimmerman’s or Howard’s case.[5]

Zimmerman and Howard’s complaints present similar arguments and satisfy the elements to state a claim of defamation in the District of Columbia: both claim to have never taken Delta-2 “or any other steroid or other performance-enhancing substance banned by the MLB,” that the statements made about them were false, and the statements caused reputational harm by suggesting they participate in criminal activity.[6] The two players also claim to have no association with Charles David Sly, the man identified as a pharmacist in the documentary who stated that they each take the steroid.[7]

Because Zimmerman and Howard are public figures, they must prove an additional element in the defamation suit: that the defendants acted with “actual malice” in putting the statements in the documentary, meaning they acted “with knowledge that [the statements were] false or with reckless disregard of whether [they] were false or not.”[8] This additional prong rests on the rationale that public figures assume the risk of media attention and public scrutiny, and it reinforces the freedom of press protections provided by the First Amendment.[9] A plaintiff must show clear and convincing evidence that “the defendant in fact entertained serious doubts as to the truth of his publication.”[10]A reporter does not act with actual malice by not investigating the accuracy of a source’s statements; however, if the accuracy of a statement is called into question, publishing the statement with such doubts or not taking steps to verify the information within the statement shows reckless disregard and actual malice.[11] Zimmerman and Howard have addressed this element in their complaints, claiming defendants “acted with either actual knowledge of falsity or with reckless disregard for the truth or falsity of the defamatory statements.”[12] In support of this claim, each stated that before the documentary aired, both Zimmerman and Howard contacted Al Jazeera, claiming the statements in the documentary were false.[13] Furthermore, reporter Davies admitted that Sly recanted all statements from his interview forty-eight hours before the documentary aired.[14]

Likelihood of Prevailing on Defamation Claim

Despite their claims, there is doubt as to whether Zimmerman and Howard will prevail.[15]Inaccuracies in the documentary alone cannot establish the defamation of a public figure or that the defendants acted with actual malice.[16] The issue is whether Al Jazeera knowingly published false information, and evidence of which does not seem to be present here.[17] It is uncertain whether Sly’s admission that he lied in his interview could show that Al Jazeera should have seriously doubted the information provided and investigated the accuracy of Sly’s statements.[18] However, Al Jazeera could potentially provide evidence that they reasonably relied on Sly’s credibility.[19] A recent New York Times article reported that Sly and his business partner ran a nutritional supplement and fitness company, which voluntarily dissolved the week after the documentary aired.[20] Almost all of the athletes Sly mentioned in his interviews, including Zimmerman and Howard, were clients of the company, indicating Sly could have known information about Zimmerman and Howard.[21]

Zimmerman and Howard’s lawsuits may also bring consequences in addition to the legal implications of the case.[22] The two athletes run the risk of having these incriminating statements publicly verified or being presented evidence that may suggest other unsavory aspects of their character.[23] Even if the statements from the documentary are proven false, it may be difficult to show the actual damage to Zimmerman and Howard, which would result in a reward of no monetary damages.[24] However, the risk of not receiving damages may not be as important as the publicity, media attention, and effort to maintain their personal images resulting from these lawsuits.[25]

[3] See Ryan Zimmerman, Ryan Howard File Defamation Suits vs. Al Jazeera, ESPN (Jan. 6, 2016), http://espn.go.com/mlb/story/_/id/14511191/ryan-zimmerman-ryan-howard-file-defamation-suits-vs-al-jazeera (detailing which athletes were accused of using contraband substances in Al Jazeera documentary). As of June 2016, Peyton Manning, who was also implicated in the Al Jazeera documentary, does not have plans to file suit against Al Jazeera. See Christine Brennan, What’s Latest on NFL Investigation into Peyton Manning HGH Allegations?, USA Today (May 26, 2016, 7:04 AM), http://www.usatoday.com/story/sports/columnist/brennan/2016/05/25/peyton-manning-hgh-allegations-al-jazeera/84922710/. A source close to Manning claimed Manning’s reasoning for not brining suit included the cost of litigation and unnecessarily exposing his private life to the public. See id.

[11] See id., at 727, 731, 733 (1968) (reasoning that no evidence of reporter’s awareness of potential false information does not establish actual malice). Actual malice may also be shown if evidence shows the story was fabricated, based entirely on an unverified anonymous source, or was “so inherently improbable that only a reckless man would have put them in circulation.” Id. at 732.

[22] See Calcaterra, supra note 15 (warning that defamation lawsuits will likely create more publicity for the documentary, lead more people to learn the false statement, and may cause more reputational damage).

[25] See Heitner, supra note 16 (suggesting lawsuits may be publicity stunt); Grow, supra note 15 (stating athletes “will likely enjoy some short-term P.R. benefits” from the lawsuits, although they “could potentially backfire”).