Scratching the Surface: Manning Alleged Sexual Assault Incident One of Many 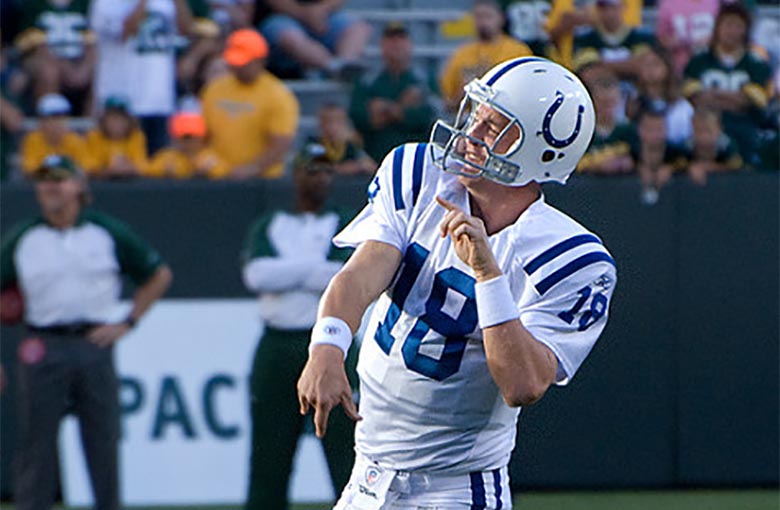 Peyton Manning’s alleged sexual abuse of Ms. Jamie Naughright is raising questions about the newly retired quarterback’s character, as well as that of his alma mater, the University of Tennessee (“University”).[1]  Although the incident occurred nearly two decades ago, its facts are being looked at anew after multiple women brought suit against the University this February, claiming to have been sexually assaulted by male athletes.[2]  In their complaint, these women allege “numerous Title IX violations by the school, an adjudication process heinously biased against victims, and a pattern of sexual assault by male athletes.”[3]

Apparently, Manning’s conduct was not the only of its kind.[8]  Naughright brought suit against the University for employment discrimination shortly after the Manning incident, citing dozens of other occurrences of sexual abuse and discrimination.[9]  The case eventually settled and Naughright’s employment with the University ended.[10]  As part of the settlement, the parties agreed to keep much of the information surrounding the suit confidential.[11]  Manning never faced criminal repercussions for his conduct.[12]

Instead of letting the allegations fade away indefinitely, Manning co-wrote a book in 2001, which included his version of the Naughright allegations.[13]  In the book, he seems to acknowledge that something inappropriate happened between the two, but that it was not nearly as serious as Naughright claimed.[14]  He also describes Naughright in a rather critical manner.[15]  As a result, Naughright brought a defamation suit against Manning and one of his co-authors.[16]  The case eventually settled and the matter was forgotten again until recently.[17]

Lawsuit Filed Against University of Tennessee

Naughright’s claims did not attract much public attention at the time, but in light of recent similar happenings at the University, her allegations cannot be dismissed so easily.[18]  Six unnamed plaintiffs recently sued the University arguing that it maintains “a toxic culture . . . that enables sexual assault and allows perpetrators to go unpunished.”[19]  The women are seeking damages for their individual troubles as well as injunctive relief to protect women facing the same hardships in the future.[20]

The complaint establishes the University’s unresponsiveness to take protective and preventative measures by detailing the facts surrounding each instance of sexual assault for all six plaintiffs.[21]  For example, one of the plaintiff’s claims she was raped by a football player in a school dormitory after she attended a fraternity party.[22]  The complaint also includes the employment discrimination claim filed by Naughright, which indicates sexual abuse has been a campus issue for quite some time.[23]  The complaint also references a memorandum written by a University higher-up expressing discontent in the way the University was handling student “misconduct and sexual assaults,” particularly the considerable role of the athletic department in investigating reported sexual assaults.[24]  The plaintiffs utilize the information in this memo to support their contention that the University created a “‘hostile sexual environment [and] rape culture.’”[25]

The complaint criticizes the University’s utilization of the “Tennessee Uniform Administrative Procedures Act,” which “provides students accused of sexual assault the right to attorneys and to confront their accusers through cross-examination and an evidentiary hearing in front of an administrative law judge.”[26]  These hearings favor alleged perpetrators at the expense of victims, who are exposed to extreme humiliation.[27]  Even more surprising, the judges presiding over these hearings are personally selected by the University’s chancellor and thought to be “favorable to athletes.”[28]  The plaintiffs also aver that the investigation process sometimes dragged on so long that athletes escaped answering to the claims against them altogether.[29]

It remains to be seen what will come of this lawsuit, but headway is being made considering multiple athletes accused in the complaint will be tried for rape this summer.[30]  As for Manning, the allegations will likely slip into the shadows again in light of his newly announced retirement.[31]

[14] See id. (discussing Manning’s acknowledgment of an incident with Naughright).

[15] See id.  Manning did not mention Naughright by her name, but it was obvious to whom he was referring in his book.  See id.  He described her as “‘vulgar,’” among other things.  See id.

[27] See id. (identifying disparate treatment between athletes accused of sexual assault as opposed to other types of misconduct).