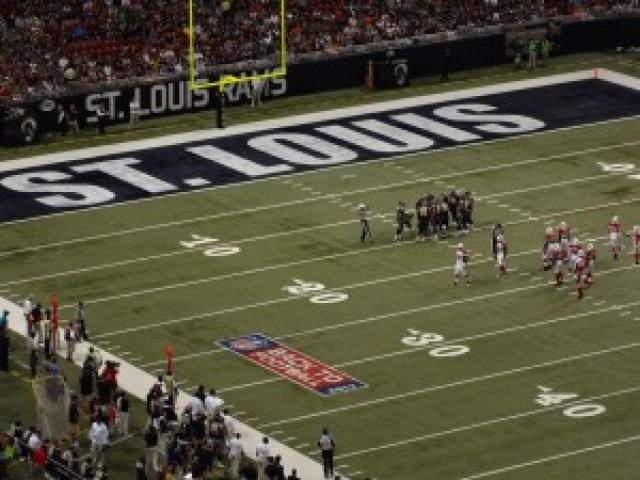 It seems that football fans in St. Louis have more than just scathing criticism up their sleeves after recently losing the Rams as their football team.[1]  Recently, a class-action lawsuit has been filed against the organization, claiming that the team’s owner made false and misleading statements regarding the team’s relocation plans.[2]  The fans argue that owner Stan Kroenke and company deceived fans, causing them to rely on this deception when purchasing, among other items, tickets, merchandise, and concessions.[3]  While recovering damages related to merchandise and concessions appears to be a long shot, the plaintiffs’ claim related to season ticket purchases does raise some interesting questions about an organization’s commitment to personal seat licenses (PSLs) after the team has packed up and left the city permanently.[4]

The plaintiffs in the class-action suit cite a number of statements from the Rams organization to support their claims.[5]  While there was never an explicit promise to keep the team located in St. Louis, fans are using the overwhelming amount of statements assuring that the team would stay put to justify damages.[6]  The plaintiffs argue that the intent to move to Los Angeles was withheld from the public until the end of the 2015 season.[7]  The plaintiffs allege that the first real notice of relocation plans occurred only in January of this year when the team actually applied to relocate to Inglewood, CA.[8]

The first of the two claims arises out of Missouri state law, specifically the Merchandising Practice Act.[9]  The law essentially prohibits the use of deception, which can include omitting material facts, “in connection with the sale of merchandise.”[10]  The MPA also provides that anyone who is harmed by such deceptive practice is entitled to damages, which includes punitive damages and attorney’s fees.[11]

The St. Louis plaintiffs are claiming that the purchase of all Rams-related merchandise made since 2010 (since Kroenke became owner) should be refunded.[12]  This claim could potentially include an astronomical final damages total, considering the scope of potential plaintiffs included in the class and the amount of merchandise purchased over the last five years.[13]  However, the purchasing and consumption of merchandise was still made during the time that the Rams were located in St. Louis.[14]  The deception was not in any way directly related to the enjoyment or use of the merchandise when the purchases were actually made.[15]  Thus, it would seem that this claim reaches outside of the scope of the MPA, venturing into territory that likely should not be covered by the language of the law.

The second claim – related to purchasing personal seat licenses in reliance on the teams’ deceptive statements – may be more likely to succeed, though success still seems unlikely.[16]  To provide background, a personal seat license (or “PSL”) is purchased by a fan to secure that fan’s right to buy season tickets for all future seasons in the same seats.[17]  The PSL is renewed either when the PSL holder chooses to renew season tickets, or if the holder sells the license to someone else.[18]  If neither of these actions are taken, the PSL is forfeited back to the team, not the stadium.[19]

The plaintiffs initially attempted to argue that the PSLs did not explicitly bar application to Rams games being played in other locations, because the licenses are rooted in the team rather than the team’s current stadium.[20]  Therefore, the guarantee that PSL holders had the “right to purchase season tickets for the assigned seats for each and every football season through the year 2025” should be honored, and holders should either be able to  attend games in Los Angeles, or transfer their PSL rights to Los Angeles fans.[21]

However, Section 12 of the general PSL agreements has since surfaced, which specifically dodges liability in the event that the Rams were to move to a different location.[22]  Despite this clear language exonerating the team from liability in the event of relocation, plaintiffs have now argued that this portion of the agreement should be deemed a contract of adhesion, leaving the fans “no opportunity to engage in meaningful negotiation” and forcing them to “agree to any and all potentially onerous terms” in order to purchase the licenses.[23]

Considering this battle is still in its infancy, it will be interesting to see whether fans will be able to land any of these legal blows against their former home team.

[5] See id. (citing statements made by Kroenke implying plans to stay).  Kroenke made a number of misleading statement: “I expect [to stay] right here in St. Louis” and “It’s not our desire to ever lead charge out of St. Louis…I’m going to attempt to do everything I can to keep the Rams in St. Louis.” See id.  Additional quotes include assurances that the team would stay in St Louis until “2032 and beyond,” John Breech, Rams Facing Two Lawsuits From Fans in St. Louis Over Move to L.A., CBS Sports (Jan. 21, 2016, 8:53 p.m.), http://www.cbssports.com/nfl/eye-on-football/25457755/rams-facing-two-lawsuits-from-fans-in-st-louis-kroenke-misread-situation (quoting Rams COO Kevin Demoff), and that the organizations entire focus was to build a winner “in and for St. Louis,” Shane Gray, NFL Breaking News, Rumors: Rams Reject Offer to Upgrade Stadium—Is L.A. Next, Bleacher Report (Mar. 1, 2012), http://bleacherreport.com/articles/1086408-nfl-breaking-news-rumors-rams-reject-offer-to-upgrade-stadium-is-la-next (quoting Demoff).

[12] See id. (discussing claim for damages).  The damages sought would only be pertaining to merchandise purchased after Kroenke became owner, because that was the time when misleading statements assuring fans of the plan to stay in St. Louis began. See id.

[14] See Daniel Werly, Breaking it Down: St. Louis Fans Sue the Rams for Relocating to Los Angeles, The White Bronco (Jan. 18, 2016), http://thewhitebronco.com/2016/01/breaking-it-down-st-louis-fans-sue-the-rams-for-relocating-to-los-angeles/ (noting that fans have already bought and enjoyed merchandise).  In other words, the deception that plaintiffs are relying on really has no bearing on the quality or enjoyment of the merchandise that they seek to be refunded.

[22] See Florio, supra note 16 (outlining terms of Section 12 which specifically dictate that PSL holders will not sue Rams in event of relocation).