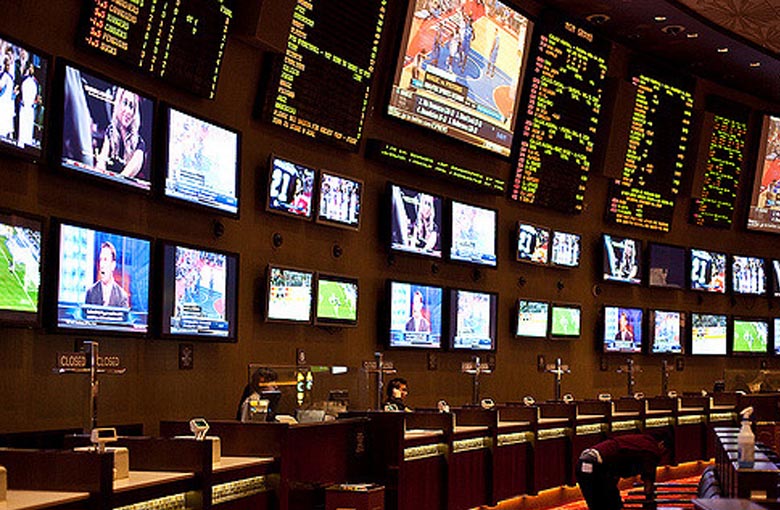 A few weeks ago before a packed courtroom in Philadelphia, lawyers and others hoping to see an expansion of sports wagering outside of Nevada witnessed legal heavyweights deftly answer (or attempt to dodge) a barrage of questions from the full complement of judges for the Third Circuit Court of Appeals in the case of NCAA, et al. v. Governor of the State of New Jersey, et al.[1]  The rare en banc hearing before the full court offered observers some insight into the complicated statutory and constitutional issues at play and also left many new questions unanswered.

What is an en banc hearing?

Normally, federal appeals courts decide cases with three-judge panels selected randomly from the active and senior judges of the circuit.[2]  After the three-judge panel has rendered a decision, the losing party may request the full court to reconsider the case, called an en banc hearing.[3]  All active judges in a circuit may participate in the en banc hearing, as well as any senior judge who participated in the panel issue being reconsidered.[4]  A majority of active judges must vote to reconsider a case en banc.[5]  That is exactly what happened in this matter.

How did we get here?

In 1992, a federal law known as the Professional and Amateur Sports Protection Act (“PASPA”) was signed into law by President George H. W. Bush that sought to prevent the spread of state-sponsored sports wagering by prohibiting states from putting their imprimatur on sports wagering.[6]  In 2011, with broad bipartisan support, New Jersey voters approved a constitutional referendum to permit state-regulated sports wagering at casinos and horse tracks in the state.[7]  In response, the four major sports leagues and the NCAA sued to enjoin the state, and the United States District Court for the District of New Jersey issued an injunction.[8]  A divided panel of the Third Circuit agreed, avoiding the constitutional question by permitting New Jersey to wholly or partially repeal its sports betting prohibitions.[9]  New Jersey’s petition for a writ of certiorari to the United States Supreme Court was denied.[10]

New Jersey, ostensibly following the Third Circuit’s decision in Christie I, partially repealed some of its prohibitions on sports betting at casinos and horse race tracks in the state.[11]  The District Court again enjoined the State from implementing the repealer law.[12]  Again, a divided panel of the Third Circuit affirmed.[13]  New Jersey petitioned the Third Circuit for a rehearing en banc, which was granted on October 14, 2015.[14]  The order granting rehearing en banc vacated the panel opinion in Christie II.

The en banc hearing presented a unique situation because not only were there two panel decisions at issue, there was also one judge, Judge Fuentes, who participated in both panels, writing the majority decision in Christie I, and then dissenting from the majority decision in Christie II.  Going into the hearing, it was expected that the arguments would focus on the seemingly irreconcilable decisions inChristie I and Christie II and whether New Jersey’s partial repeal constituted an “authorization by law” in violation of PASPA.[15]  To the surprise of many, the judges of the Third Circuit made it quite clear that all aspects of the case were “in play,” including the constitutionality of PASPA, an issue apparently settled by the court’s decision in Christie I.[16]  Joe Asher, CEO of William Hill US, a sports book operator that has partnered with Monmouth Park Racetrack in Oceanport, New Jersey, commented that the hearing was “fascinating to watch.  The atmosphere of the event, coupled with the intellectual intrigue, was hard to beat.  I’m looking forward to reading the opinions.”[17]

Apart from the constitutional issues back squarely before the court, the judges’ questioning focused on where to draw the line of when a partial repeal of a state’s sports wagering prohibitions would be permissible under PASPA and when such a partial repeal is merely a backdoor “authorization by law” that would violate PASPA.[18]  Judge Fuentes especially was concerned with the “authorization by law” language in the statute, saying that he was not able to find any case law defining the term and questioning Paul Clement as to how a law that has been removed from the books could constitute an affirmative authorization by law when there in fact is no law.[19]  Clement responded that the court should look at the laws that remain on the books and what is allowed after the repeal, and not the fact that there is no law on the books actually affirmatively authorizing sports wagering in these locations.[20]

Without an articulable limiting standard on where to draw the line on partial repeal, several members of the court openly opined that this might create a problem under the 10th Amendment’s anti-commandeering doctrine.  All sides agree that New Jersey could fully repeal all of its sports wagering prohibitions.  Ted Olson was asked why this choice does not fully resolve the constitutional issue, responding that Congress cannot force New Jersey to use its “own resources” and that putting such responsibility on the state “violates the 10th Amendment.”[21]  The problem with this line of questioning by the court is the court’s own decision in Christie I that sought to avoid the constitutional issues of PASPA by giving New Jersey the option of leaving all its prohibitions on the books, repealing them all, or partially repealing them.[22]  Olson concluded in rebuttal, nicely summarizing the issue confronted by the court:

New Jersey either can do what it did before, because PASPA preventing it from doing that in the 2012 statute stepped over the line of Constitutionality – and that would be great. But if New Jersey can’t do that, because PASPA won’t let them do that, but it will let them repeal any provisions of law using its discretion with respect to where, and under what circumstances, it chooses not to impose criminal penalties on a certain activity – that’s what New Jersey did in response to this Court’s first opinion [in 2013], and then PASPA is Constitutional.  And everybody says the statute should be and must be interpreted in a way that will avoid the Constitutional problems. That’s what you did the first time around. New Jersey accepted that, New Jersey has the right to do it, and then PASPA is Constitutional.

And everybody says the statute should be and must be interpreted in a way that will avoid the Constitutional problems. That’s what you did the first time around. New Jersey accepted that, New Jersey has the right to do it, and then PASPA is Constitutional.[23]

While the 10th Amendment/anti-commandeering issue was addressed several times at the hearing, some commentators have pointed out that another constitutional issue that had been raised and dismissed in Christie I is also back before the court.  That issue is the doctrine of equal state sovereignty, a line of argument rejected by the court in Christie I.  In the Supreme Court’s most recent case on the doctrine of equal state sovereignty, Justice Ginsburg, in dissent, argued that the majority’s approach in striking down a portion of the Voting Rights Act would undermine the constitutionality of other federal laws, specifically identifying PASPA as one such law that discriminates amongst states.[24]  Justice Ginsburg’s dissent was specifically mentioned and discussed by Olson and Judge Vanaskie at oral argument in Christie I.[25]  However, because this issue was not discussed at the en banc hearing, the court gave observers no clues on how it might re-address this issue.

What is clear following the hearing is that we will not know how the court will rule for several months, as it is expected that multiple opinions will be generated.  Will the court be able to articulate a line delineating when a partial repeal would not violate PASPA or will the court leave most states with the binary option of leaving bans on the books or fully repealing them, thus allowing unregulated sports betting?  A third option would be to strike down the law as unconstitutional, whether it be on 10th Amendment grounds or under the doctrine of equal state sovereignty.

Some commentators who attended the hearing expect a loss for New Jersey.[26]  No matter the decision of the Third Circuit, this case will not come to a close.  It is a near certainty that either party would appeal a loss to the Supreme Court.  New Jersey in the past has also expressed that it is open to fully repealing its sports wagering prohibitions, an option sometimes referred to as the “nuclear option,” which might force Congressional action.[27]  This may not be an action that any party wants.  The status quo of sports wagering in the United States is broken, and it is largely the fault of PASPA, which has only had the effect of vastly increasing unregulated sports wagering in 46 states and driving the activity underground.  It was estimated that Americans wagered approximately $4.2 billion on Super Bowl 50, and that 97% of those bets – or approximately $4.1 billion – was placed illegally.[28]  It is time to bring sports betting out of the shadows and it is clear that the momentum favors legalization, and regulation, by the states.  Bets anyone?

* Jordan Hollander is an associate in the Newark, New Jersey office of Genova Burns LLC, where he is a member of the Employment Law & Litigation and Casino & Gaming Law practice groups.  Mr. Hollander received his JD, summa cum laude, from Rutgers University School of Law-Camden in 2014.  He clerked for the Honorable Francis J. Vernoia, P.J. Cr., New Jersey Superior Court, Monmouth Vicinage for 2014-2015 term.  He is currently enrolled in the LLM in Gaming Law and Regulation program at the William S. Boyd School of Law, University of Nevada, Las Vegas.  He is admitted to practice in New Jersey and New York.  The views expressed in this article of those of the author alone and do not necessarily reflect those of Genova Burns LLC.

[3] One commentator has stated that it is extremely rare for the Third Circuit to grant en banc petitions and that it only happens in about 1 of every 1,000 cases.  See id.

[4] Id.  Senior Judges Marjorie O. Rendell and Maryanne Trump Barry both participated in the second panel decision in this matter and participated in the en banc hearing pursuant to 3d. Cir. I.O.P. 9.6.4.  In addition, three active judges, Chief Judge Theodore McKee, and Judges Michael Chagares and Patty Schwartz, recused themselves from the case and did not participate in the en banc hearing.  These three judges did not give a reason for their recusal.  See John Brennan, New Jersey Sports Betting Hearing Likely for Feb. 17, NorthJersey.Com (Oct. 16, 2015, 11:54 AM), http://blog.northjersey.com/meadowlandsmatters/12282/new-jersey-sports-betting-hearing-likely-for-feb-17/.  Judge Luis Felipe Restreppo was confirmed to the Third Circuit following the granting of the en banc petition.  Even though he was not on the court when either panel decision was decided or when the en banc petition was granted, Judge Restreppo was eligible to sit on the en banc panel. See John Brennan, 12th Man – er, Judge – Enters the NJ Sports Betting Case (Probably), NorthJersey.Com (Jan. 12, 2016, 8:03 PM), http://blog.northjersey.com/meadowlandsmatters/12734/12th-man-er-judge-enters-the-nj-sports-betting-case-probably/.  This increased the number of judges New Jersey needed to vote for their position from 6 to 7.

[5] See Third Circuit En Banc Procedure, supra, note 2.  Judges Rendell and Barry did not get to vote on whether to rehear the case en banc due to their senior status even though they sat on the panel.