After winning the 2017 BIG EAST Tournament Championship on Saturday, March 11 at Madison Square Garden, Villanova was named the #1 seed in the East Region and the overall #1 seed in the NCAA Tournament.

After defeating Mount St. Mary's in the First Round, Villanova will take on #8 Wisconsin on Saturday, March 18 at the KeyBank Center in Buffalo, NY. Additional details will be provided on this site as they become available. 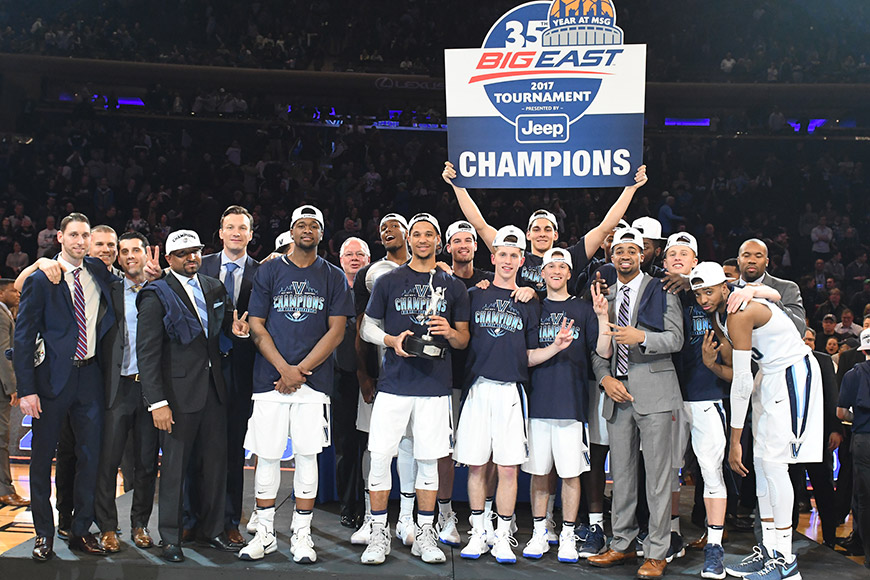 Be sure to stop by the University Shop at the Hyatt Regency Buffalo!