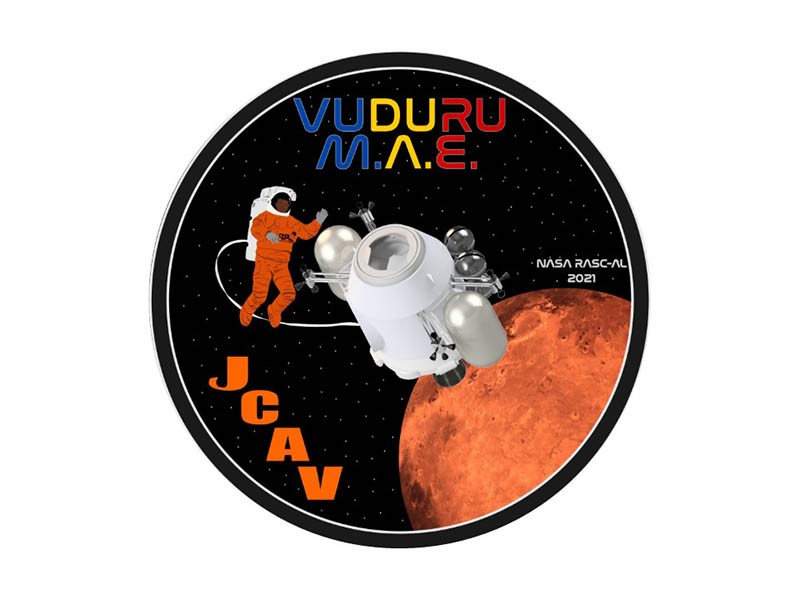 In its first year in the competition, a team of students from Villanova, Drexel and Rutgers universities has been named a finalist in NASA’s Revolutionary Aerospace Systems Concepts—Academic Linkage (RASC-AL) program. In June 2021, they will be among 16 teams of graduate and undergraduate students from across the country to present their deep space mission concepts directly to NASA and aerospace industry leaders. The RASC-AL Challenge seeks innovative ideas that will allow the expansion of human space exploration to include short-term stays and scientific operations at distant planetary bodies. Finalists were evaluated on originality and creativity in the areas of engineering and analysis, feasibility, and technical merit, including synergistic applications with NASA’s planned current investments, and alignment with one of the 2021 challenge’s five themes:

Led by Villanova Engineering graduate student Nicholas Florio ’20 EE, ’21 MSEE, the Villanova/Drexel/Rutgers team—aptly named VUDURU M.A.E. (Mars Ascent Expedition)—is comprised of 21 undergraduates from Villanova’s and Drexel’s AIAA (American Institute of Aeronautics and Astronautics) branches and the Space Technology Association of Rutgers (STAR). Responding to the Minimum Mars Ascent Vehicle theme in which the MMAV “serves as the ride up to orbit from Mars’ surface,” they developed the Jemison Crewed Ascent Vehicle, honoring the first African American female astronaut, Mae C. Jemison. Florio says, “Just as Mae has trail-blazed and inspired so many, our team hopes to do the same with our innovative, robust, minimal MAV design fully capable of advancing exploration of Mars.”

According to the official press release, for 20 years, the RASC-AL program has expanded professional space exploration engineering and design thinking into the university realm, bringing new ideas, research and design to the table to further NASA and industry progress toward Artemis and push the boundaries for human travel beyond the Moon into the farther reaches of space. Facilitated by the National Institute of Aerospace’s (NIA) Education & Outreach team, the RASC-AL Challenge happens annually. Student concepts deliver meaningful progress toward scientific and economic opportunities in the new era of human-robotic exploration, starting at the Moon’s South Pole, and expanding to Mars, and then potentially on to destinations such as Venus and Ceres.

“The 16 finalist teams have presented some very unique solutions with the potential to improve our ability to operate in space and on distant planetary bodies,” said Patrick Troutman, human exploration strategic assessments lead at NASA’s Langley Research Center in Hampton, Virginia. “These students bring new concepts to the table that our leaders are eager to see further developed over the next few months.”

Finalists receive a modest development stipend for work on their projects, which culminate in a 15-page technical paper, a 60-minute presentation and Q&A session with the judges, and a technical poster supporting their chosen RASC-AL theme and mission objectives. The top two teams receive a $6,000 stipend to participate in the 2021 ASCEND conference, scheduled for November 2021, where they will present condensed versions of their projects. Florio says, “We are very proud and determined to see this project through and hopefully land a top two spot at the forum!”