The worldwide economic effects of the Covid-19 pandemic 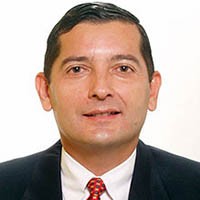 The whole world is at a standstill due to the Covid-19 pandemic and will remain in that state for the foreseeable future. The foundations of globalization have been put through a previously unthinkable stress test. The drivers of economic growth and business expansion—the United States, China and the European Union—have been hit the hardest as commodities markets and stock exchanges around the globe have plummeted delivering highly reduced levels of commerce and finance. As a result, at-large consumption has been curbed causing significant negative impact on just about every industry.

The world will undoubtedly come out of this crisis; not doing so would amount to the end of civilization as we know it. However, multiple questions arise because of this analysis. How will it stand in the aftermath? How long will it take until full recovery? Will there be winners and losers? What will be the ultimate outcome?

The U.S. will exert every weight of its economic might to prevent a domestic depression from developing and eventually spreading elsewhere. Lessons from the past have been learned, and the Federal Reserve System has already moved accordingly by reducing interest rates. Congress will likewise provide economic relief and stimulus packages. However, there are limitations as to what economic policy, as rightfully applied as they could be, could comprehensively achieve under the circumstances.

Containment of the pandemic forces an outright decrease in economic output as people are required to stay at home and subsequently limit their expenditures to basic needs, which in turn produces an inevitable increase in social costs, including higher unemployment rates. The rebuilding efforts will likely start in America and later span throughout the globe. Losses from the crisis are deemed incommensurate at this point given their breadth and magnitude. A full assessment, however, will likely target every social aspect of modern life and beyond. Recovery will be long, but not necessarily steady as a result of the several new challenges requiring close attention from political leaders. Healthcare issues will most likely be targeted at the beginning, but a position on national debt will not escape an appropriate debate either.

The scientific community will prove what mankind is capable of when faced by adversity and tragedy. Humanity is fighting along, but time will tell whether the planet could defeat its most important threat, the environment. A new world order depends largely on it.