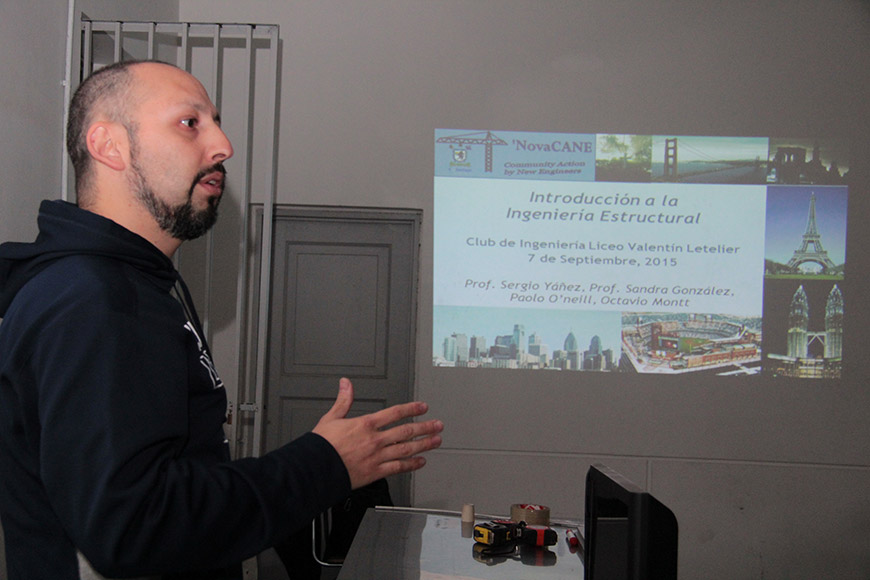 2015 Villanova PhD graduate Sergio Yañez has founded a NovaCANE chapter at the University of Santiago where he now teaches.

NovaCANE (Villanova Community Action by New Engineers), a STEM outreach program in Villanova’s College of Engineering, was founded by Civil and Environmental Engineering Professor and Chairman David Dinehart, PhD, in 2009. Its goal is to introduce students in grades six–eight to a variety of engineering disciplines, with Villanova engineering students serving as classroom leaders. What began at Saint Martin of Tours school in Philadelphia that first year has grown to include five different area schools reaching more than 200 middle-school age students. The program engages about 30 Villanova engineering students and faculty volunteers each year.

The host schools hold monthly after-school sessions where Villanova students and faculty present an age-appropriate engineering lesson and then lead a related activity. According to Dr. Dinehart, “Student participation is voluntary, but historically we see a high percentage of the class turn out for the sessions.” That willingness to take part in the program and get involved in engineering at a young age is evidence of the program’s success. For Dr. Dinehart, a highlight from NovaCANE’s history involved presenting a simultaneous session via Skype with Villa Maria Academy lower school in Immaculata, Pa. and its sister school, Villa Maria Academy in Chile. That 2011 experience foreshadowed the international NovaCANE connection that would follow four years later.

On September 7, 2015, NovaCANE Chile was born. Sergio Yañez, a 2015 Villanova PhD graduate and committed NovaCANE volunteer and former president, has successfully begun a NovaCANE program in his native country, where he now teaches at the University of Santiago (USACH). “It was in 2013 that I had the idea to bring the program back to Chile,” says Dr. Yañez. And, after receiving his degree in June 2015, he did just that.

This fall, with fellow USACH instructor Professor Sandra González and three engineering students, Dr. Yañez launched the program with a small, Santiago-area boys’ school. Fifteen students at Liceo Valentin Letelier participated in that first session, and by the end of September, an all-girls school, Colegio Filipense, had joined the program, adding 70 seventh and eighth grade students. Dr. Yañez seeks to involve more schools in the future in the hopes of reaching the highest number of students possible. In fact, he envisions NovaCANE Chile opening the doors for similar programs in other countries around the world. 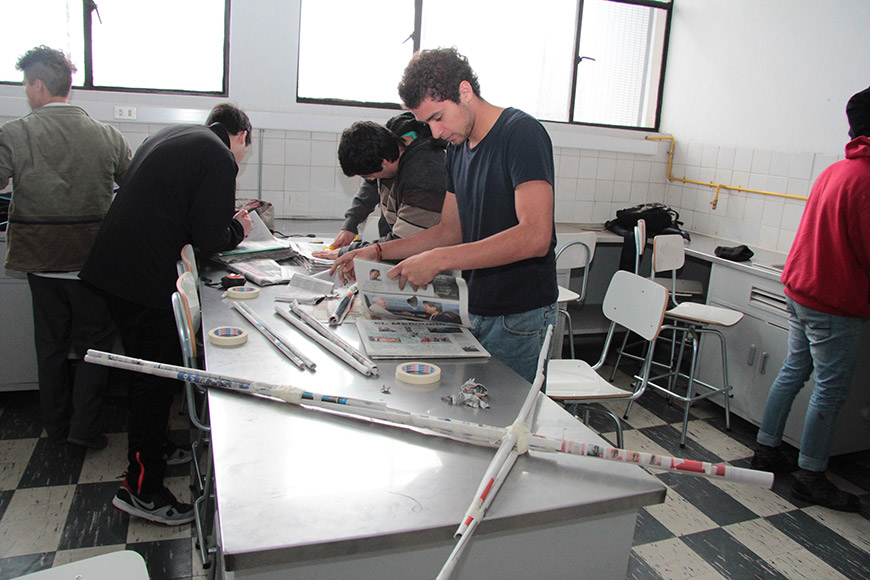 Young men from the all-boys school in Santiago were the first students introduced to NovaCANE Chile. 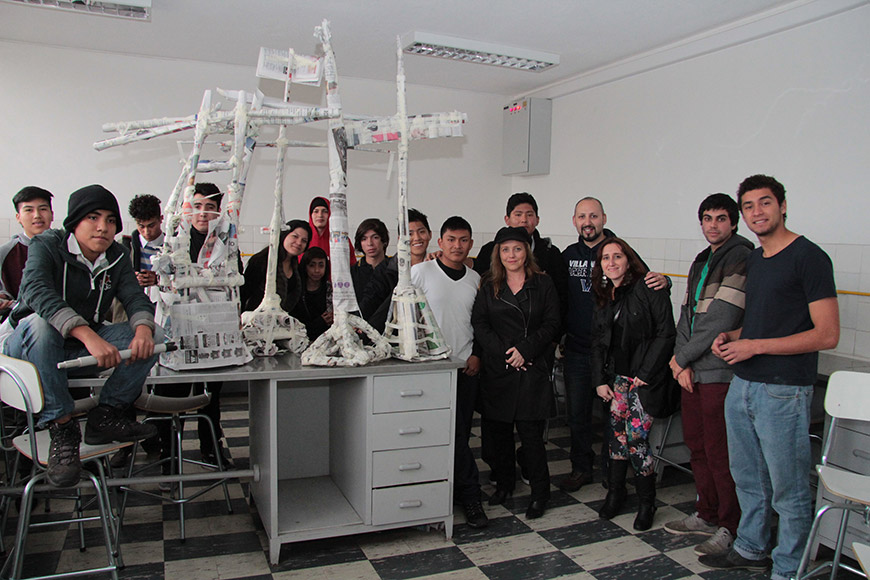