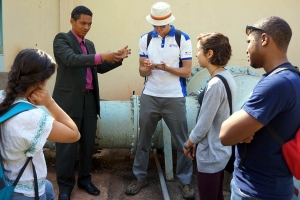 What better way is there to apply skills learned in the classroom than to use them to help people in need? Villanova Engineering Service Learning (VESL) is a program developed around that exact principle; it allows students an opportunity to gain real-world, hands-on experience in their fields, while benefitting those less fortunate. Among VESL’s many partners is Catholic Relief Services (CRS), which the University has worked with since 2005. Most recently this relationship has opened doors of opportunity in Madagascar. 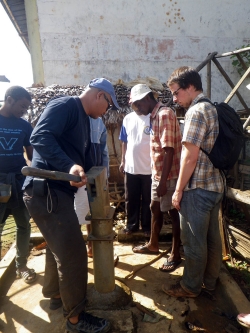 This past summer, five Villanova undergraduates— Sean Carney ’17 ME; Morgan Gruenewald ’16, Economics and Political Science; Stephanie Krakower ’18 CE; Tara Malanga ’16, French and Francophone Studies and Biology; and Kerby Souffrant ’16 ME—held eight-week internships with CRS Madagascar (CRS-MG). In addition, the College of Engineering awarded a fellowship to Sustainable Engineering graduate student Benjamin Bogardus to mentor and advise the students’ work on what is known as the “Fararano Project.” Fararano was created in September 2014 with a five-year, $38 million food security grant awarded to CRS, with a focus on maintaining the health of women and children and on raising household incomes.

Approximately 92 percent of people in Madagascar live in poverty. More than half of them do not have access to safe drinking-water supplies or sanitation facilities that meet basic hygiene standards. This is about as far from what Americans are used to as it gets, which is a major motivator for people who work with CRS. Villanova’s interns were there to help improve these conditions. As a group, they participated in the ground work of water sampling and testing, but each also had separate duties as well. Stephanie and Tara, who worked out of the port city of Tamatave (also known as Toamasina), the country’s second largest city, worked with the First 1000 Days food assistance program, which is a subset of the Fararano project that gives extra food rations and other assistance to mothers of young children. Sean and Kerby were stationed with VELO, one of CRS’ private/public water providing partners, to investigate ways to improve and expand the water supply infrastructure near Anivorano-Est, a more rural, inland area. Morgan was assigned to work with the CRS country office in Antananarivo to investigate the financial sustainability of water utility operators that are tasked with operation and maintenance of water infrastructure using a Public-Private Partnership model.

Life in Madagascar is clearly very different from here in the United States and the students encountered a number of challenges, including the language barrier and learning how to communicate without words. There were also great distances to be traveled. One day, Stephanie and Tara walked for two hours through the mountains to reach a small village. Stephanie notes: “The kids walk those two hours to school every day. We thought it was such a treacherous hike, but that’s just the way they get to the main road.” The reality of life in Madagascar led Bogardus to say, “What drives me is knowing that there are people that live like this; I don’t feel comfortable being here in the U.S. when I know what is being experienced there.” 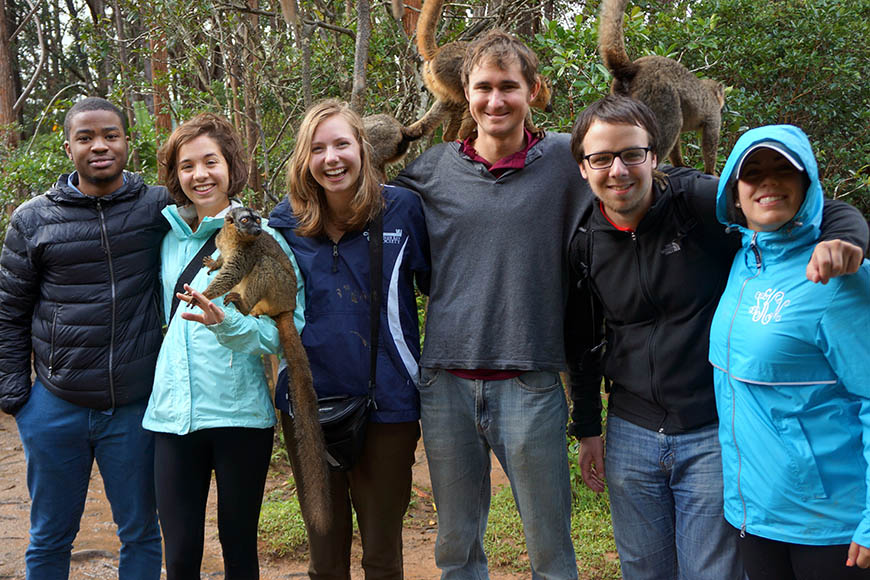 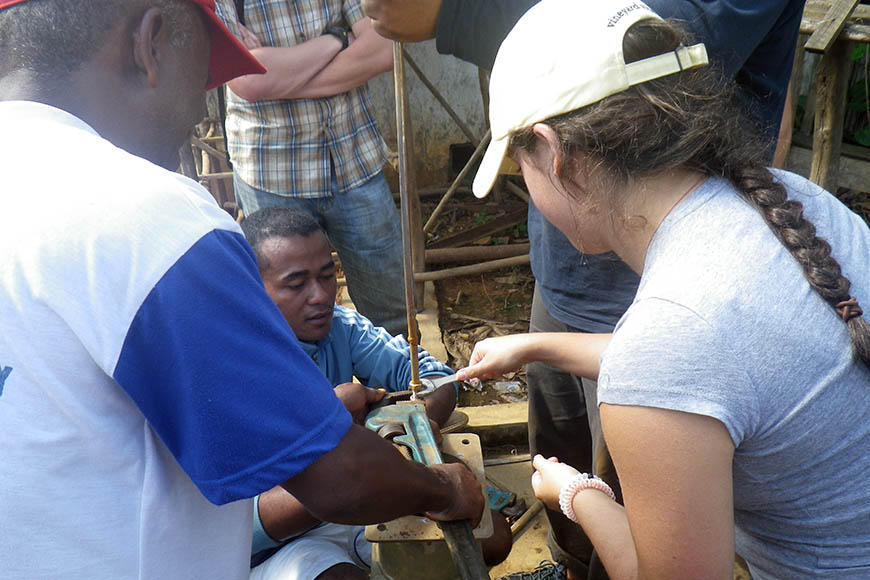 For Kerby, the biggest takeaway was the real-world experience and putting his engineering skills to use outside of the classroom. “Most people think that since you’re from the U.S. you can teach them something, but I learned a lot from the engineers on the ground there,” he says. A common misconception is to say that the students were there to help the local people, but in reality, they gained just as much from the experience as those they came to help. The students agreed that it was very eye-opening to see what the real world is like. “The fact of the matter is, the majority of people in the world—80 percent—live in low-income developing communities,” says VESL Director Jordan Ermilio. Ermilio has made multiple trips to Madagascar in conjunction with CRS, the most recent of which was in August 2015 when a team of Villanova faculty helped facilitate a sustainability workshop with water utility operators.

Villanova’s partnership with CRS-MG has led to more than just internships. This past year, two courses integrated the VESL-Madagascar project into their curriculum. These courses (Gravity Water Networks and Water Resources Engineering) used data and site surveys from live-case projects in Madagascar and worked with students to design solutions to some of the more challenging CRS projects. Elements of the water systems in Madagascar and other VESL sites have also been incorporated into the freshman engineering project course Engineering for Developing Communities. In the spring, students in the French and Francophone Studies internship course translated the engineering designs to French to make them ready for use in Madagascar. Finally, Global Social Entrepreneurship and Microfinance students designed a template for creating and assessing the business plans of private water supply companies that work with CRS-MG.

So, what’s next for this group of dedicated engineering students and faculty? This year, the VESL/CRS Madagascar initiative is continuing to investigate the sustainability of water supply infrastructure in developing communities. This effort is being implemented through the Master’s in Sustainable Engineering program via the CRS Fellowship for International Development. In addition, VESL has incorporated Mechanical Engineering senior design projects into the program and there are plans to create a humanitarian technology challenge where students can innovate around solutions to water scarcity problems, which affect almost half of the 22 million people living in the country.