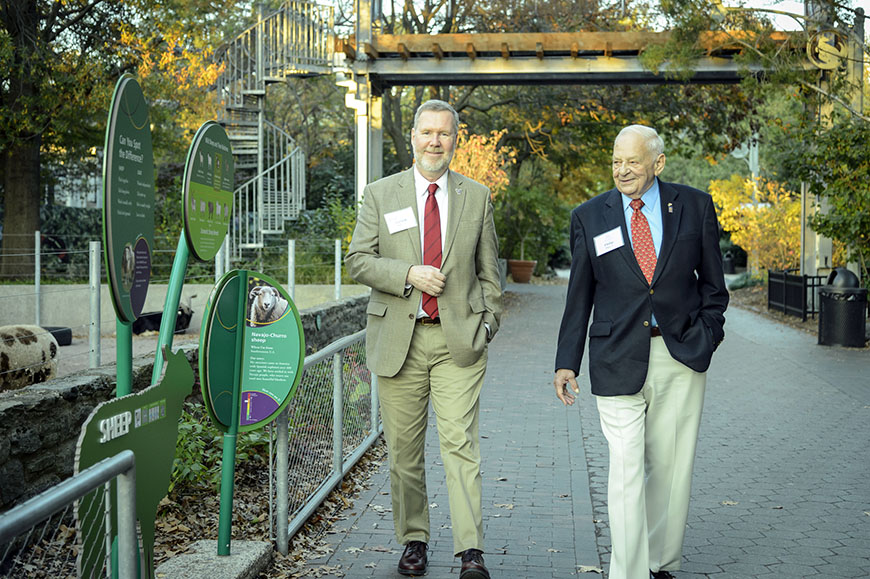 Villanova University’s G. F. “Jerry” Jones, PhD, Senior Associate Dean, Graduate Studies and Research, College of Engineering, and Professor of Mechanical Engineering, has been elected to serve as chairman of the Franklin Institute Committee on Science and the Arts. The principal responsibility of the two-year position is to lead the process for granting the annual Franklin and Bower Science Awards in the areas of Civil and Mechanical Engineering, Chemistry, Computer and Cognitive Science, Earth and Environmental Science, Electrical Engineering, Life Sciences and Physics. The all-volunteer committee consists of nearly 70 academic and industry leaders from the national science and engineering community.

Founded in 1824, along with The Franklin Institute in Philadelphia, The Franklin Institute Awards Program is the oldest and most comprehensive science and technology honor bestowed in the country and around the world. Winners are recognized for their formidable and ground-breaking contributions and its list of laureates reads as a who’s who from the past two centuries. Among its prize recipients are Albert Einstein, Rudolph Diesel, Marie and Pierre Curie, Thomas Edison, Jane Goodall, Orville Wright, Stephen Hawking, Jacques Cousteau and Dean Kamen.

Today, the Institute’s Awards Program is under the umbrella of the Benjamin Franklin Medals and includes the Bower Awards for Achievement in Science and Business Leadership. One of the most robust science prizes in the country, the Bower Award for Science carries a cash prize of $250,000.

Charged with evaluating thousands of nominations to “choose men and women whose achievements truly reflect the spirit, innovation, and inspiration of Franklin himself,” the Committee on Science and the Arts meets regularly throughout the year and has a reputation for diligence and integrity. As described on the Franklin Institute website, “Their work is at the heart of The Franklin Institute's mission to promote science and technology and provides a valuable service to the public and the scientific community.”

Dr. Jones has been a member of the Committee on Science and the Arts since 2006. His impressive biography includes several years as a project engineer at Mobil Oil, a PhD from the University of Pennsylvania, and a number of years on staff at Los Alamos National Laboratory in New Mexico. Dr. Jones has been with Villanova’s College of Engineering since 1987 when he joined the faculty in the Department of Mechanical Engineering. In his more than 25 years with the University, Dr. Jones has served as department chair and Associate Dean for Academic Affairs where he was responsible for the day-to-day running of the undergraduate engineering program. In 2012 he was named the College’s Senior Associate Dean for Graduate Studies and Research.

Among Dr. Jones’s current research interests are heat transfer in composite materials, high-performance heat exchangers for electronics cooling, and thermal management of power production and dissipation systems. His most recent work has focused on optimization of multi-scale thermal structures using Constructal theory and closed-form modeling, and optimization of flow networks. In addition to more than 85 archival journal and conference proceedings publications, Dr. Jones is the author of Gravity-Driven Water Flow in Networks: Theory and Design (Wiley, 2010).