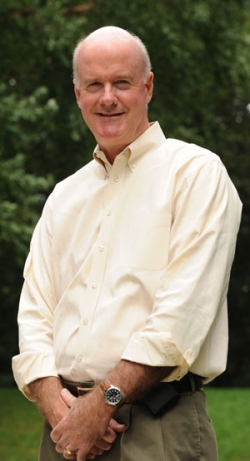 The College of Engineering is pleased to announce that on February 21, 2014, alumnus John Stranix ’78 CE will address the Villanova community as the 2014 Patrick J. Cunningham Jr. and Susan Ward ’80 Endowed Lecture Series speaker. As the founder and president of Stranix Associates, LLC, a highly regarded large-scale project management and owner representation firm on the East Coast, Stranix will speak to “Building a Field of Dreams: Project Management as a Key to Success.” For the past 14 years, Stranix has left his imprint on some of the region’s largest and most visible landmarks, including Citizens Bank Park in Philadelphia.

Before launching his own firm, Stranix served as president and chief operating officer of D.C. Arena Limited Partnership where he was responsible for development, design, construction and operation of the Verizon Center, a $300 million, 20,000 seat sports arena for the Washington Wizards (NBA) and Capitals (NHL). He also managed project funding and budgets, as well as regulatory issues and community relations. For a decade prior, Stranix worked for the George Hyman Construction Company on projects including office buildings, hotels, subway stations, rail stations, convention centers and sports facilities. There, he performed all activities within the organization including preconstruction, estimating, purchasing, project management and business development.

During his Ward Lecture presentation, Stranix will share his career milestones as well as the firm’s project history. He will speak to the role of project management in the project life cycle, and will use case studies, including Citizens Bank Park, Verizon Center Arena, and the United States Institute of Peace, to demonstrate how project management determines project and team success.

The Ward Lecture is presented on Friday, Feb. 21 from 2:30 p.m. – 4:00 p.m. in the Villanova Room, Connelly Center. There will be time for Q & A. Those who are unable to attend may view via live stream or access an archived recording after the event.