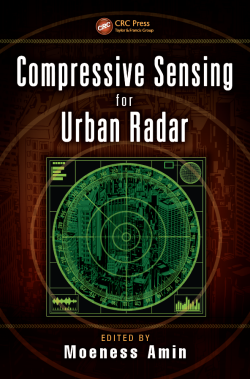 Moeness Amin, PhD, director of Villanova University’s Center for Advanced Communications, has edited his second book on radar imaging. Published in August 2014 by CRC Press, Compressive Sensing for Urban Radar includes 13 chapters written by leading researchers and experts in the field. With contributors representing 12 different universities in the United States and abroad, the book captures the latest and most important advances in performing accurate radar imaging using compressed data and significantly reduced measurements. Covering both ground-based and airborne synthetic aperture radar, the text demonstrates successful applications of compressive sensing for imaging targets and building interiors. As such, it deals with both stationary and moving indoor targets in the presence of wall clutter and multipath. Compressive Sensing for Urban Radar features numerous supporting examples using real data and computational electromagnetic modeling.