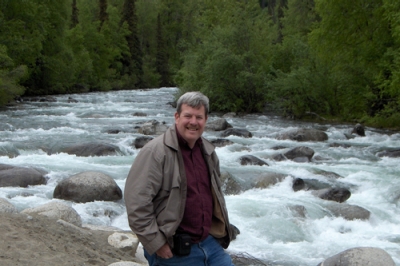 This spring, the Philadelphia area set a new record for rainfall with more than 10 inches soaking the region in June. While this wet weather causes most people to grumble, there is a group on Villanova University’s campus who take advantage of it — namely the faculty members of the Villanova Urban Stormwater Partnership (VUSP). Led by Robert Traver, PhD, P.E., DWRE, ’82 MASCE, Professor of Civil and Environmental Engineering, VUSP is a focus area within the Villanova Center for the Advancement of Sustainable Engineering (VCASE), which Dr. Traver also directs. Recognized nationally as a stormwater management expert, Dr. Traver’s academic and industry leadership positions and the nation’s severe storms in recent years have made him a very busy man.

Since 2011, Dr. Traver and fellow VCASE faculty have been involved with “Green City: Clean Waters,” the City of Philadelphia’s program for combined sewer overflow control. Given the challenges of its 19th century sewer system, the Philadelphia Water Department — a VUSP partner — is collaborating with Villanova to advance current green stormwater infrastructure-based approaches. Civil and Environmental Engineering Professor Andrea Welker, PhD, P.E.  and Dr. Traver have received a grant from the William Penn Foundation to conduct research on supporting green infrastructure in the Southeastern Pennsylvania region. Through its Growing Greener program, the Pennsylvania Department of Environmental Protection (PaDEP) is providing three-year funding through 2014 for a related VCASE study titled “Prediction of Evapotranspiration from Vegetated Stormwater Control Measure.” Associate Professor of Civil and Environmental Engineering, Bridget Wadzuk, PhD, ‘05 CE is lead on this project with Drs. Welker and Traver.

In February 2013, the Villanova Urban Stormwater Partnership received two grants from the EPA to continue current water resource projects and research on the University’s campus. The Growing Greener program — which Villanova has been involved with for ten years — awarded Villanova $126,745 for its research on “Rain Garden Configuration to Maximize Hydrologic Performance,” led by Drs. Traver and Welker. Along with graduate students, the faculty are comparing the performance of several campus rain gardens.

The second grant was awarded by the EPA’s Section 319 Nonpoint Source Management Program, which was created through the Federal Clean Water Act to help reduce water pollution. $178,000 in funding will support the campus’s Stormwater Research and Demonstration Park. Created for research and public education, this “Best Management Practice National Monitoring Site” links government, educators and practitioners. As an environmental engineer, Assistant Professor John Komlos, PhD, is a key component of this project. Villanova is the only university in the state to receive funding through the 319 Program for the period of October 2013-September 2015. Overall, these projects fund seven graduate students.

In October 2013, Villanova’s College of Engineering will host its second statewide Stormwater Symposium. Expected to attract between 200-300 engineers, scientists and conservationists, the event will begin with a day-long workshop for municipal officials, followed by two days of lectures and presentations by industry experts.

Such symposia are familiar territory for Dr. Traver whose calendar over the past few years has included many industry and government conferences as well as high-level committee meetings. After Hurricane Katrina, Dr. Traver worked with the Army Corps of Engineers in New Orleans and was called to present his findings before U.S. House committees. He also served on the American Society of Civil Engineers (ASCE) External Review Panel on Katrina. Two years ago, the ASCE asked Dr. Traver to chair the newly formed Task Committee on Flood Safety Policies and Practices, which set about determining “whether the lessons learned from Katrina have found reflection in the planning, design, construction, and management of water resources projects in the United States.”

In April 2013, the task committee convened a national ASCE summit, which brought together about 70 leaders, experts and policy makers in flood safety and management at the federal, state and local levels to discuss the group’s findings and recommendations. Dr. Traver reports, “There have been hundreds of studies done on the lessons learned from Hurricane Katrina and in many cases nothing has really been implemented.” He adds, “We can’t defend against everything — and Hurricane Sandy is a great example — but what we can’t defend we have to take a look at in terms of resilience and recovery.” The committee is in the process of developing strategies and resources to shape public policy and advance the state of practice of flood safety. One outcome expected later this summer will be a white paper presenting the findings of the summit.

April was a busy month for Dr. Traver. In addition to the ASCE summit, the six month anniversary of Hurricane Sandy and the impending start of beach season prompted in requests from the news media for his expertise. Wall Street Journal radio and CBS Philadelphia/KYW 1060 were among the outlets that interviewed Dr. Traver on the topic of storm recovery.

In fitting tribute to his years of achievements, this past fall Dr. Traver was named president of the American Academy of Water Resources Engineers (AAWRE). In May he was elected a Fellow of the Environmental & Water Resources Institute, a specialty institute of the American Society of Civil Engineers. Most recently, Dr. Traver was recognized by the industry publication Stormwater: The Journal for Surface Water Quality Professionals, which featured his profile in its July-August 2013 edition.

To learn more about Dr. Traver and members of the stormwater team, as well as current VCASE and VUSP grants and research, visit the Villanova College of Engineering website at www.villanova.edu/engineering.