Alumna Applies Problem-Solving and Lessons in Leadership to Financial Investing 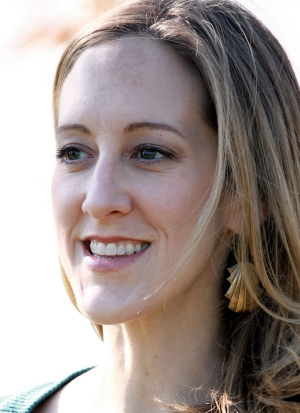 “How can I help? How can I be of service?” The answers to those questions guided JoAnn Garbin ’98 ME throughout her life. “That’s why I majored in Mechanical Engineering—to learn how to solve problems, to be of service.” She credits this focus as the underpinning of her success. But despite that success, or perhaps because of it, earlier this year Garbin decided to take a break and reset. The result: “a shift in focus from how to be successful back to how to be of service” and new insight into leadership.

“Having an opportunity to step back and slow down has been enlightening,” Garbin says. “With time to reflect, I’ve found myself thinking increasingly about the effects of leadership. More specifically, how myopic leadership causes products and companies to fail, employees to quit and progress to stall.” Being a problem solver, Garbin wondered how she could help, and one idea in particular has stuck with her.

She explains, “Six years ago I found myself in a new financial position. I had spent the previous 12 years creating environmental, social and governance (ESG) programs and tools for large corporations. Along the way, the success of one of those tools led to our company being acquired, which provided me with a nice little nest egg.” For the first time, Garbin was able to invest outside of a retirement plan. Her interest was in funds that invested in companies that practiced what she had been preaching, namely responsibility. She found, however, “It was hard to figure out what I already owned, let alone if it aligned with my values and if there were better options.”

Fortunately, Garbin had the skills and professional network needed to overcome these obstacles. In 2013, her company, KnowE, prototyped software that showed investors what they owned, allowed them to define responsibility, and then found the mutual funds, exchange traded funds and other investment products that best aligned with that definition while preserving or improving risk and return. “The goal,” she says, was to “turn the tool into a platform that could, among other things, connect and empower millions of investors and leverage combined assets to drive demand for more responsible investment products and, by proxy, more responsible business practices: a virtuous circle.”

Garbin ties this back to leadership. “The inherent goodness of improved ESG performance has never been in question, but its value to a business has. There are now dozens of independent, decades-long studies that show that companies that perform well in ESG metrics also perform better financially with less risk.” Responsible companies more easily attract and retain top talent, see increased productivity and innovation, and build customer, partner and supplier loyalty. Garbin notes that these are all indicators of superior leadership.

Unfortunately, in 2013, the timing wasn’t right for Garbin’s tool and doubts about its marketability meant she was unable to secure funding to continue its development. “Today looks different,” she says. Money manager assets under management incorporating ESG criteria grew almost six-fold between 2012 and 2016. Multiple large financial institutions and venture capitalists have launched hundred-million and billion-dollar impact-investing funds. And financial leaders like Larry Fink, the CEO of BlackRock, are directly calling for corporate responsibility, requesting that every company they invest with show how it makes a positive contribution to society.

These signals along with her renewed focus on service, Garbin says, are driving her to revive the platform she’s now calling OwnIt. “Since pairing people and technology to solve big problems is what I do best, it is becoming clearer by the day that this is how I can best be of service.”