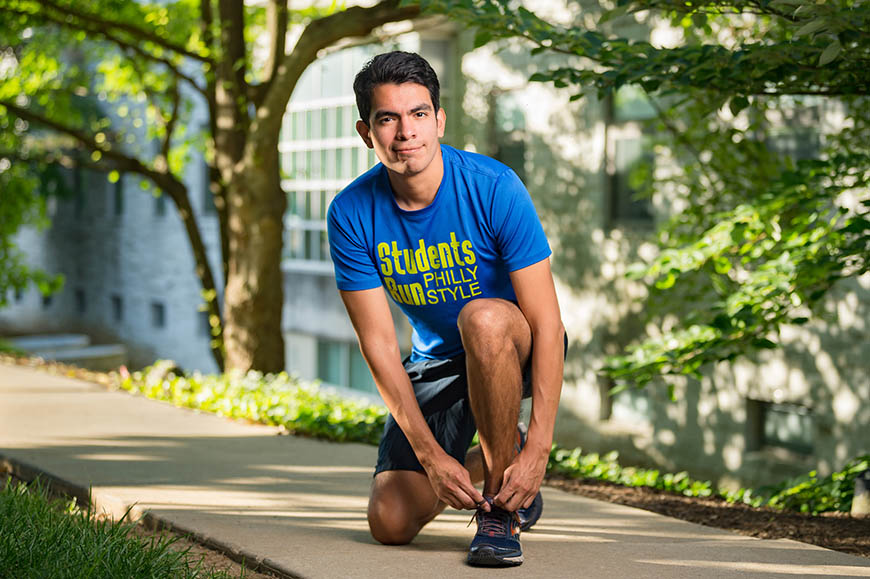 When asked why he felt compelled to serve, Gaitan explains, “My parents came to the United States as undocumented immigrants from Nicaragua. America was the ‘land of opportunity’ and that’s exactly what it provided for me. I felt a responsibility to give back to the country that was so good to us.”

Turning point: It was during his time overseas that Gaitan had an epiphany that prompted his return to his hometown. “In 2013, Rolling Stone wrote a scathing piece about Camden, and I was very angry. I questioned why I was thousands of miles away trying to solve another country’s problems, when there were countless problems at home that I could contribute solutions to.”

An opportunity to make change: “Coming from humble beginnings, I didn’t know much of the world outside my neighborhood,” he says. “I want these kids in Camden to be more aware of their options than I was.” “I Run This City,” which he modeled after “Students Run Philly Style,” allows him to spend time with those from a background similar to his own and to mentor them. “It serves as a physical and social outlet for them, and I’m kind of a big brother they can talk to—in Spanish, if need be—about school, family and social issues.” ”

Engineering connections: “As a civil engineer, I’m not just building a bridge or a highway. Our work can literally connect—or disconnect—individuals and communities and we need to be more conscientious of the impact we can have.”

Public platform: While he plans to continue his successful engineering career, Gaitan can see himself having an even greater impact on Camden by serving in public office, where he says there are not enough STEM-minded people. To that end, he’s making a run for city council in June 2019.

Words of wisdom: “Never forget where you came from and always let it guide where you’re going.”