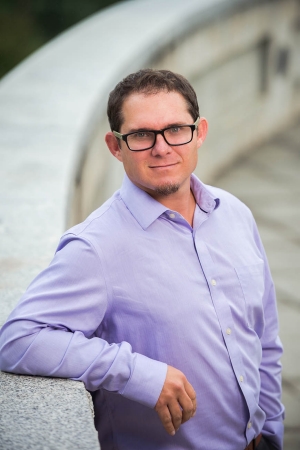 Who: Director, Center for Humanitarian Engineering and International Development

The beginning: The summer following his junior year at Villanova, Ermilio sold his car and bought a one-way ticket to Kuala Lumpur, Malaysia. He spent the next two months backpacking through Southeast Asia and connecting with people living in remote areas. Seeing their level of poverty inspired Ermilio to reflect on which path to take following graduation. “I knew I didn’t want a traditional career,” he says, “The Augustinian values I learned as a Villanova student motivated me to seek a deeper sense of purpose in life.”

The Philippines: For Ermilio, that sense of purpose was found in the Peace Corps where he spent the next three years in the Philippines working on renewable energy and water sanitation projects. Stationed in the province of Ifuago, he developed lifelong connections with the community and, through the local Peace Corps office, met his wife. He was even adopted as the first foreign member of the Tuwali ethnic group.

East Timor: Ermilio left the Peace Corps to work with Oxfam International on a post-conflict reconstruction project in East Timor at a time when the country was struggling to establish its independence from Indonesia. Tasked with managing a field office of local staff to rebuild schools, and improve water and sanitation services in a remote district, he dealt with the challenges of sustainability in international development.

Return to Villanova: After earning his graduate degree in 2006, Ermilio was invited back to the College as an adjunct for the Mechanical Engineering senior design course, into which he began incorporating international service learning projects.

In 2011, the College officially launched the Villanova Engineering Serving Learning program (VESL), and Ermilio was named director. What started out as two service learning projects with a dozen undergraduates has grown to hundreds of engineering students—from freshmen to PhDs—engaged with international partners in a variety of projects aimed at improving the quality of life for people in developing communities.

In 2020, the College established the Center for Humanitarian Engineering and International Development and named Dr. Ermilio as director.

VESL: What started out as two service learning projects with a dozen undergraduates has grown to hundreds of engineering students—from freshmen to PhDs—engaged in a variety of projects aimed at improving the quality of life for people in developing communities. Today, VESL works with 10 organizations in eight countries.

Motivation: Relationships. "Working with people is what motivates me. When you’re engaged on a project, the relationship changes from, ‘Let’s get to know each other,’ to ‘Let’s solve a problem together,’ and you become like family.”

Words of wisdom: "If you want to have an impact, you have to immerse yourself in the problem by being humble and listening to others. You have to be willing to be changed in the process.”