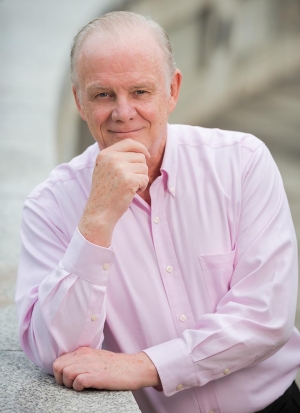 From setting up lemonade stands with his sister to taking home appliances apart and successfully putting them back together, Ed Dougherty ’69 EE, ’86 MSCS discovered his love for exploring new ventures at an early age.  By the time he became a Villanova Engineering student, his curiosity had grown even stronger. Inspired by the ever-changing landscape of technology, Dougherty decided to pursue a career uncovering new technological solutions for everyday problems. We interviewed him about his fascinating career.

Tell us about your early career: I worked for the Ford Motor Company, which at the time had a government services group. I helped design an optical character recognition system for reading envelopes for the U.S. Postal Service. Two years later, I joined the Franklin Institute Research Laboratories, which included contract work for federal programs and corporate clients. I designed flight simulators for NASA, car simulators for Mercedes Benz, and one of the first real-time, portable chemical detection systems for sniffing out bomb-making facilities, human presence and drugs. One project I’m particularly proud of benefited the National Oceanic and Atmospheric Administration’s wildlife research. I designed technology that tracked California gray whales via satellite and recorded water temperatures and depths to understand their migratory habits. I was told that my technology collected “more data on whales than in the total of humankind’s history.”

When did you start your own company? When FIRL was sold in the early 1980s, I decided the time was right to start my own company. Together with classmate George Simmons ’87 MSCS—who now is the College’s Multidisciplinary Lab director—we launched August Design, a name inspired by St. Augustine with a mission of serving the greater good. We wanted to be a boutique design firm working on projects that would benefit society and that we found fun and technically challenging.

When did you get your big break? After years of working on government projects, August Design established a strong reputation that led to a call from CSX, a national railroad freight company. They were seeking an alternative to manually unloading cargo from multiple cars at each stop, so our team developed programming  using artificial intelligence to efficiently and cost effectively organize the train’s freight. CSX invited me to Hong Kong to develop software to address related challenges and our solutions saved the company millions of dollars.

What’s your most recognized work? Probably the design of Garrett Brown’s award-winning invention Skycam, which is a computer-controlled, stabilized, cable-suspended camera system used by ESPN, ABC and the NFL. As a result of its success, we built Wavecam, a smaller aerial robotic camera system intended for indoor use.  It is used by a number of universities, including Villanova.

What product are you most proud of? We created an award-winning, child-safety-focused smoke detector, which enables parents to create a custom-voice recording providing children with detailed instructions for what to do in the event of a fire. The product was sold nationwide.

How did you end up back at Villanova? After selling August Design in 2001, I reached out to Villanova and asked how I could share my passion for creativity and innovation with students. A conversation with leadership led to the College incorporating entrepreneurial material into coursework, first through senior design projects and then through a collaboration with the Villanova School of Business. In 2007, Villanova received funding to develop an Engineering Entrepreneurship program, which I’ve led since its inception. Since then, the College has developed a minor and graduate certificate, and has embedded entrepreneurial minded learning in more than 30 engineering courses.

Any parting thoughts? I never want to stop learning; it’s my hobby. Honestly, I can’t believe I get paid to have fun doing what I love!