A Pioneer in AWD for Motorcycles and Mountain Bikes: Villanova Engineering Alumnus Steve Christini ’95 ME 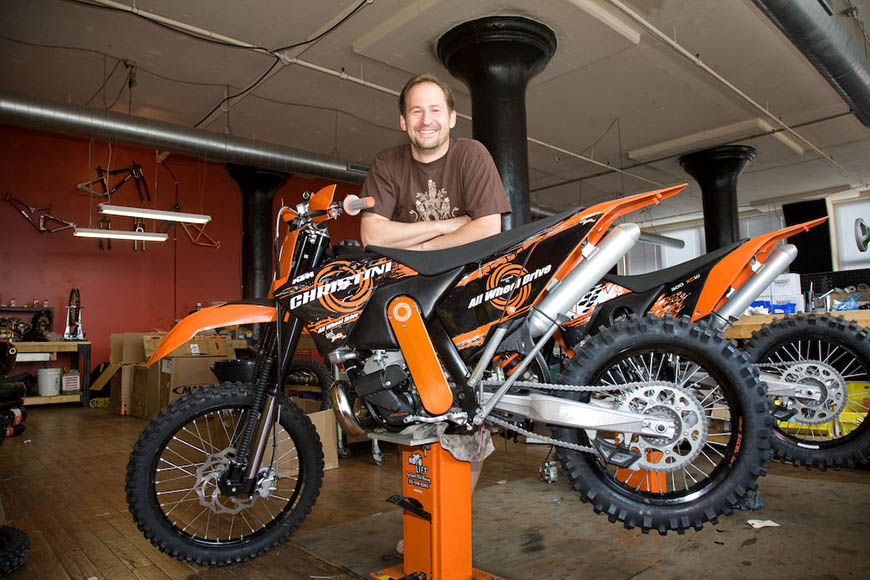 Who: Alumnus Steve Christini ’95 ME, president and CEO of Christini Technologies, Inc., a Philadelphia-based company which manufactures a range of All-Wheel Drive (AWD) bicycles and motorcycles

The Bikes: Christini’s dream began as an undergraduate at Villanova when, for his senior capstone design project, he and his team created a two-wheel-drive system for a bicycle that would give riders much better control and climbing abilities on slippery terrain. At the College’s year-end competition, their project earned top honors, and the judges advised Christini to apply for a patent.

Giving Back: Christini has given back to his alma mater in numerous ways. His company has partnered with the College of Engineering on two senior design projects involving mechanical engineering students, and he donated one of his new electric AWD Fat Bikes (FAT-E 4 750W Mid) to Villanova’s Department of Public Safety.