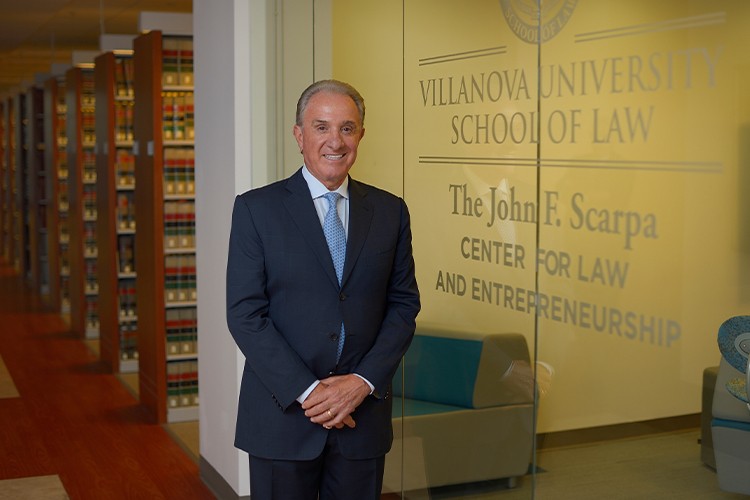 Mr. Scarpa was an entrepreneur in the cable television and cellular telephone communications industries. He was co-founder, president and COO of American Cellular Network Corporation (NASDAQ), licensed to operate cellular telephone systems in the northeastern United States. As co-founder of Unitel Wireless Communication Systems, Mr. Scarpa also developed and operated cellular telephone systems throughout the United States and was one of the original members of the nationwide Cellular One Network. While in the cable television business, he was instrumental in establishing the New Jersey and the Northeast Cable TV Associations.

Through the John F. Scarpa Foundation, he supports education, healthcare, and disadvantaged families. He is the principal benefactor for the Frank and Edith Scarpa Regional Cancer Center at Inspira Medical Center Vineland (New Jersey) and the Edith Favretto Scarpa Arts and Sciences Building at Saint Augustine Preparatory School in Richland, New Jersey.

Mr. Scarpa serves on the Board of Directors of the Town of Palm Beach United Way, The Civic Association of Palm Beach and is the President of the Palm Beach Police Foundation. He is a board member of NECO (National Ethnic Coalition Organization NYC).

He has received the Community Foundation of South Jersey Legacy of Giving Award (2018), Ellis Island Medal of Honor (2010); the National Italian American Foundation Special Award for Entrepreneurial Spirit (2008); he was the recipient of the Alexis de Tocqueville National Award and is a $1 million donor. In December 2016, the John F. Scarpa Technical Institute of Cumberland County (New Jersey) was dedicated in his name.

On October of 2017, John was awarded the 2017 Cape May County Distinguished Citizen Award from the Garden State Council Boy Scouts of America. Recently, John and his wife, Jana, accepted the Distinguished Citizen Award at the 29th Annual Tocqueville Society Dinner hosted by the town of Palm Beach United Way. The award recognizes unparalleled leadership in philanthropy.