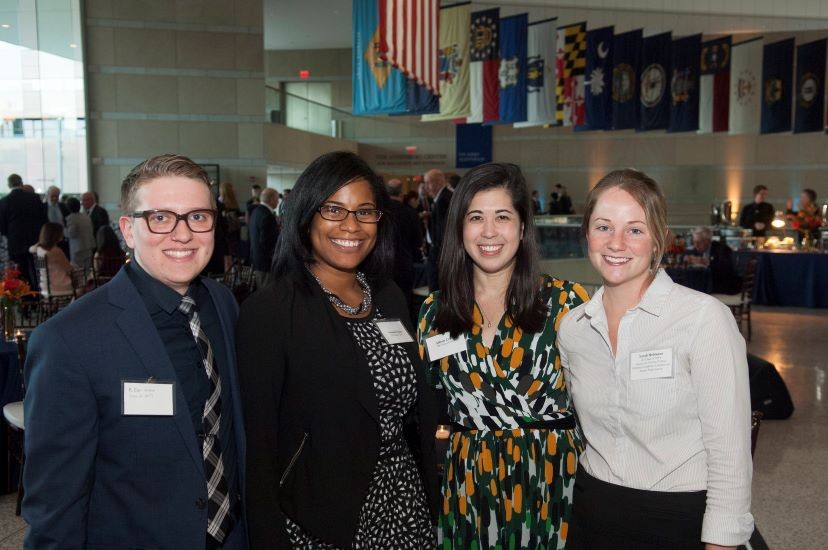 For the latest news and events from Villanova Law, check that you are receiving our quarterly LegalBriefs e-newsletter. If you are unsure or want to be added, please contact the Office of Alumni Relations at 610-519-7054 or alumni@law.villanova.edu.

BOARD OF ADVISERS NOMINATION

Nomination Information
The Villanova Law Alumni Association seeks candidates every year to serve on its Board of Advisors. Self-nominations are encouraged.

Leadership Responsibilities
The Board of Advisors meets four times per year, and attendance at these meetings is critical. Advisors are also assigned to serve on at least one committee, chaired by an officer, and to lend their professional expertise as needed. Officers serve one-year terms, and Advisors serve three-year terms. All leaders should be active members of the Association, not only in governance and planning activities, but also in the events and programs sponsored by the Law School and the Association. All leaders should also seek opportunities to publicize their role in the Association, and help to promote Law School and Association activities and programs to their fellow alumni and other appropriate members of the legal and general community.

Leaders are also encouraged to interact with administrators, faculty, staff, students and alumni to increase their knowledge of the Association and to advocate for current and future needs and goals.

Board of Advisors Nominations
Every year the Association’s Nominating Committee appoints six members to the Board of Advisors to serve three-year terms commencing in the year following their appointment. To nominate yourself or another alumnus/a, please send a letter of interest and resume to alumni@law.villanova.edu. Please note that the Committee seeks those who have supported alumni involvement through the Association or elsewhere in the Law School, regularly participates in the annual giving program and supports the Alumni Association's mission. The Committee also matches identified needs of the Board with the skills of prospective candidates and strives to create a body that represents the diversity of the Association’s membership.

Officer Nominations
Every year Association members are elected by the Board of Advisors to hold the offices of president-elect, first vice president and second vice president, and serve a one-year term commencing in the year following their appointment.

To nominate yourself or another alumnus/a, please send a letter of interest and resume alumni@law.villanova.edu.

Make a Gift
Update Your Information

Join the Nova Network, Villanova's official social and professional network, to find Villanovans in your industry and local area, discuss career-related topics and access resources for your professional development.