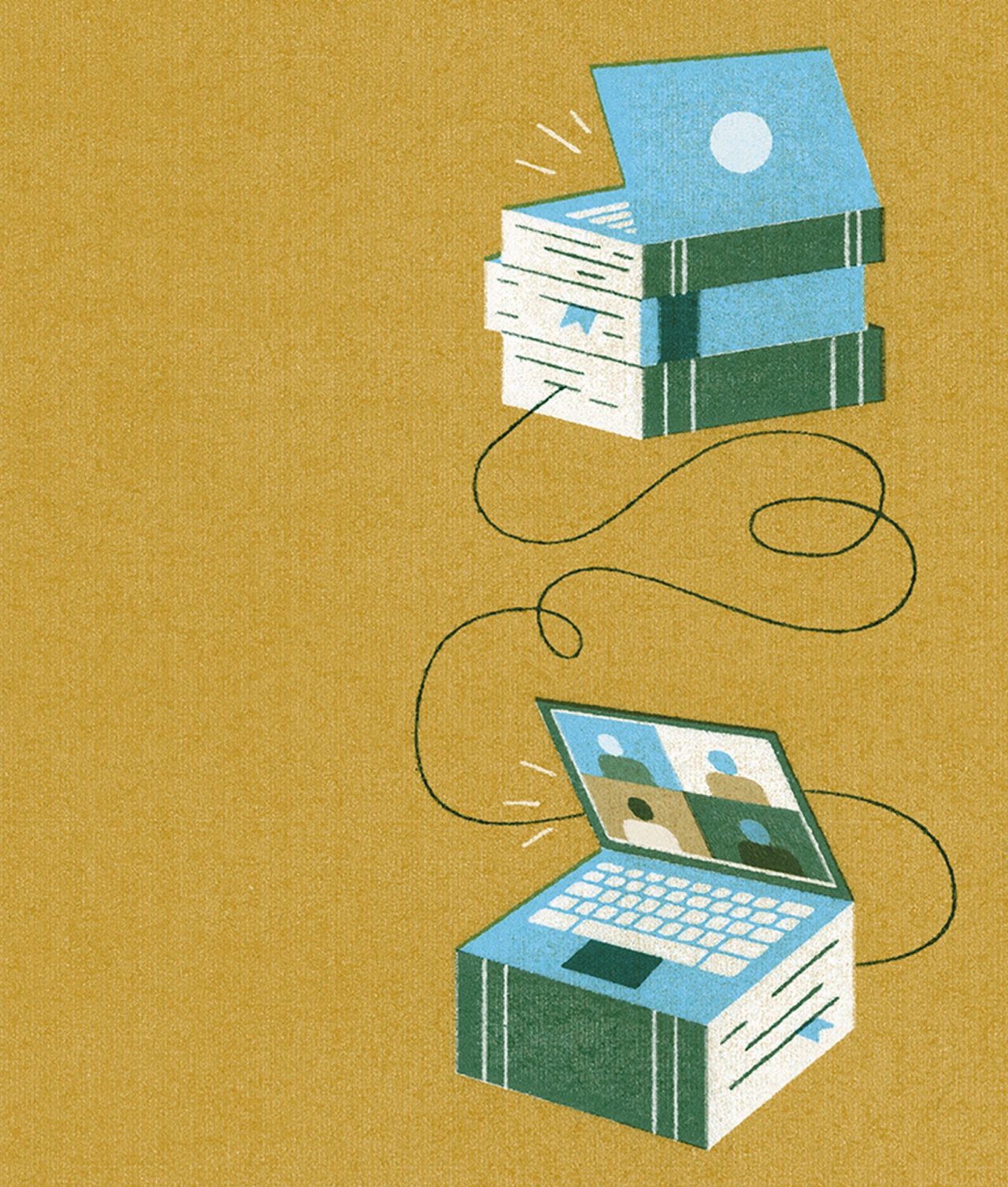 Putting a 21st-century spin on the study of one of the 20th century’s most important eras, Jennifer Joyce, PhD, ’99 CLAS, ’02 MA has tapped into Zoom and Netflix to enhance her Narratives of Northern Ireland course.

Dr. Joyce, associate director of the Center for Irish Studies and associate teaching professor in English and the Augustine & Culture Seminar Program, originally designed the course in 2018 for graduate Liberal Arts students and first adapted it for English undergraduates in 2020. She’s excited to offer the class again this fall with some new additions to the curriculum, including Kenneth Branagh’s 2021 film Belfast.

“When you can step inside the texts but also draw from perspectives outside of them, it shows a fuller picture.”

Each week, the students read the works of contemporary authors such as Seamus Heaney, Owen McCafferty, Sinéad Gleeson and Glenn Patterson—and were joined by some of them directly from Belfast via Zoom to hear firsthand about how those turbulent years influenced their art and writing.

“It added a whole other dimension to the course,” says Dr. Joyce, who received the Christian R. and Mary F. Lindback Award for Outstanding Teaching at Villanova in 2020. “When you can step inside the texts but also draw from perspectives outside of them, it shows a fuller picture.”

To broaden that perspective further, students also had some assigned streaming each week—watching select episodes of Derry Girls on Netflix. Written by Derry native Lisa McGee, the coming-of-age comedy follows a group of friends in Northern Ireland in the 1990s as they encounter typical high-school experiences like crushes and class trips against the backdrop of sectarian violence.

While its effects are still felt deeply today, the violence in Northern Ireland largely died down with the signing of the Good Friday Agreement in 1998. According to Dr. Joyce, students saw the course as a contemporary case study of a country in conflict—one that found a largely successful resolution.

On the Road to Safety