Living life to the fullest: the making of an oncology nurse 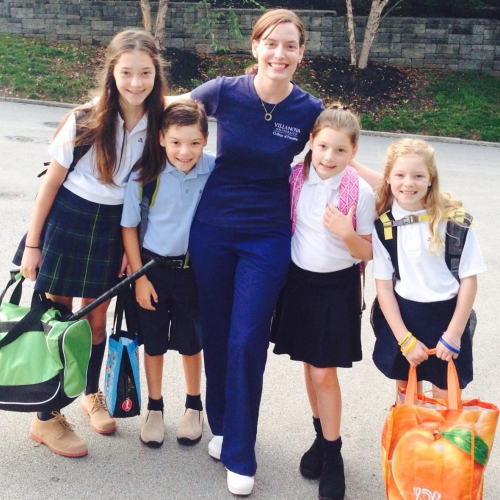 Susan Schultz, a 1996 civil engineering graduate of Villanova, completes her BSN coursework this summer. She is also a mother of four, here with (left to right) Madelyn, 12, and triplets Quinn, Avery and Sadie, 9.

Susan Quinn Schultz, a student in the accelerated second degree program, has many layers in her answer to the question “What made you want to become a nurse?” that is so frequently asked of RNs. As a 1996 civil engineering graduate from Villanova’s College of Engineering, Nursing will be Susan’s second career, as it was a calling she received later in life. 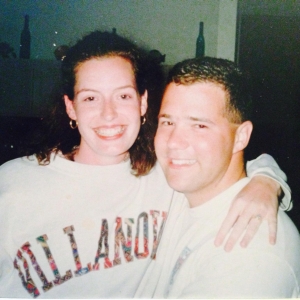 Susan and her husband, Dan Schultz, also a Villanova engineer, met their freshman year on campus, and were married in October of 1998. They soon became the proud parents of four beautiful children, Madelyn, now 12, and triplets Avery, Sadie, and Quinn, 9. Susan was in awe of the incredible care the NICU nurses gave to her triplets after birth, which originally sparked her interest of the nursing field.

Susan’s world was turned upside down in 2010 when Dan received a devastating diagnosis of sarcoma. Determined to fight, Susan and Dan began their uphill battle with cancer, which included six months of weekend trips to Mayo Clinic in Minnesota for clinical trials in which Dan was participating.  Susan was deeply inspired by the nurses who were part of Dan’s care there. Knowing the trips to Minnesota were difficult for the Schultz family with four children back at home, the nurses at Mayo condensed time schedules and were always prepared for their arrival. They expedited appointments for blood work and treatments, and also worked with the family regarding insurance and copays, always striving to make their visits as pleasant and stress-free as possible. 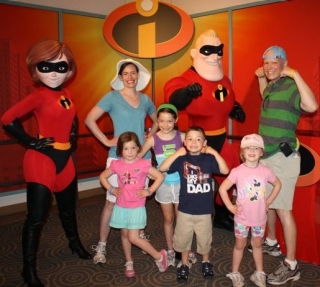 The real Incredibles with the characters of the same name: the Schultz family - Susan, Avery, Madelyn, Quinn, Sadie and Dan - poses at Disney.

Susan soon assumed the role as Dan’s nurse in their home, monitoring medications, administering IV fluids, and ensuring his well-being. One year into Dan’s diagnosis, a nurse connected them with the charity “For Pete’s Sake.” The entire family took an all-expense paid vacation to Disneyworld where they were able to make wonderful memories before Dan’s death in 2012 at age 38.  Susan remembers being so grateful for the trip they took to Disney, as it enabled her and her children to hold on to those happy memories of Dan. In his memory, “Dan’s Down Dog and Dash” yoga and 5k charity race was set up, and in its inaugural year 600 people participated to celebrate Dan’s life. Susan described Dan as upbeat and active, always “living life to the fullest,” which became the motto for the charity.

After her husband’s death, Susan decided she wanted a rewarding job that she could love, and knew she was going to pursue nursing. When asked about the first time she felt like a nurse, Susan fondly recalled her first patient encounter at clinical with a woman who had also lost her husband to cancer at age 38. In that moment Susan knew she was on the right path, and exactly where she was meant to be.

Upon graduation in July, Susan hopes to ultimately pursue a career as an oncology nurse providing the same skilled and compassionate care to her patients that her husband received.  No matter where she ends up, she knows that her Villanova education has prepared her well.  Susan firmly believes that, “Villanova has been and continues to be a pivotal part of who I am.  The friends and professors that I have met over my years as a Villanova student have been a part of our family celebrations, supported us through our challenging days and allowed me the opportunity to pursue my dream.”