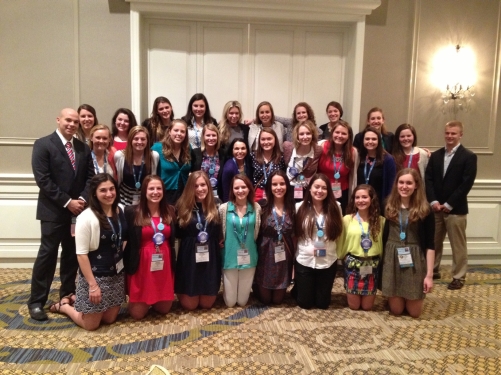 Once again, the delegation from the Villanova Chapter of the Student Nurses’ Association of Pennsylvania (SNAP) was recognized for its leadership at the state and national level this spring. Student members of SNAP traveled to Nashville, Tenn. April 9-13, 2014, along with Carol Weingarten PhD, RN, ANEF, associate professor and longtime advisor  to the Villanova Chapter of SNAP, for the National Student Nurses’ Association’s (NSNA) 62nd Annual Convention.