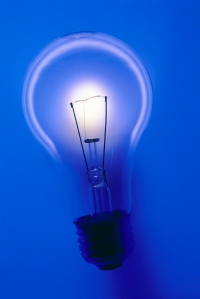 The College of Nursing's PhD program prepares teacher-scholars for careers in academic settings. While students are scattered around the nation and the globe, they are intensely focused on their work. Here is a sampling of their recent endeavors and leadership.

Lisa Aiello-Laws (2010) is Associate Editor of the newly developed “Genetics/Genomics” column in the Oncology Nursing Forum. She holds the position of Cancer Special Interest Group Coordinator for the International Society of Nurses in Genetics.

Nada H. Al-Moosa (2010) defended her proposal, “Implementing Quality Assurance and Quality Improvement in Health Profession Education during a Period of Transition,” in January. She qualified as a Leader for Excellence – Level I in EFQM Training with the TQM Consulting Group in Switzerland.

Terri Ares (2008) will present “Clinical Nurse Specialist Professional Socialization: A Concept Analysis,” at the Western Institute for Nursing conference in Anaheim in April.

Sherry Burrell (2009) served as the American Cancer Society’s Funded Researcher Panelist for the Villanova University Relay for Life Kick-Off Event in February.  She is the recipient of the 2013 Rutgers University School of Nursing – Camden Teaching Excellence Award.

Becky Coyle (2012) has assumed a new position as Nurse Practitioner with the Thomas Jefferson Internal Medicine Associates in Philadelphia.

Karen Goldschmidt (2010) presented “A Mini MOOC: Outcomes of a Gateway Introductory Course for Online Learners,” at the International Association for Technology, Education and Development conference in Valencia, Spain in March; at the Drexel University e-learning 3.0 Conference in March; and at the Drexel University Nursing Education Institute in June.  The project was reported on the front page of Inside Higher Ed Today on February 14. She has accepted “Thanatology: Eternal digital life after death” in the Journal of Pediatric Nursing (In press, July/Aug).

Jana Goodwin (2005) defended her proposal, “The Lived Experience of non-English and limited English Speaking Hispanic Persons Associated with a Past Inpatient Hospitalization in the United States:  A Phenomenological Study,” in January.

Stacy Hohenleitner (2011) participated on a panel of alumni on “Career, Challenges, and Strategies for Success,” as part of the Villanova Women’s Professional Network meeting in January.  She has been reaccredited as an ANCC Magnet Appraiser for a two year appointment.

Raja Jadelhack (2009) defended her proposal, “Assessment of a Patient Satisfaction Survey and its Relationship to Hospital Sector and Nurses’ Level of Education in One District in Saudi Arabia,” in February.

Sue Lynch (2011) published “The Collaborative Relationship between Mentor and Student,” in the AORN Journal, Vol. 96 (6), pp. 570-572, in December. In addition, she authored or coauthored 3 posters presented at the AORN Congress in San Diego in March:  “Surgical Count Documentation: Standardization and Implementation,” which won an award for clinical excellence; “Effective Handoff Communication;” and “Error Prevention and Compliance with MLHS ‘Culture of Safety’ Initiatives.”

Anne Muller (2010) was promoted to Director for Critical Care Nursing at United Health Services.  She has been elected to a two-year term as Treasurer of the National Association of Clinical Nurse Specialists.

JoAnn Platko (2005) defended her proposal, “Nursing Students’ Beliefs and Attitudes Regarding Pain Management Knowledge Across Educational Levels,” in December. Also in December she presented “The Value & Impact of CRNA Practice” at the Somnia Anesthesia Leadership Conference in New York City.

Kimberly Ratelle (2010) will present on a panel, “Helping Achieve IOM’s Recommendation for 80% BS in Nursing by 2020,” at the ATI Nurse Educator Summit in Las Vegas in April.

Kelly Reilly (2010) will present a poster, “Influence of the Nurse Manager: A Concept Analysis,” at the Eastern Nursing Research Society conference in Boston in April. She will present a paper, “ROI: The Business Case for Clinical Simulation Programs,” at the New York Organization of Nurse Executives Conference in Tarrytown in April.  In addition, Kelly has obtained certification for the Society for Simulation in Healthcare as a Certified Healthcare Simulation Educator (CHSE).

Pennie Sessler Branden (2008) defended her dissertation, “The Nurse as Advocate: A Grounded Theory Perspective,” in December and will present her findings at the Sigma Theta Tau International Research Congress in Prague in July.

Susan Vacca (2011) has been named Co-Chair of the New York Presbyterian Hospital Ambulatory Care Network Nursing Research and Education Committee.  Next year she will chair the committee.

Robin Weingarten (2012) has been accepted to present at the Emergency Nurses Association conference in Nashville in September.

Amy Weaver (2007) has published “The journey of transforming to a simulation nurse leader in Ohio,” in Nursing Education Perspectives, and “NLN’s simulation leaders give SIRC bibliography site a makeover,” in Nursing Education Perspectives. She will present “Using Simulation to Teach Caring for Aging Adults” at Aging and Society: An Interdisciplinary Conference in Chicago in November.  She will co-present a poster, “Intramuscular Injection Best Practices: What Does the Literature Say?” at the Ohio Nurses Association 8th Annual CE and Staff Development Educators Conference in  Columbus, OH and the Seventh Annual Nursing Research Idea Fair, Humility of Mary Health Partners, in Youngstown, OH, both in April.  Amy is serving as a proposal reviewer for the NLN's Research in Nursing Education 2013 Grant.