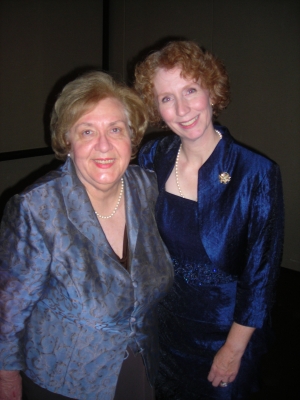 Professor Elizabeth Burgess Dowdell, Ph.D., R.N., FAAN was among 176 nurse leaders from across the country to be inducted as a fellow during the American Academy of Nursing’s 39th Annual Meeting and Conference on October 13, 2012 in Washington, D.C. Composed of the nation’s top nurse researchers, policy makers, scholars, executives, educators, and practitioners, the 2012 cohort is the largest class of inductees yet.

Dr. Dowdell was selected for the prestigious honor because of her significant and sustained contributions as a nursing leader and advocate for vulnerable children.  She has contributed more than any other nurse scientist to knowledge on perilous Internet behaviors of youth, and is funded by the U.S. Department of Justice. More specifically, Dr. Dowdell’s pioneering research has explored the interrelationships among various forms of electronic aggression, including “cyber-bullying” and “sexting.” This cutting edge research informs policy on strategies for protecting children and adolescents from Internet-associated hazards.

Dr. Beth Dowdell, right, is now a fellow in the American Academy of Nursing. She is seen here with her mother, Ann Wolbert Burgess, D.N.S., RNCS, FAAN, professor of nursing at Boston College. Dr. Burgess is an internationally recognized pioneer in the assessment and treatment of victims of trauma and abuse. The two are the first mother and daughter members of the prestigious Academy.