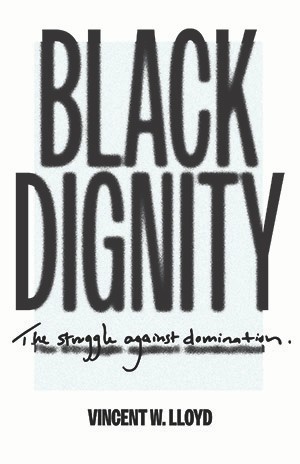 VILLANOVA, PA – “An important dimension of dignity has been forgotten,” suggests Vincent Lloyd, PhD, professor of Theology and Religious Studies and director of the Center for Political Theology in Villanova’s College of Liberal Arts and Sciences, in his new book Black Dignity: The struggle against domination (Yale University Press, 2022). Looking to the Black Lives Matter movement, Black Dignity aims to re-orient the way readers envision the concept of dignity.

“Too often we think about dignity as a kind of nobility (the dignity of kings, judges, or bishops) or as an attribute of our shared humanity. I argue that the Black Lives Matter movement draws our attention to a different sense of dignity: dignity in motion, performed in struggle against domination,” Dr. Lloyd says.

Drawing on academic conversations in philosophy, political theory, Africana studies and religious studies, Black Dignity presents the distinctive moral vision of the BLM movement, beyond the movement’s rhetoric and hashtags, in terms that engage readers of all backgrounds. “[The book] is meant to invite readers who may be students or non-academics into the sort of careful, thoughtful analysis we do in the academy, without the stilted, pedantic tone that often comes with academic writing,” Dr. Lloyd explains.

One way he’s challenging readers to conduct such thoughtful analysis is by considering the role of Black activists: “Too often these days the names of Black thinkers are invoked as talismans, magically empowering those who invoke them (and marking racial or political credentials). Black Dignity urges us to turn from names to ideas, and to argue with those ideas. Even the greatest Black thinkers and activists get things wrong. Sometimes they disagree with each other, and we should be willing to name that disagreement and think through where we land,” Lloyd shared in a recent interview about the book.

Former director of the Africana Studies program at Villanova, Dr. Lloyd is especially passionate about using the ideas and methods of Africana studies to understand the BLM movement.

“Recently, scholarship in Africana Studies has gone back to its roots, closely connected to social movements. My book aims to synthesize these new insights and make them accessible to a broader audience,” he says. “The BLM movement’s moral vision draws on this long tradition of Black political engagement and intellectual production, but it is articulated in a new ways, pushing beyond the framework of multiculturalism that has dominated the cultural politics of race over the last half century.”