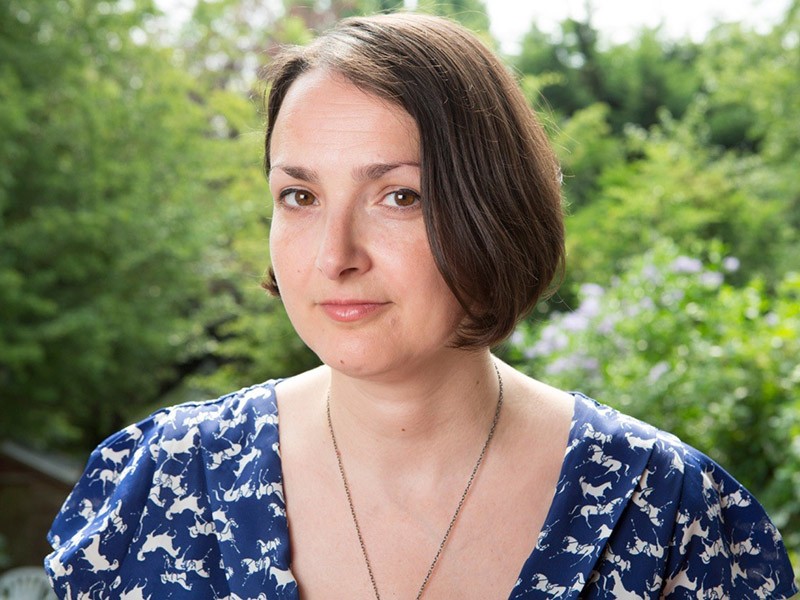 Villanova, Pa. – Villanova University has selected award-winning Palestinian Irish playwright and dramatist Hannah Khalil as the 2021 Charles A. Heimbold Jr. Chair of Irish Studies in the College of Liberal Arts and Sciences for the spring 2021 semester. The visiting writer-in-residence program offers Irish Studies students the enriching experience of a close classroom experience with one of Ireland’s finest authors.

Khalil’s theatre work includes A Museum in Baghdad, which opened at the Royal Shakespeare Company’s Swan Theatre in 2019; Interference for The National Theatre of Scotland; The Scar Test for London’s Soho Theatre; and Scenes from 68* Years for London’s Arcola Theatre. The latter work was nominated for the James Tait Black award and has subsequently been produced by Golden Thread Theatre in San Francisco as well as in Tunisia, supported by British Council Tunisia and Arab Fund for Arts and Culture. Khalil was awarded The Arab British Centre's Prize for Culture 2017.

Khalil is currently under commission to write new work for Shakespeare's Globe Theatre, Chichester Festival Theatre, The Kiln and Golden Thread San Francisco. Along with her theater work, Khalil has written numerous radio plays, including The Unwelcome, Last of the Pearl Fishers and The Deportation Room, all for BBC Radio 4. Her television work includes multiple episodes of the BBC Channel 4 drama Hollyoaks.

Her screenplay, The Record, won the Tommy Vine screenplay award at the Underwire film festival, and it went on to become her first short film. It was selected for inclusion at London Palestine Film Festival and Almagro Festival as well as Filmets Badalona Film Festival and was a finalist in the Tolpuddle Radial Film Festival.

Khalil will present a digital lecture and reading as part of the 2021 Villanova Literary Festival on Thursday, April 15, 2021 at 5 p.m. Register here.