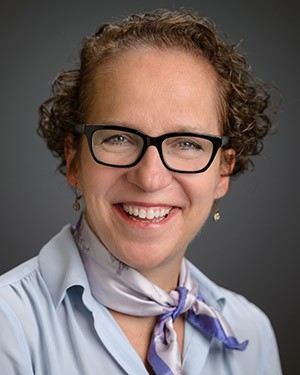 Villanova, PA – American slavery tore apart families—separating wives from husbands, children from parents, siblings from each other. When slavery ended at the end of the Civil War, emancipated slaves searched for their lost loved ones by placing hopeful and often-heartbreaking newspaper advertisements. Judith Giesberg, PhD, a professor of History at Villanova University, has received a grant of $100,000 from the National Archives and Records Administration’s Historical Publications and Records Commission to support her project "Last Seen: Finding Family After Slavery," which recovers the stories of families separated in the US domestic slave trade.

"Last Seen" identifies and publishes thousands of “Information Wanted” advertisements written by formerly enslaved people looking for family members who been taken from them, sold by their enslavers and moved thousands of miles away. “Information Wanted” and “Lost Friends” advertisements began appearing in African American newspapers in the early years after emancipation and continued until the early 20th century, as aging former slaves continued to hold out hope of finding their lost loved ones. These documents are crucial to understanding the experience of slavery as told in the words and through the eyes of enslaved people, and they hold important clues for descendants of slaves seeking to trace their genealogy.

Dr. Giesberg and her students read through microfilm of newspapers from around the country, identify and collect the ads, and publish them on an open-source database at informationwanted.org. More than four million people have visited the site—4,700 have turned to the site in June 2020 alone—and it has been covered by NPR, The Washington Post, the CBS Evening News and the Philadelphia Inquirer. Henry Louis Gates Jr., the Alphonse Fletcher University Professor and Director of the Hutchins Center for African and African American Research at Harvard University, said of the collection—which he used in his 2019 PBS series, "Reconstruction: America After the Civil War"— “a wonder.” “[It is] one of the most valuable tools available to working historians, scholars, and filmmakers alike.” In addition, Dr. Giesberg and her graduate students have brought the project into public schools and, with Villanova colleague Valerie Joyce, PhD, chair and associate professor, Theatre, have involved community members in public performances.

The grant will make possible the addition of more than 1,600 new advertisements, a complete redesign of the website that will result in greater discoverability, and new teaching and genealogy resources for those who use the site, according to Dr. Giesberg. It will also fund a new graduate assistant position.

“Family is an essential part of the human experience, yet enslaved people were routinely denied family in the US,” said Dr. Giesberg. “But slavery’s survivors held on to memories of their loved ones and recording the existence of their families in these advertisements. With the help of this grant, we will make these invaluable resources for family genealogists and historians more accessible and even more widely used.”