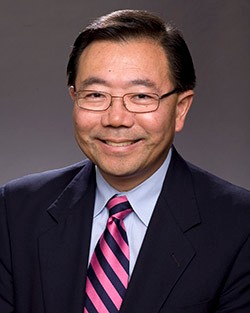 Villanova, PA – The Villanova University Ethics Program in the College of Liberal Arts and Sciences has named Stewart Kwoh, Esq., founder of the nation’s largest Asian-American Civil Rights organization, the recipient of the 2020 Praxis Award in Professional Ethics.

Because last year’s Praxis Award Ceremony did not take place due to the pandemic, the Ethics Program will celebrate the life and work of Kwoh in a webinar on Wednesday, April 7, from 4:30 – 6 p.m. The webinar will be an exploration of the challenges and opportunities of the US immigration system today. Kwoh will be joined by Michele Pistone, JD, professor of law and director of the Clinic for Asylum, Refugee and Emigrant Services at Villanova University's Charles Widger School of Law, and two law students.

Since its inaugural year in 2007, the Praxis Award is given to a professional or academic who exemplifies the highest ideals of their profession or who has contributed to professional ethics scholarship. A nationally recognized leader and expert in race relations, Kwoh is the founder, past president and executive director of Asian American Advancing Justice-Los Angeles, which provides services for more than 15,000 individuals and organizations each year, including individuals seeking US citizenship and victims of domestic violence, hate violence and exploitation.

Kwoh was named a MacArthur Foundation Fellow in 1998, becoming the first Asian American attorney and human rights activist to receive the recognition. He is a co-author of Uncommon Ground: Race and America’s Future (2010) and Untold Civil Rights Stories (2009). The latter was described by former Los Angeles mayor Antonio Villaraigosa as “a social milestone that recognizes the unsung contribution of Asian Americans to America’s Civil Rights Movement.”

Kwoh holds a JD from the University of California-Los Angeles School of Law. He serves as an adjunct faculty member at UCLA, where he teaches in the Department of Asian American Studies.