Blocking a Path Out of Poverty 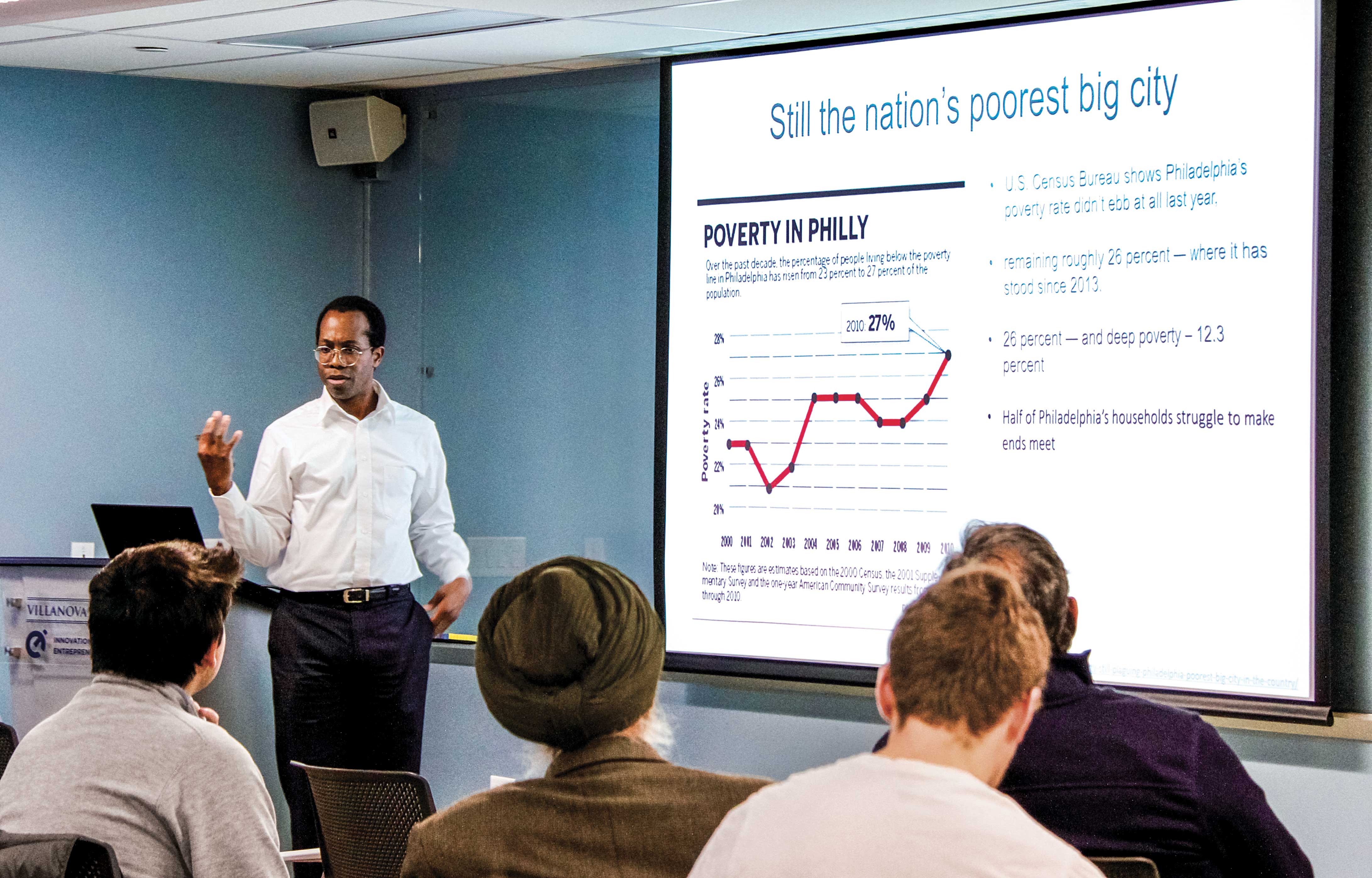 When they hear the term “blockchain,” most people automatically think of bitcoin and other cryptocurrencies that have made financial headlines during the past decade. But beyond being a trendy solution for virtual currency, emerging blockchain tech has compelling real-world applications that many scholars, including those here at Villanova, are just discovering.

The University hosted a three-day “idea hackathon” in November, bringing together more than 30 students from Engineering, Business, Liberal Arts and Sciences, Nursing and Law to examine poverty from a global perspective. The student teams took on the ambitious task of developing design solutions for tackling the issue using blockchain technology.

“The technology underlying blockchain is exceptionally flexible and useful for things apart from cryptocurrency,” says Michael S. Pagano, PhD, professor of Finance. “The notion that blockchain perhaps can advance dynamic solutions for alleviating poverty is immensely exciting to me.”

Hasshi Sudler ’92 COE (pictured above), CEO of the cybersecurity firm Internet Think Tank and an adjunct professor who teaches cybersecurity and blockchain technology at Villanova, led the initiative along with Dr. Pagano and Pritpal Singh, PhD, professor of Electrical and Computer Engineering. “If blockchain can redefine economic processes, the question is, can it disrupt poverty and generate economic uplift?” says Sudler. “Our goal was to leverage its potential to solve a big problem in the world today.”

The students’ projects applied the special properties of blockchain, including immutability, transparency and security, to ultimately change some of the fundamental contributors to poverty. Among the diverse and creative solutions to emerge from the weekend was a transaction record system used to feed the poor; a concept that would allow blockchain’s public access to help ex-convicts get back in the workforce; and an idea that would cut the “red tape” to gain government social services.

In the end, the judging panel, an interdisciplinary group of industry professionals and Villanova faculty, awarded the first prize of $4,000 to a team that used a cryptotoken known as Trustcoin to build individuals’ credit scores.

The College of Engineering plans to evaluate several of the poverty alleviation initiatives presented at the hackathon for continued research and funding. But for Sudler, the value of what was created goes beyond the prizes: “All of those ideas were very unique and valuable because they really touched upon different aspects of the poverty problem and the students came away with a better understanding of how complex poverty is.”

If blockchain can redefine economic processes, the question is, can it disrupt poverty and generate economic uplift?”

A Countess and a Revolutionary