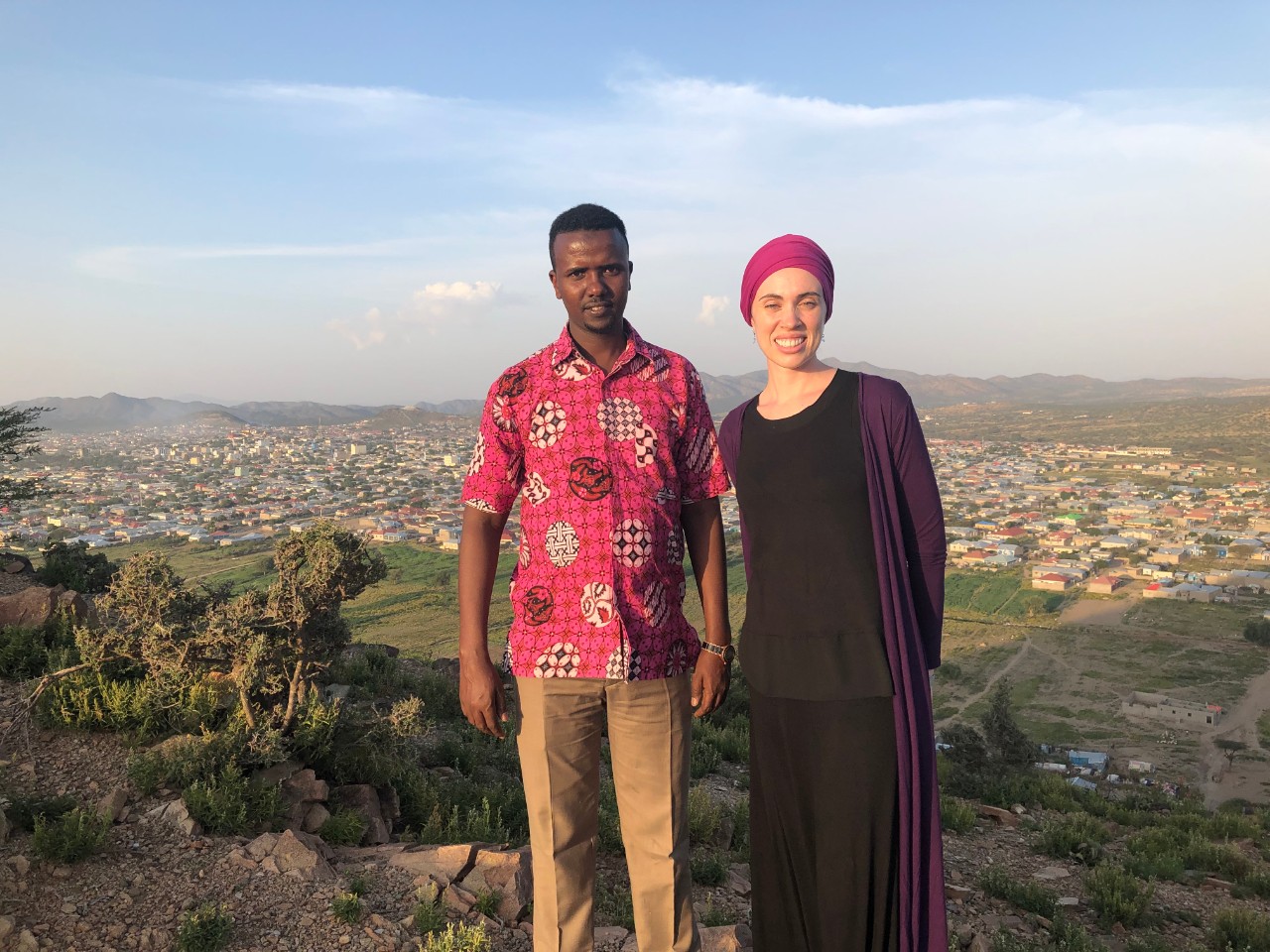 Since graduating from Villanova Law, Caitlin Lambert ’15 has been working in Somaliland, a self-declared sovereign state in East Africa, as a human rights lawyer. Most recently, she founded the Children’s Legal Defense Center in Somaliland’s capital city of Hargesia, to provide legal assistance to imprisoned children and their families. Originally from rural Dushore, Pennsylvania, Lambert was first inspired to begin her work in Africa while she was an undergraduate student at Mount Holyoke College in Massachusetts.

“I had a really great professor at Mount Holyoke who I’ll never forget said to me in an advising session, ‘When you graduate, you should have one big idea,’” said Lambert. “And my one big idea at the time was moving to Rwanda and working there, because in reading and learning about Rwanda it was the first time that schoolwork didn’t feel like work for me.”

Armed with her “big idea,” Lambert set her sights on Rwanda where she spent two years as a researcher with the non-governmental organization, African Rights. Her work focused on interviewing survivors and perpetrators of the Rwandan genocide to create a collection of testimonies and reports, as well as coordinating a micro-grant program for 11 women survivors who were raped during the genocide and were living with HIV/AIDS as a result.

“I worked with one woman in particular who was raped during the genocide and because of some training went on to buy two homes and establish a shop,” said Lambert. “It showed me the good an individual can do if they have skills, and it got me thinking about law school and the skills that I needed to really do the work I wanted to do. Working in Rwanda is what pushed me to go to law school.”

Back in the United States, Lambert applied and was accepted into the Public Interest Scholars Program at Villanova Law, receiving a full-tuition scholarship to pursue her law degree and future career in public interest law. “When I received the scholarship the late Professor John Murphy reached out to me,” said Lambert. “He was such a wonderful person and my interaction with him was a big reason why I came to Villanova. He supported me and my interest in human rights during all three years at law school.”

Lambert, who also holds a Master’s in International Human Rights Law from the University of Oxford, found Villanova to be a very supportive community and the Public Interest Scholars Program was full of “like-minded individuals.”  She was also associate editor of the Villanova Law Review and held numerous varied internships during her law school career, including as a legal intern at both the Nationalities Service Center in Philadelphia and the International Justice Project in Newark, NJ.

During the summer after her 2L year and into the fall semester of her 3L year, Lambert completed a six-month legal internship in the Appeals Chamber of the International Criminal Court in the Netherlands where she conducted legal research on questions of international criminal law. “It was a fantastic opportunity and the staff at Villanova helped me figure out what credits I could take to make it happen,” said Lambert. I worked with judges from Finland, Botswana and Nigeria on a variety of different cases, and they really liked me because I was so good at source checking and citations from my experience and work of being on the Villanova Law Review.”

After she completed her law degree, she passed the Pennsylvania bar exam and realized that her heart was still in East Africa. She landed a position with Horizon Institute, where she worked for more than five years, first as a legal officer and then as a legal advisor. Her work included developing and managing a criminal justice paralegal program that provided legal assistance and education to over 3,000 vulnerable detainees in police stations and prisons in Somaliland, eventually leading to the secure release of nearly 1,900 detainees.

“The legal system in Somaliland is still evolving and developing,” said Lambert. “There is a shortage of lawyers in the country and there is no public defender program. The majority of individuals who go before the court are unrepresented and don’t know the system and how to advocate for themselves. Through the paralegal program, we taught imprisoned people the law, how it applies to their situation and then we worked with them to defend themselves.”

Lambert’s prison work was a real turning point for her career. Time and time again she met people in prison who she did not expect to be there. “They are teenagers who stole a mobile phone and didn’t have representation, poor mothers who sold alcohol to support their families (illegal in this Muslim country), people accused of stealing goats and couldn’t afford the $25 fine,” she said. “For me it was a radical shift in my thinking about the system and if it’s really about justice in any sense.”

Imprisoned children, in overcrowded and poorly maintained prisons, struck a chord with her. In Somaliland, a child must be 15 years old before the criminal justice system can hold them accountable, however most do not have birth certificates or other identification to prove their age. “Age is not important culturally so people often don’t know how old they are, but it is important when trying to prove they are a minor and cannot be wrongfully held in jail for years.”

Inspired to focus solely on helping wrongfully imprisoned children, in November 2020, Lambert, founded the Children’s Legal Defense Center. Along with her business partner Idiris Muhammed, a native of Somaliland, Lambert provides free legal defense for poor families who otherwise would not be able afford the legal assistance to get their children out of prison. They strive to assist children and their families to understand the law and how it applies to their situation, and then work with them to use it. This is not just about teaching people their rights. Lambert and Muhammed work alongside those who society marginalizes and disfavors, like young people accused of crimes, to ensure they receive the legal protections they are entitled to.

“These children are spending time in prison when they should be in school learning and trying to better their lives,” she stated. “They have hopes and dreams, but it’s being taken from them while they wrongfully serve long prison sentences just because they didn’t understand the legal system or have legal representation.”

So far, the pilot program has helped more than 90 individuals, mostly children, either get out of prison or have their sentences reduced. Her goal is to grow the program into an official nonprofit organization with additional legal advocates so they can have an even greater impact and make a difference in more Somaliland children’s lives.